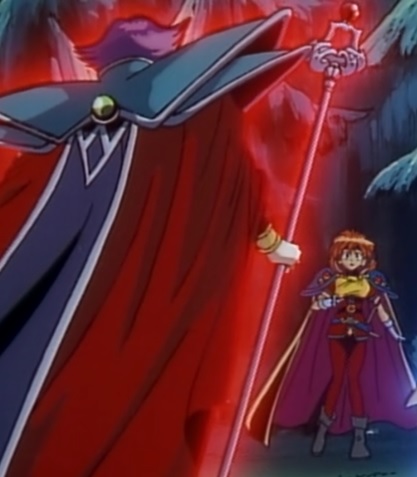 Suggested by Sonic While you would usually expect the main character to have long since surpassed one of the original villains, Rezo made a name for himself because of how crazy powerful he was. In terms of sheer power Lina never quite caught up to this guy who destroyed a whole island with a single blast. Her signature destruction attack would not be able to break through his. She is still awaiting the big power up to surpass him. Rezo wins.