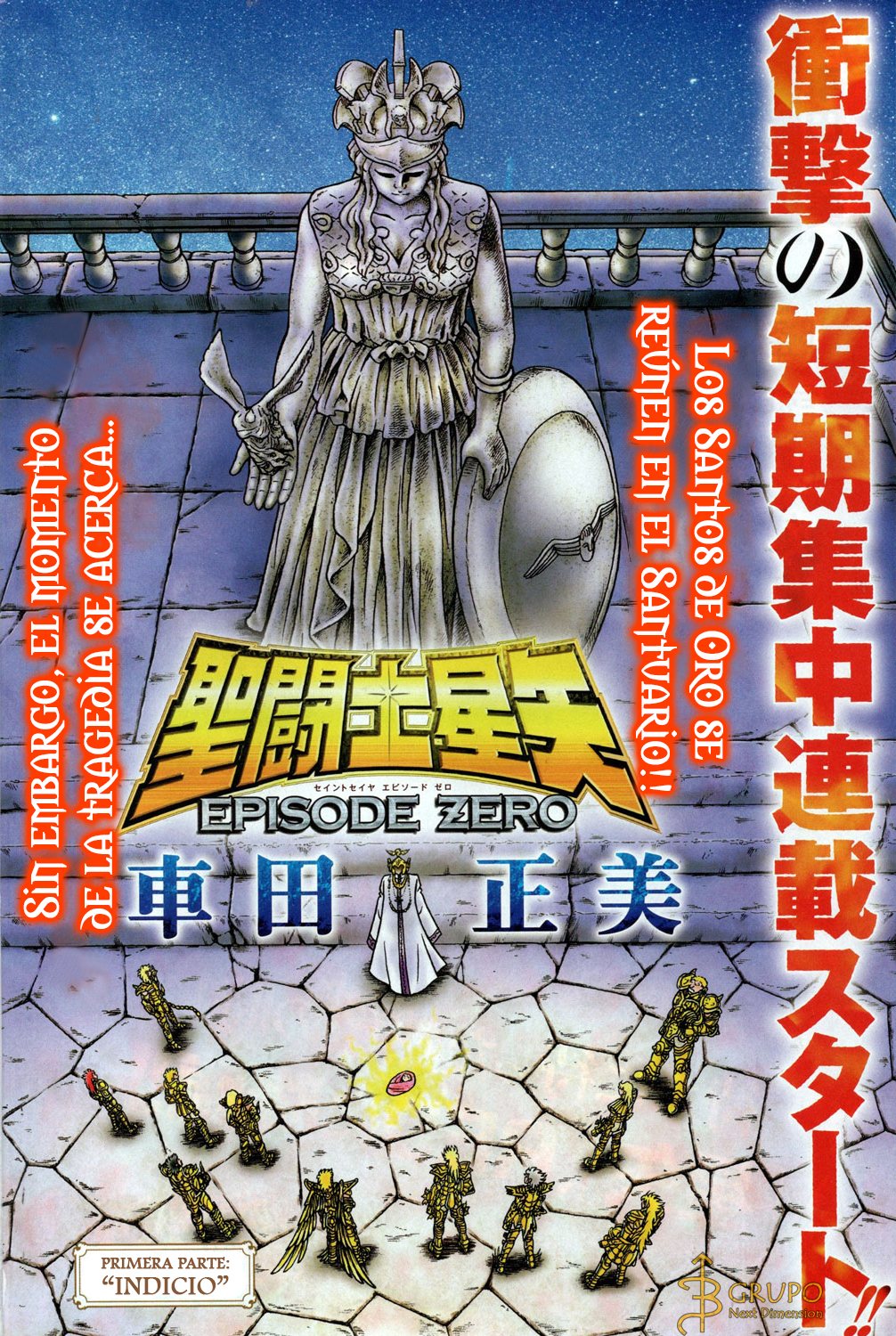 Saint Seiya has always made it clear that most of the Gold Saints are either evil or complacent. They don’t help when it counts and usually avoid fighting entirely so Athena never really had a lot to work with. This quick one shot expands what happened with Aiolos into 3 chapters and shows us just how much he had to go through to keep her safe. It’s a fun prequel and I always like seeing more of this guy since he is easily the best Gold Saint and one of the best Saint Seiya characters in general.

Episode Zero starts off with the Pope getting ready to choose which Gold Saint will succeed him in the position. There are really only two candidates who are close to the position though and they are Aiolos and Gemini Saga. Aiolos believes that Saga would be the best man for the job since the guy is revered as really being a great person and his abilities are second to none. Little does he realize that Saga is currently dealing with a lot of inner doubts and believes that Aiolos should be the man for the job.

The time table is sped up though when Saga goes missing and the Pope seemingly goes insane. Aiolos needs to keep baby Athena safe but where can he go? The other Golden Saints all want Aiolos dead since the Pope claims he is trying to take Athena and they have enough power to rend the whole solar system into oblivion. Somehow Aiolos needs to escape them and get Athena to safety but this won’t be easy.

All Saint Seiya mediums have one thing in common, they make sure to show that the Golden Saints are absolutely the biggest jerks around. I don’t want to hear that they’re supposed to be heroes or anything like that because they really aren’t. They actively do everything they can to help the villains and don’t listen to reason. Now, we already knew this because this 3 chapter prequel is effectively expanding on what we saw near the beginning of Saint Seiya. So you know how it ends but this really gets into the specifics.

I’d say it’s also taking a few liberties here as Aiolos refuses to fight back while he’s usually shown to be fighting against the Golden Knights. My favorite part of the mobile game was when he knocked out 3 of them in the opening level. Given that Aiolos is one of the strongest Golden Knights it makes sense although I suppose this manga would probably have more weight as canon material than a mobile game. Not really sure.

Regardless, Aiolos shines through as a great character here. Since he knows that the war with Hades is approaching (I think he may have underestimated how long it would take for Hades to show up since that was the final arc of the series) he has decided not to injure any of the Golden Knights since they will need to all be ready to fight soon. That part can be a little frustrating as these villains are pounding away at him and he decides not to fight back. I think it’s the wrong call but I admire his drive.

Aiolos manages to complete his mission with flying colors and never looks back. As for the other Golden Knights, well they get 0 points to be honest. So you’ve got the main 3 who are after him, Aphrodite, Shura, and Death. Usually I see him called Death Mask but in this manga they just call him Death which is a cool title anyway. These guys are pretty bad. At least Death has the excuse of actually being evil which makes a lot of sense on why he wouldn’t mind carrying out this mission.

The other two have no such excuse and they look awful when they try attacking Aiolos and basically say that they won’t listen to anything he tells them. Must be easy to trick someone when they won’t hear the other side of the story. They just look so petty ganging up on Aiolos when he won’t even fight back. Not minding the fact that their attacks will put Athena in danger is also really suspect.

The entire goal of the Golden Saints (Or any Saint to be honest) is to protect Athena so when they put this mission on hold or try to attack her then that means they are failing in their entire purpose. It’s just a really bad look and it’s why I never liked the Gold Saints. Aiolos is the only exception and that’s why he had to get bumped off early.

Gemini Saga also looks pretty bad here. He is overwhelmed by his dark side with such ease that it’s disgraceful. When you have a split personality you’d like to think that both sides are pretty evenly split but the evil one is clearly a lot more powerful. How did that ever happen? It means that the good side was definitely slacking in his mental defenses. He only ever whines when he is on screen which isn’t a good look anyway.

Athena actually gets a pretty intense scene where she glares at one of the Golden Saints and stops him in his tracks. Yeah it’s a little cheesy I’ll grant you that but at least Athena is doing something. That’s more than what she tends to do in the main series after all.

The art is pretty solid. It’s definitely got the vibe of the original series within it that’s for sure. There isn’t really a chance for a lot of fight scenes here which is unfortunate but I suppose it would be hard to incorporate more into this prequel. I still defer to the mobile game since it did add the extra fights to this part of the saga. 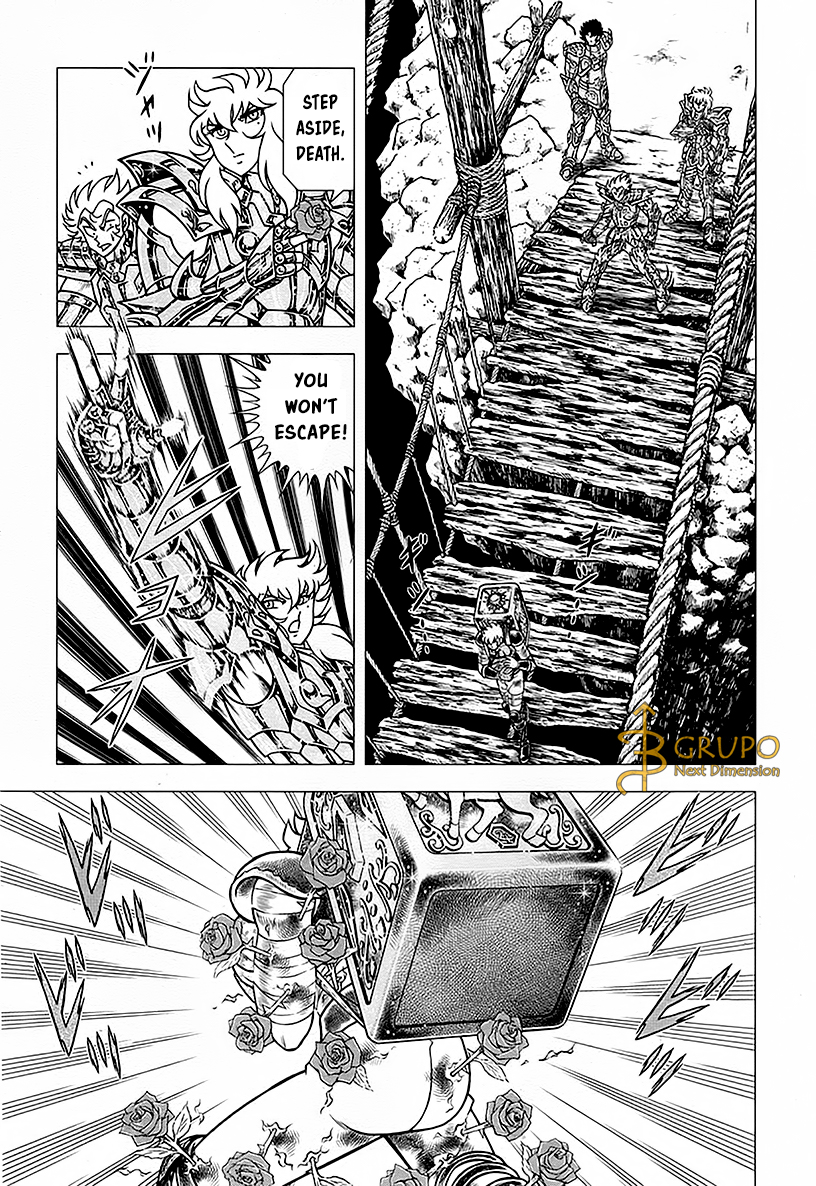 Overall, This was a fun prequel. It’s always good to see more of Aiolos since he doesn’t get to appear almost at all in the main adventures. That’s why I would have liked to have seen him fight more. Since it’s only 3 chapters, the series goes by in a flash but it was certainly a fun ride. If you enjoy Saint Seiya then this is definitely a good special to check out. Hopefully one day they bring Aiolos back into more of a starring role. I’ve still got a lot of different spinoffs to check out so maybe he’ll be in one of those.