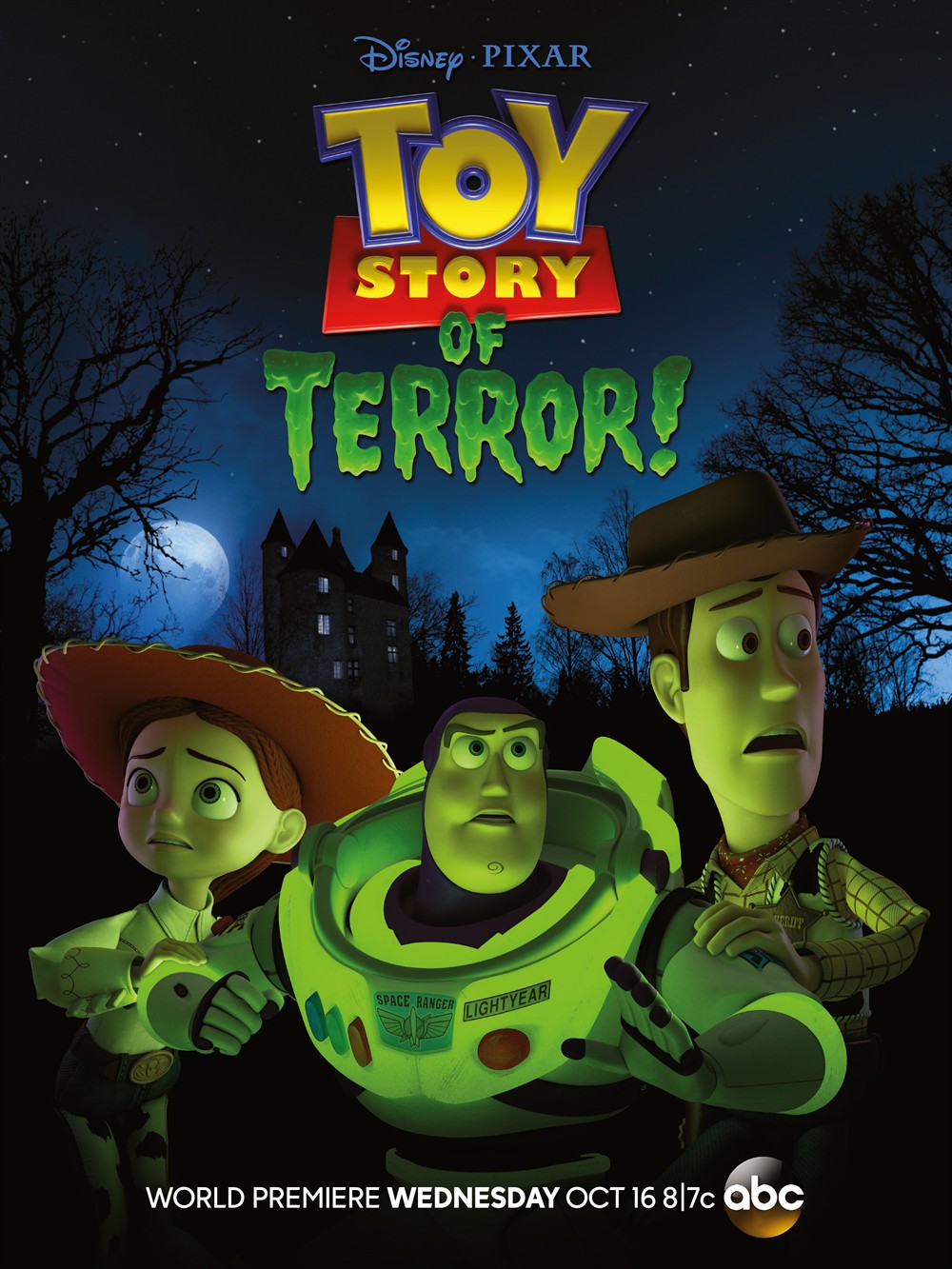 Time for a spooky story with the Toy Story special. It’s pretty impressive that the franchise got a special which effectively works as a true mini movie. It looks just like the actual movies and with the voices back, you could stick this in as a subplot during one of the movies and it would work quite well. It’s a solid self contained story and at less than 30 minutes long, it really goes by in a flash.

The special starts with the owner’s car getting a flat tire so they are forced to stop at a motel. The toys are dropped off and this should all be fine except one by one the toy start vanishing. Jessie warns everyone to stay together but they just can’t help but dash off. Soon Jessie is the only one left. She bumps into a toy named Combat Carl who warns her to stay put. Still, her friends might need her. Can Jessie overcome her claustrophobia and fear of being alone or will this be game over?

Most of the special takes place at night which is cool since it helps establish the atmosphere right away. Same with the Motel itself as it appears to be quite ominous. In a way I feel bad for Motels because in every movie/show I’ve ever seen they always appear to be really shady. I imagine motel owners would like to clean up that image at some point but maybe it’s just too late at this point in time so they’ve all given up.

Jessie works well as the main character since she’s one of the more interesting Toy Story characters. Additionally her fear of being boxed in and of being alone works well in a setting where everyone is being taken out. It works as a solid character arc here and she had to be brave to get past the mysterious monster. At the end of the day the toys would have been toast without her.

The mysterious monster turned out to be a pet named Mr. Jones who worked for the villainous Ron. I was glad to have some antagonists here, it made for a fun little climax since it gave the heroes a real obstacle that they had to overcome as opposed to this being all fun and games. For example, Jones is rather fast so it makes sense that avoiding him wouldn’t be easy. All it takes is one charge/lunge and that’s game over as well. Jones also means well since he knows that he will get his snacks for finding the toys.

Then you have Ron who is really looking to make a quick buck. I’d like to see the story behind this guy because he has to be truly desperate to be stealing toys from little children. I mean, if you’re going to be a criminal you figure there should be more efficient ways to earn money. Why has this guy taken such a path? By the end of the movie you know that he is completely doomed and in a way he just makes it worse for himself by running. It did end up being a fun way to end the special but Ron really didn’t handle the situation well. He’s a fun villain and good at making money but he really took the wrong path in life.

As for the toys, Combat Carl gets a big role here as he gives Jessie the inspirational speech to keep on going on matter what. Without him she may not have ultimately been able to gather her strength in time. In some ways he reminds me of Buzz since they’re both so confident. Buzz and Woody don’t get much to do here but I suppose they have the films for that. Pricklepants gets a big role here but I wasn’t crazy about it. Basically Prickle keeps reminding us about horror movie tropes and how the heroes are nearly doomed. I think this joke got worn a bit thin by the end of the special since that was the entire subplot. You can also blame a lot of this adventure on Mr. Potato Head since he was the first one to run off.

As mentioned, the animation is quite impressive considering that this wouldn’t have gotten the same kind of budget as one of the films. It maintains the art style well. It may not be something that looks as streamlined as a traditional hand drawn title but it does the job. The toys are on point and scenes where the toys have to try and execute complex maneuvers is fun to see since they are constrained by how the toy works. As a result they have a whole lot of difficulty with a paper clip in one scene.

Overall, This is a short special so there isn’t much more to say about it. It’s a fun story and should keep you entertained from start to finish. It’s an adventure with a full beginning, middle, and end that has a good amount of replay value. The writing is on point and the characters are likable so there really isn’t anything to dislike here. It’ll really be over before you know it and you aren’t likely to forget the antagonists any time soon.