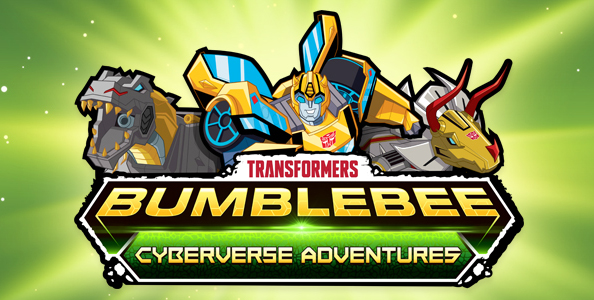 Well, who’d have thought that Cyberverse would come back? After the show ended, some time passed and then they announced that the show would continue with 2 mini movies. This basically became season 4 with two, two part events. It still feels rather random but who can say no to some more adventures right? I wouldn’t say either episode is quite up there with the best that the show was dishing out in season 3 but they’re fun enough episodes and the nostalgia is the important thing here. So lets take a look at the two stories here.

The first story has the Autobots and Decepticons preparing to finally make the peace between both sides official. It’s been a long time coming after all and this will mark a brighter day for Cybertron. Unfortunately that isn’t to be as the entire planet is frozen solid. The only ones to escape are the Dinobots and Windblade, but she is quickly captured. Grimlock must unite these Dinobots to that they can use a merged form to stop the group of bounty hunters led by the powerful Trypticon. Will they be able to save the day or will it be curtains for Cybertron?

I have to say that the bounty hunter’s ray is really impressive. The fact that it can take out an entire planet in the blink of an eye is terrifying. It reminded me of the whole premise for Dr. Stone. The Dinobots are really just lucky to have gotten out of that one. It was a bold pick to have them be the main characters here but I wouldn’t say it paid off. This has always been my least favorite incarnation of Grimlock and I can’t say that the other Dinobots are much better. As the big premiere to the new season I would have rather had Optimus Prime or Bumblebee at the ready.

The bounty hunter group isn’t bad though. Trypticon makes for a good leader of course. In this version he is portrayed as a tough boss who talks a good game but does care for his subordinates when the chips are down. He seemed like a really practical guy and someone you wouldn’t mind working for. Then you have Soundblaster who gets a rather big role here. You may chuckle a bit at his villainous origin story of why he turned against Soundwave and the others though.

This did mean that Soundwave got to have a true rival though so that was near. There are a few other forgettable members and then you have the last two, Bug Bite and Nightbird. Now these characters were fun as evil versions of Bumblebee and Arcee. It’s not literal but the character designs are the same so why not right? Nightbird had good close combat skills and Bug Bite was good at always moving and keeping everyone on guard.

So as a whole the bounty hunters were a lot more memorable than I would have expected them to be. They made for good antagonists and were easily the highlight of the two part story event. I just wish the heroes could have been as interesting. The whole Dinobots learning how to fuse thing got old fast and none of the Dinobots have enough charisma to hold their own scenes. They’re easily some of my least favorite Autobots and end up holding the special back. So in the end it’s a good two parter but not a great one.

Finally the other 2 part adventure sees the return of the ultimate Decepticons. Out of nowhere they start appearing on Cybertron only they are fighting each other for some reason. It’s difficult to get them to disengage and Cybertron itself may be destroyed at this rate. One of these robots still appears sentient though and explains that the Autobots can help the rest too. They just need to get another legendary relic of the Primes but it can only be opened by someone with the Matrix. It’s obvious that this is a trap so I’ll jump ahead a bit to say Tam (The sentient robot) gets this artifact and is now intent on using it to destroy all of the Autobots. The War for Cybertron has begun anew. Will any Decepticons continue to aid the Autobots or will we go back to square one?

Now this was a big step up from the first story. It’s a massive upgrade on all fronts from the action scenes to even having more of an ensemble cast. This time almost everyone gets a little something to do. Prime, Soundwave, Bumblebee, Windblade, the Dinobots, etc. Everyone has to pitch in and help this time around because the villains are too powerful for anything else. The perfected Decepticon robots are also impressively strong like last time. One on one only someone like Optimus Prime can defeat them. The other fighters don’t stand much of a chance which is why it was so important to try and shut them down. 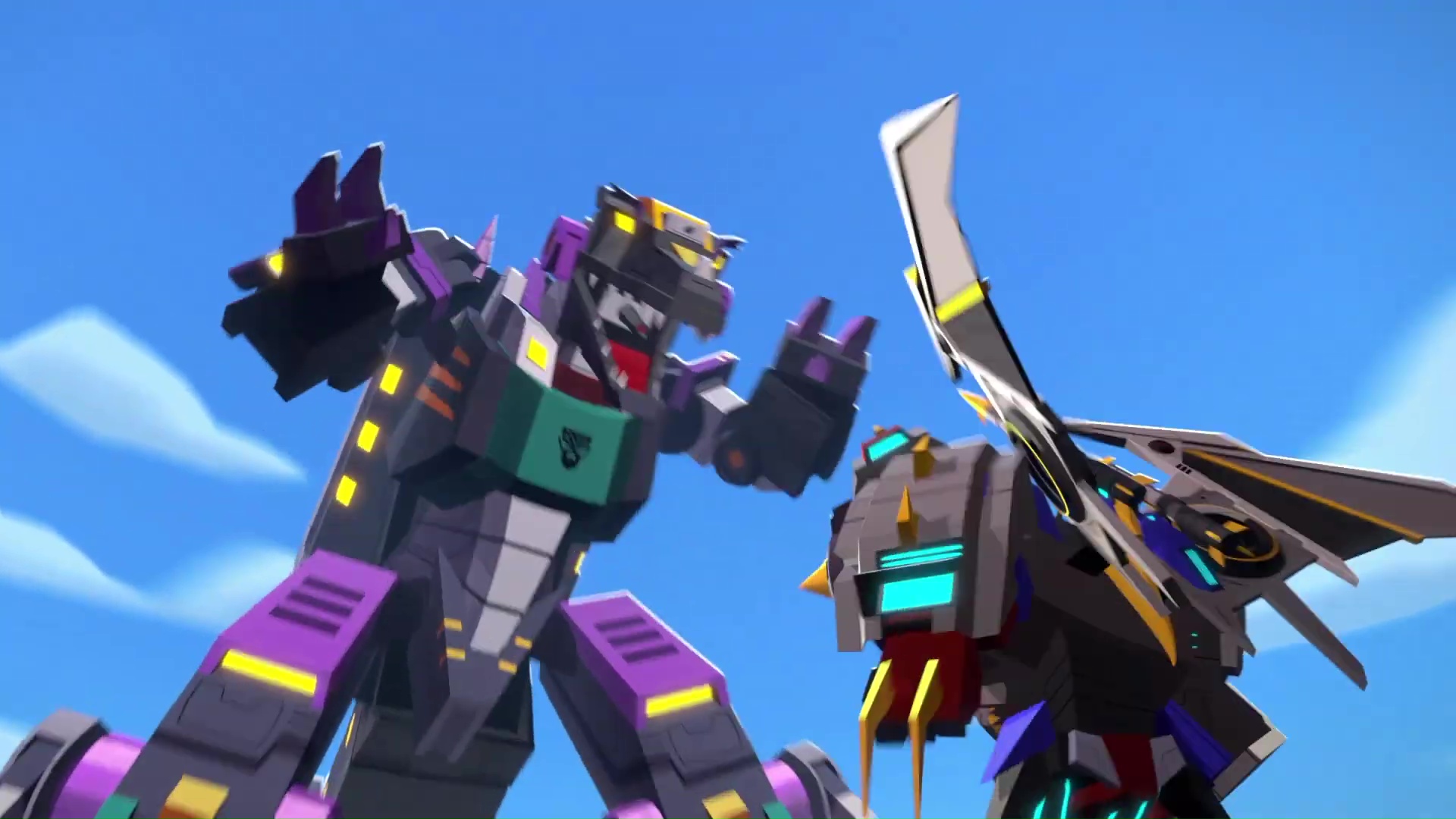 Soundwave gets a lot of the spotlight here which was unexpected but his fans should be pleased. His story really goes in a vastly different direction from anything I would have predicted. Not only does he get his catchphrase but he’s well prepared for each battle and is willing to put his spark on the line to help his friends. The episode treats him like the new leader for the Decepticons and he was willing to make peace with the Autobots. Soundwave seems like he would make for a very good leader to the team, someone they could all be proud of.

The Dinobots return and get to use their fusion form but not as much as you would think. Too bad since it should in theory be strong enough to really make a difference in these battles. More importantly, Hot Rod gets to appear for a bit and while he doesn’t look super strong, I’ll take any screen time I can get. Optimus Prime gets to step in as well this time. It’s not a huge role but the episode does still acknowledge him as the strongest Autobot with how he is able to take on some of these robots.

Aside from generally having more action and more of a serious plot, the episode also had a great start. When Astro Train comes falling out of the sky it’ll remind you of the old Infinity Gauntlet comics when Silver Surfer crashed in a similar way. It immediately tells you that something big is about to go down and that’s absolutely right. Even if the main twist may have been telegraphed, the fact that the story has twists and turns is fun. It’s just a well written two part adventure and this feels like a true finale.

As for Tam as a villain, I thought he was solid. He isn’t quite as memorable as the bounty hunters from the first story but I still liked him quite a bit. He had a grand plan and did a good job of executing it. The design was on point and he had a good, no nonsense kind of personality. The show really didn’t hold back with the villains in this season. Both stories had good antagonists.

Season 4 seamlessly blends in with the rest of the episodes so it’s like no time has passed. The score may not be as high as the show but that’s in part due to how many adventures the show got to have and how you knew you’d have a consistently solid time. This season is better than the first for sure but would lose to seasons 2 and 3. I have a feeling it could have easily jumped up another star with more episodes. This one’s just over so quickly and with half the show used up on the Dinobots, that meant it didn’t have a lot of extra opportunities. Not everything has to be the next big hit though and at the very least I can say that I think you’ll have a good time with this one.

The animation style is kept the same from the TV show and still looks good. The animation style is colorful and you quickly know what’s going on. I like it well enough for the action scenes although this isn’t that kind of show so don’t expect any big battles. When it comes to the soundtrack, there aren’t really any memorable themes so I wouldn’t get my hopes up on that front. On a technical level the show definitely doesn’t stand out but it looks good enough. 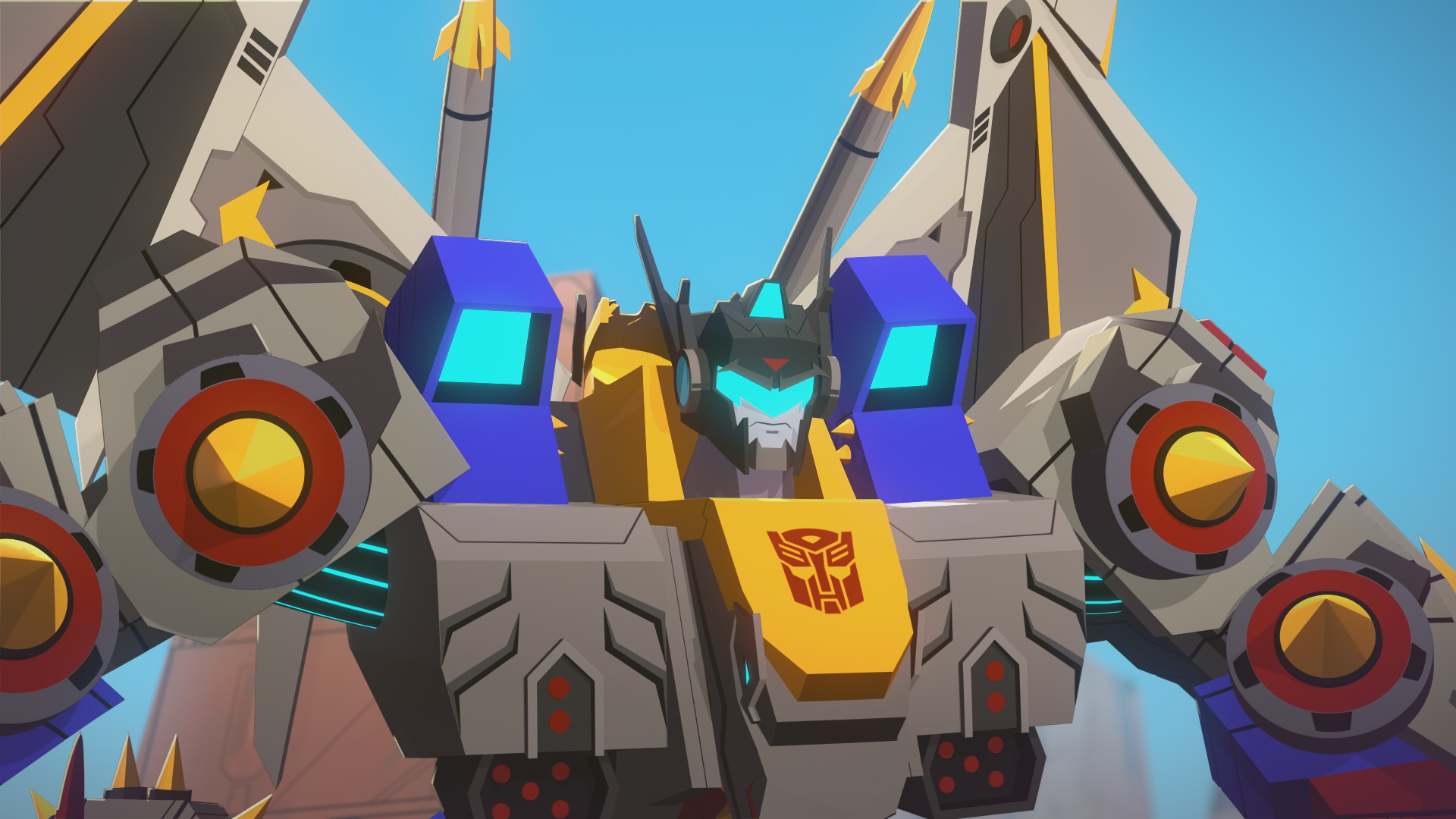 Overall, Transformers got to have some more fun adventures which is nice. I wasn’t a huge fan of the first one but the second delivered. In the end they balance out well enough so I would call season 4 good and in the end that’s what counts. You may not check these adventures out again but now you can proudly say that the show reached 4 seasons and I’m looking forward to seeing what adventure comes around next. The Transformers franchise never takes a break after all so you can bet that it will be back sooner than later! There are even a few items already lined up in the franchise.