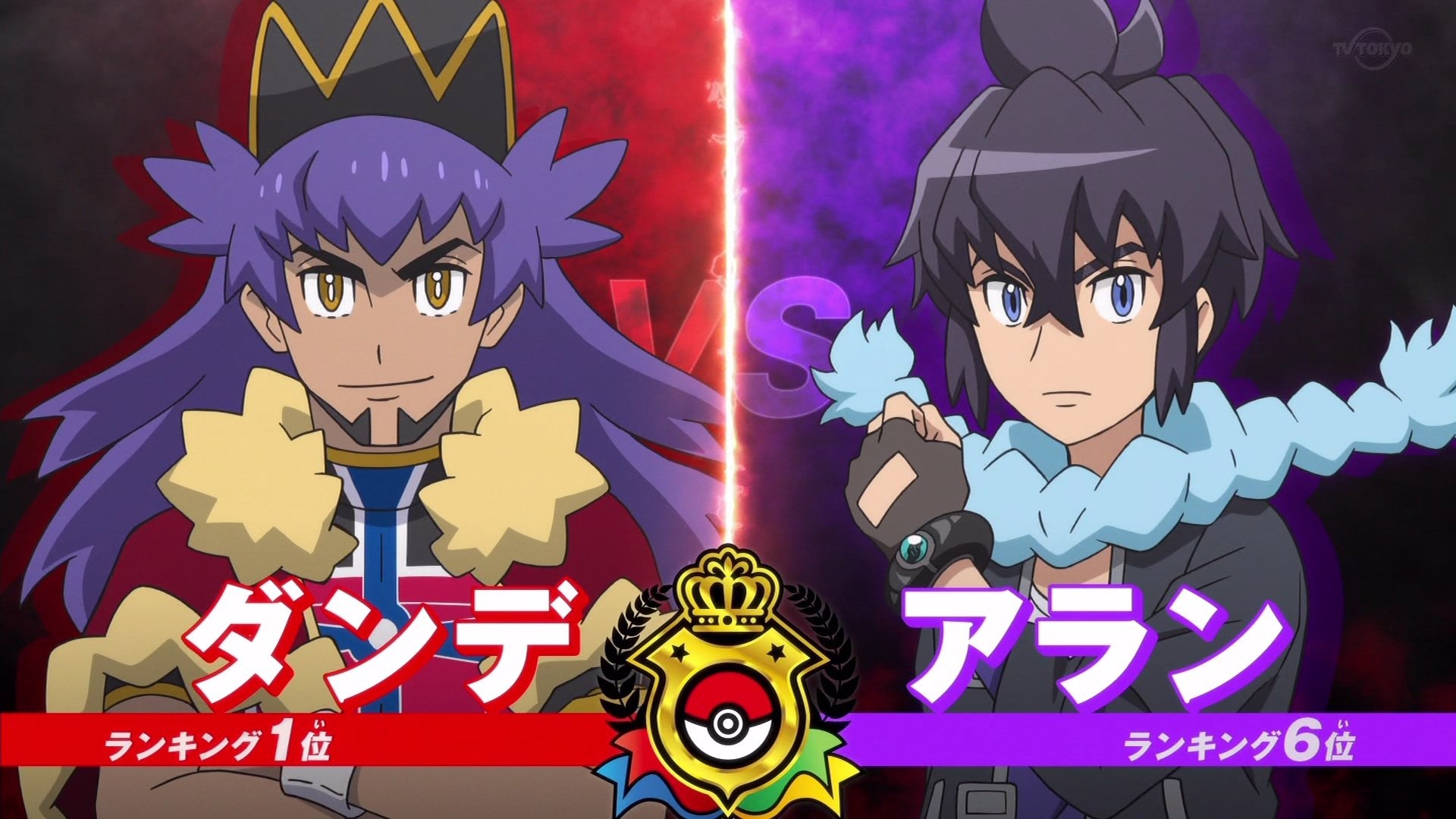 It goes without saying that this will have spoilers for the currently ongoing World Coronation Series in the Pokemon anime. If you haven’t gotten caught up yet then you’ll want to skip this one. I’m going to be talking in depth about the biggest tragedy since Ash vs Alain back in the Kalos league where Ash should have absolutely taken the win but in losing it made this fight impossible to buy into.

It’s time for a quick discussion on why Alain should have defeated Leon. Right now for context the Pokemon anime is currently in the middle of the World Coronation saga. Easily the most epic tournament since the Johto league. It consists of the top 8 trainers in the entire planet. That’s right, Ash has now made it to truly elite company as it should be. I always thought he had more potential than constantly losing in every league. (Sure, he beat some kids in Aloha but nobody counts that) Well, now is his chance to win it all. It’s been a pretty hype adventure all around but nothing’s going to top this part of the arc.

That said, as soon as the brackets came out, I think we all had a sneaking suspicion on what was going to happen to Alain. I can’t say that I’m crazy about the matchups at all since it takes away a lot of potential. The first round battles were Alain vs Leon, Ash vs Steven, Iris vs Cynthia, and Lance vs Diantha. It’s fair to say that you already suspect who will win in most of these battles but that’s fine since usually you can piece it together really quickly based on the narrative. That’s why everyone was dismayed at Alain having to go up against Leon. Leon is the #1 ranked fighter and so it is extremely likely that he will be fighting Ash in the finals. (Ash better make it there this time!)

So Leon is no slouch in combat and I definitely want to underscore that before getting into this. He is #1 for a reason and at least within his region he is seen as unstoppable. If I were to rank the Top 8 fighters in terms of power, he would be pretty high.

So Leon is the 3rd strongest fighter in this current competition and I dare say he should give the other two a spectacular fight. This guy really knows how to rumble and he has a lot of experience. I would still go to Alain winning this one. Not only has he taken down numerous mega level Pokemon in the past but he’s always shown an excellent level of tactical awareness. Just look at his fight with Ash back in Kalos. Now, it is impressive that he happens to now have been in 2 of the most controversial Pokemon battles of all time on both the winning and losing end. It shows that Alain is always in the mix and everyone is invested in the guy.

That’s why it just doesn’t make sense for him to have been done so dirty here. To recap the fight, Alain immediately called his Charizard back to his Pokeball when Leon took out his. What? Does Alain really think his would lose in a battle of skill? Alain’s Charizard is canonically the strongest in the verse, just look at his feats in all of the previous battles. His Charizard is absolutely insane and even has thunder type abilities. He would not be losing this battle so just trust in your starter. 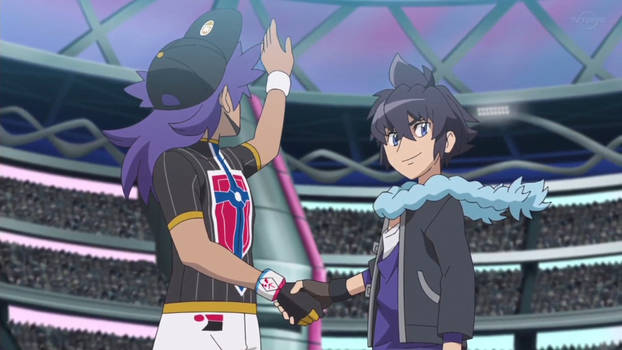 Instead Alain brings out some jellyfish that immediately gets one shotted as if this is One Punch Man and just wasted a turn. Reminded me of Goodra choking in the Kalos finals for Ash. If Ash somehow loses to Leon I’ll definitely be watching closely to see which Pokemon to blame this time.

All right, so Alain is effectively fighting 3 vs 2. Now the next issue comes down to earlier in the fight. Both of them use their grass type Pokemon and I was actually completely cool with this one. It was a really nice fight with a lot of back and forth. Nothing to really dislike here and both trainers showed their expertise and why they are ready to fight at this level. It was a great fight and while Alain was on the losing end, that’s cool. If the whole fight was like this I probably wouldn’t have had much complaints…..but if we look at this a little deeper than Alain should have won the first fight as well.

What you have to realize is that Leon’s Pokemon used his gigantomax…and did absolutely nothing with it. He was too large and too slow so Alain’s guy was running rings around him. How did this suddenly get flipped when it wore off? Unless you’re telling me that Gigantomax actually just makes you weaker then I’ve got some big questions here. So yeah I was cool with it because it was a good back and forth fight but this is definitely one that Alain should have won as well.

Still the biggest issue is with the Charizard battle. So long story short, Leon wins without his Charizard even having to use his gigantomax. His base form beats Alain’s mega mode with a single good shot. There are numerous things to point out here about how that’s crazy. You’re really telling me that Leon’s base Charizard is that powerful when Ash already pushed him to have to Gigantomax in their fight? The power scaling is shot to pieces at this point and it just doesn’t add up. I’m all for giving Ash hype because he’s great but the gap in power cannot be that huge. There’s just no way.

Alain’s Charizard is shown to be significantly weaker in this fight with almost no durability at all. He’s a glass cannon that shatters after being hit. That doesn’t track though, not at all. Alain’s Charizard is still very experienced and has been through his share of fights. I can accept him losing in a hard fought battle to Leon’s Charizard as both were at around full strength but not after he mega evolves. Leon should only be able to possibly win if he does the Gigantomax but not in base mode.

Also, in the games you can only Gigantomax once per battle. I don’t know if the anime follows the same rules but if it does that explains why they had Leon win in base. Because if that were the case then he couldn’t transform and by all accounts Alain should have absolutely clobbered him here. You can’t underestimate how incredible the stat boosts are by mega evolving. It makes you a whole new beast in combat and it’s still my favorite mechanic for that reason. Forget Gigantomax and Z moves, Mega evolution is still the most powerful form of combat.

On a narrative level I’m also surprised we didn’t get to see a mega vs gigantomax fight here. It would have made a lot of sense and a big part of the hype in the tournament is seeing all of these different gameplay mechanics and strategies going up against each other. It felt like the fight was just way too rushed and should have absolutely been given a grander feel. Again, I do think Alain is stronger than Leon and should have won their fight but I at least could have accepted his loss a little easier if it was a really hard fought battle. Leon also absolutely had to transform his Charizard because otherwise I can’t buy a mega losing to a non mega. Additionally Leon didn’t even need to use his third Pokemon which was like extra disrespect being thrown in.

I suspect that Alain was dumpstered here as an apology of sorts for having him beat Ash in Kalos. There was a lot of deserved backlash for doing that but in trying to correct this they went too far in the other way. Like it or not, he beat Ash that time so he doesn’t just lose that strength overnight. In theory he should be even stronger now than he was then and should have had a fight to show that. It was a rough start for the tournament but of course I’m still hyped to see how the rest of the battles go out. With Alain out of the picture I’m riding with Ash all the way. In terms of how I would like the matches to go, ignoring who will likely win each set, I’d like Ash, Cynthia, and Lance to advance as well. Then we’ll see how the second round goes. Who knows, maybe they can throw Tobias in as the secret champion to go up against.

Maybe Alain will get another fight someday but this feels like it’s probably it for him. It’s hard to picture the anime doing another world championship ever again as this is usually more of a one time deal. If they do a second year like Beyblade to defend the title or something that’d be awesome though. This time I’d like to see more of the big shots appearing though like Gary, Paul, Ritchie, and the whole gang. Instead of an 8 man bracket, make it a traditional 32 character tournament. It makes for a lot more interesting theories and analysis on how the tournament will go down since there are so many more variables.

Check out this cool fan edit in the twitter link below which has a much better structure on how the fight should have gone. Again, if Alain was going to lose then it should have been after pulling out all of the stops like this. The Charizard vs Charizard fight was what everyone came to see after all.

So, what do you think? Was Alain losing to Leon acceptable? How about the way he lost? Mega losing to base and Leon not even needing a third Pokemon? You know my thoughts on this and I’ll be ready with more Pokemon editorials as needed although I don’t think there is any that would warrant a big post on this unless Ash somehow loses…..he better not!