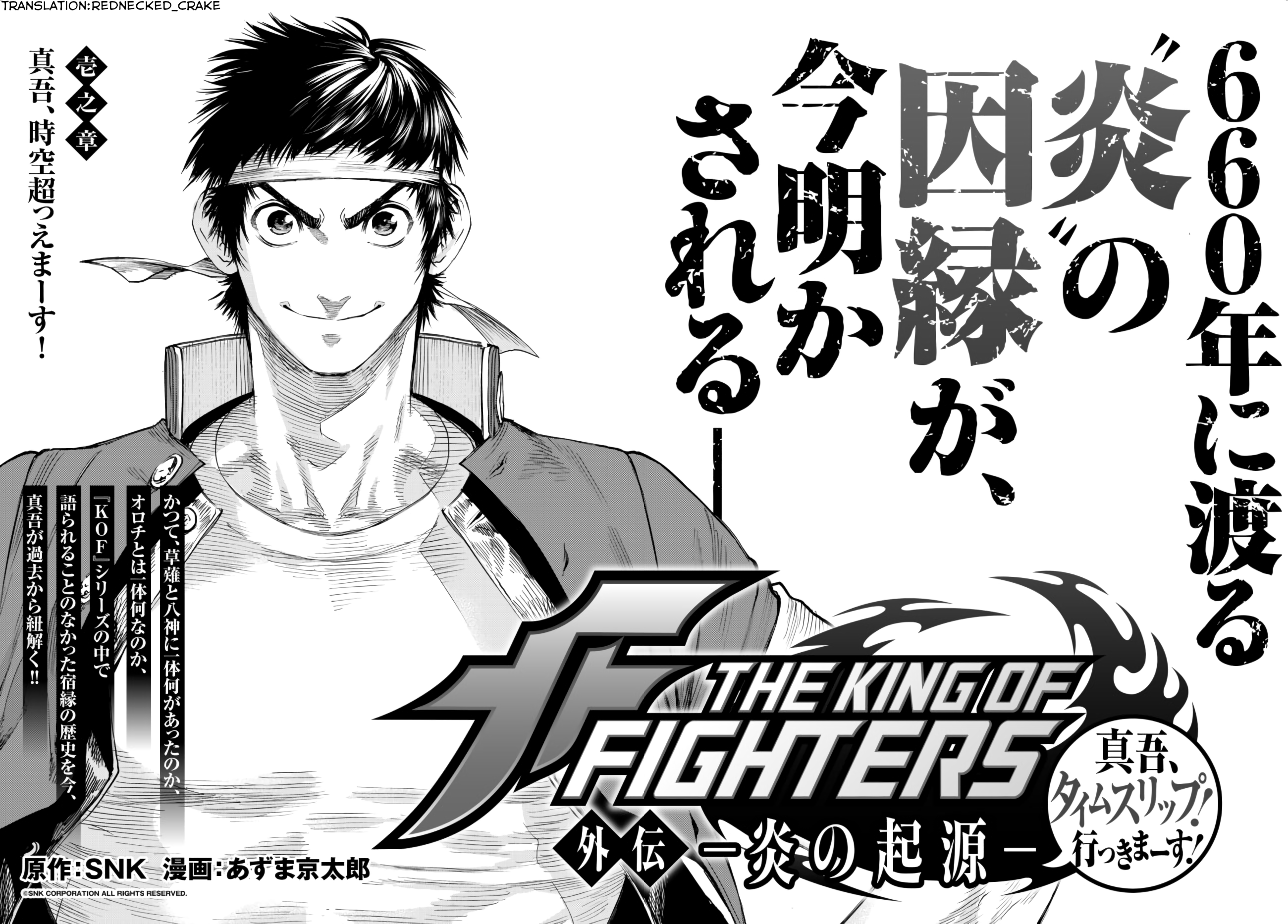 King of Fighters seems to get a whole lot of manga titles. I haven’t been able to finish most of them yet though so interestingly one of our starters gets to be a time travel story. You can’t really go wrong with that though and it’s a fun adventure. I wouldn’t say that I’m a big fan of the main character but we’ve got a good story here with some action and adventure before it all ends.

The series starts with Shingo still being really weak and wishing that he could compete with the big shots like Kyo and Iori. His family is a big mixed on his chances but he knows that one day he will be the best. Unfortunately he falls into a portal that leads him into the distant path in the days of Orochi and the original ancestors of Kyo and Iori. Now Shingo realizes this is a unique opportunity to learn from them but unfortunately nobody trusts him. When the villains start to make their move, Shingo will need to step up or all hope is lost.

It is an interesting way to have Shingo get stronger by fighting people who are just like the ones he aspires to be like. I can see why they’re all a bit suspicious too since Shingo isn’t great at actually conveying all of this. He’s a bit slow on the uptake in regards to his having travelled back in time but eventually he gets it. This feels like a classic Isekai adventure because now he’s in the wilderness with mysterious creatures/monsters and it all takes place in the old times. Of course I do prefer a more modern backdrop but it works out well enough.

The series is only 10 chapters long, however some chapters are split into 3 parts so you could say that this is closer to about 25 chapters. It’s enough time to quickly get Shingo some skills and then throw him back out. I wouldn’t say this one feels rushed or anything like that which is good. The story is balanced all the way through and the art is really solid. At least, the art for the fight scenes is great. I like how the flames are handled and the action scenes have a lot of weight to them. That’s important because there is a lot of hand to hand here so if the animation wasn’t up to par then that would be really bad.

My only issue is that some characters look way too similar. In particular Yasakani and Kusanagi are almost identical at times. They have almost the same uniform and hairstyle as well. The only difference is usually that Kusanagi tends to be smiling while the other guy is always frowning. With the context in the show you’ll usually be able to tell them apart but it’s a little close for comfort if you ask me. So the artist could have done a little better there.

As the main character, I never thought Shingo really rose up for me. I do want to underscore that he’s not really bad or anything like that but at the end of the day he’s a comic relief character trying to quickly transition into being a full fledged hero which is a tough road. It’s not something you can just say that you’ll do and then it’ll be accomplished. It takes a lot of hard work and dedication. When he has his serious moments, I can’t always take them seriously and usually he doesn’t either as he’ll go back to yelling after that.

In a power levels sense it also hurts the final fight just a bit because you have a hard time believing that Shingo could pull this off. This is probably the only area where being so short hurts the series because there wasn’t enough time to properly show him getting stronger. We do have a little montage where he remembers the opponent’s skills and starts to adapt to them but it’s a little rushed. Particularly since he was fighting someone with Orochi abilities. I feel like Shingo should have gotten wrecked there. 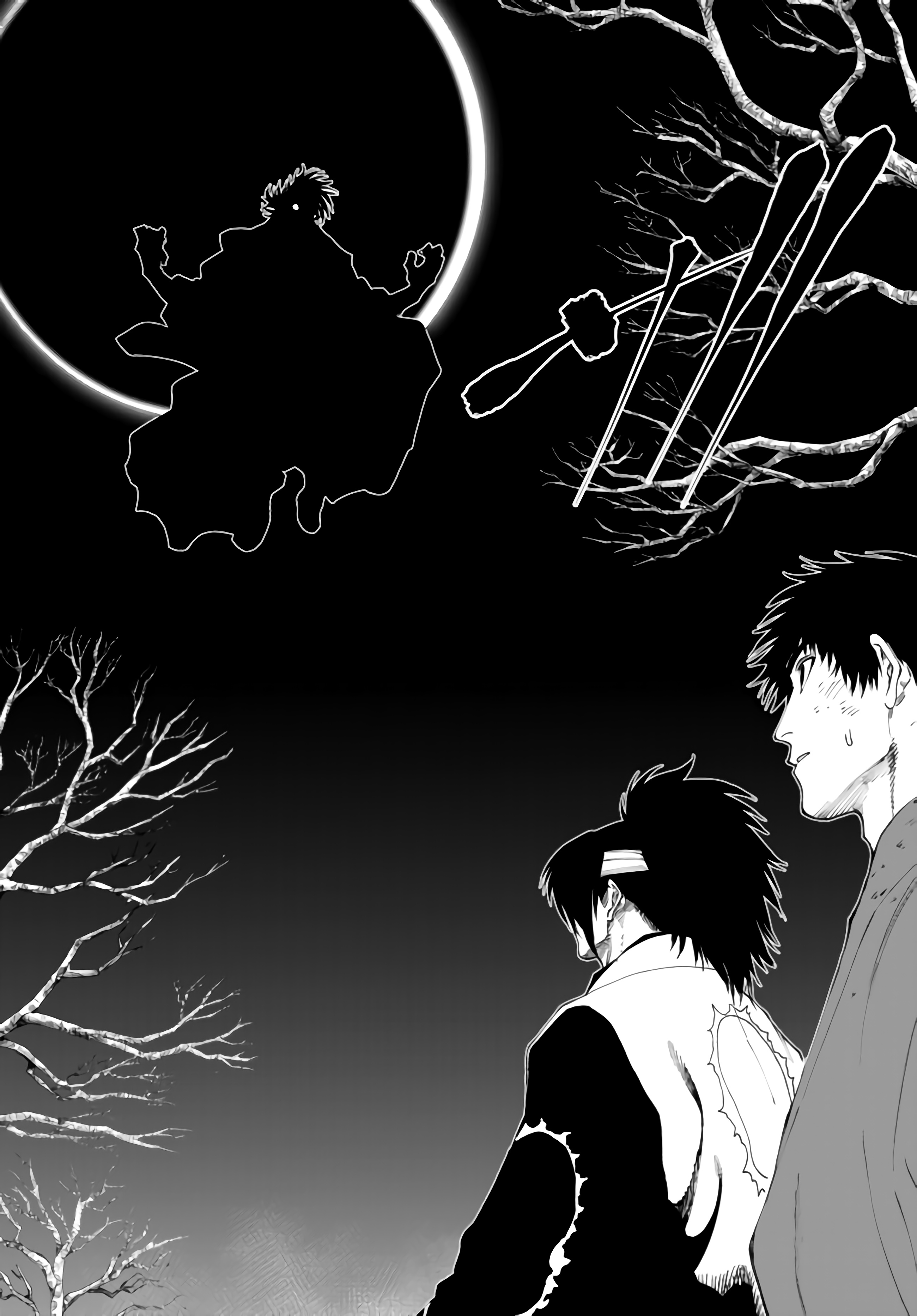 Kusanagi was a lot more interesting. He’s a guy who likes to fight and protects the villages as best he can. His role grows bigger in the second half once Yasakani is kidnapped and he has to fight off the Orochi opponents. The guy has a lot of confidence and style, both things that I appreciate out of my main characters. His skills were the real deal and he didn’t have to act as gruff as Yasakani the whole time. He just went with the flow.

Yasakani is a good character who is actually a nice guy even if he can’t show it. My only issue with him is that it ultimately feels like he goes down real quick and he doesn’t have a ton of willpower. The way his plot ends was also rather unexpected if you ask me. I didn’t think it had to go that way. He basically decides that he can’t defeat the power within him and runs off in a complete retreat. This dooms everyone to go through the cycle of violence which lasts through to the present. Why not fight against that and control the darkness? Sure, that may be easier said than done but you have to at least try.

Kaya is Yasakani’s wife and she has a solid role here as she can see into the future. Unfortunately this also makes her act rather complacent about the future since she thinks that it can’t be changed but it’s not as egregious as Yasakani because she can’t really fight. Her two opponents would have been too much for her either way. She helps to give Shingo more confidence which is always appreciated though and I would say that she was a good character.

Finally we have the main villain Yakumo. He gets quite a lot to do near the end with all of his scheming. The guy can fight too beyond just being a mastermind which is really good. You always want someone who can do a little of both. Ultimately he doesn’t even let defeat get him down and I appreciated that he took everything with a lot of dignity. To the end he was still really amused and he also helped to raise the stakes of the series as soon as he appeared. Now that’s a good way to make an entrance.

There are two other fighters who appear that are controlled by Orochi but they are almost literally dead bodies that are reanimated with his power. They have some character but appear super briefly. It does remind you that seeing Orochi bring together 8 warriors would have been really awesome but it just wasn’t in the cards this time. I guess the series wouldn’t have been quite long enough for all of that but it would have been a great battle.

I would say the biggest strength of the series is that it’s engaging all the way through. Even though the past isn’t always my thing, the series had a good plot right from the jump. The small character cast allowed everyone to be built up really quick and you could expect a fight in virtually every chapter. Some of them would be training fights of course but the hand to hand was always good. While Shingo wasn’t my favorite lead, I did like that he always had a positive attitude about things.

This was a short series that always felt like it was going to be short so it wraps everything up and does have a very definitive beginning, middle, and end. Whether you’re a fan of the franchise or not I think you would be able to appreciate the series on this basis. It’s just good storytelling even if again, Shingo probably should have gotten wrecked in the final fight. 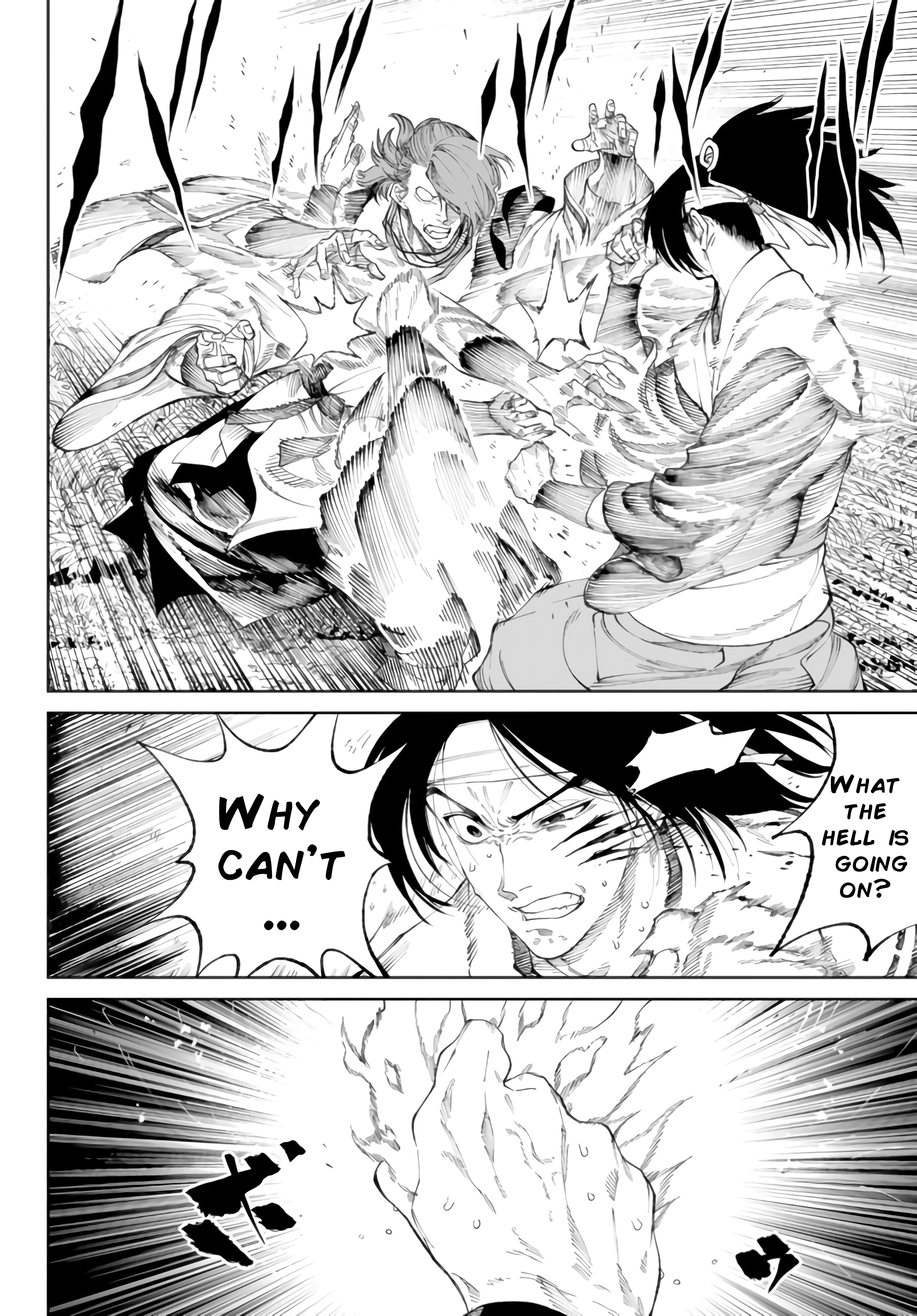 Overall, This is a solid King of Fighters title and worth checking out. The story itself may feel random but that’s the fun thing about spinoffs. You can pick a character and just drop them into any setting or situation that you want. I imagine Shingo fans in particular would get an extra kick out of this. Why not go all out if you’re going to make a story right? I feel like that’s what this series did and it worked really well. I look forward to finishing some of the other KoF titles as well.

2 thoughts on “King of Fighters Gaiden: Origin of the Flame Review”