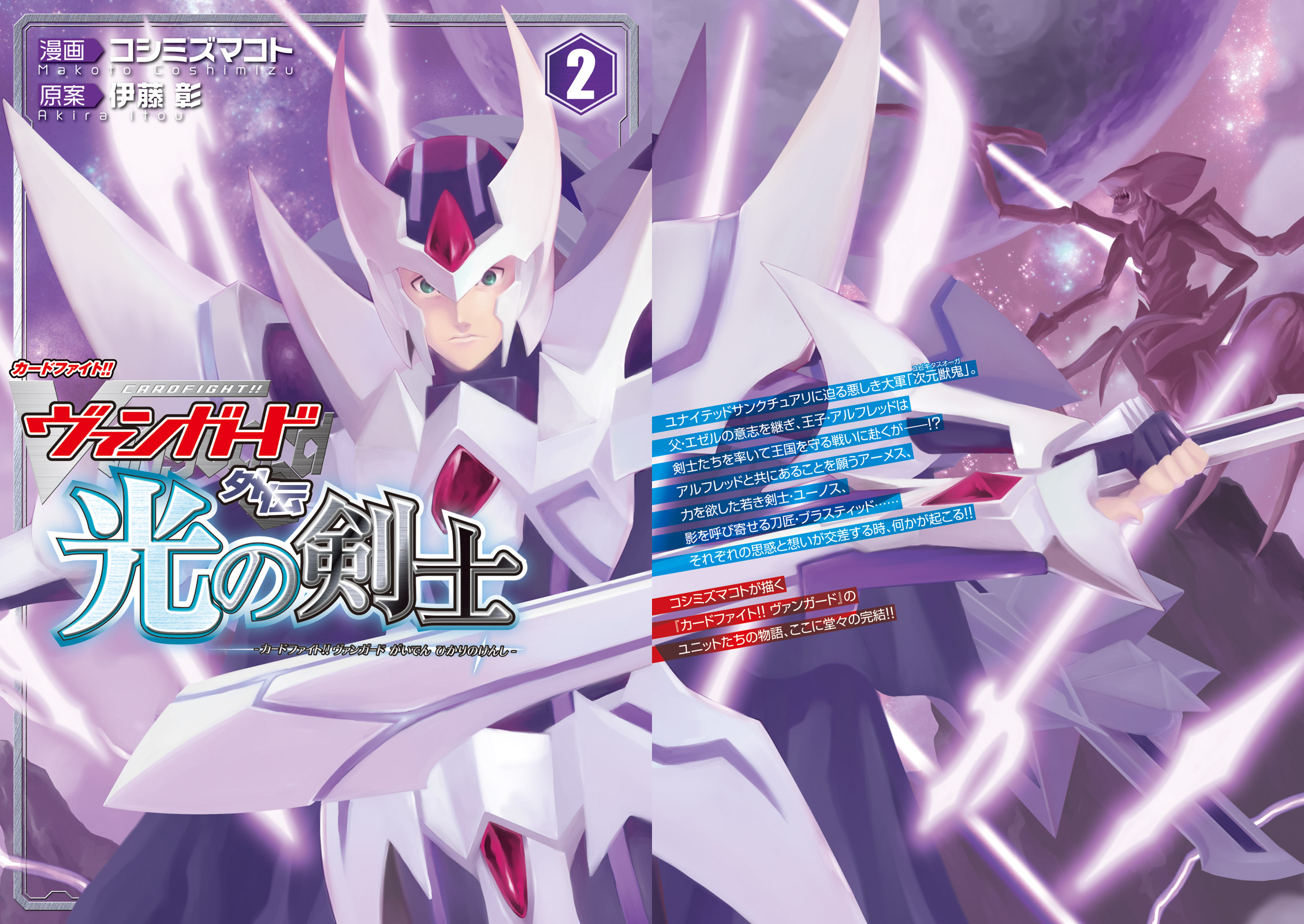 Cardfight Vanguard is a massive franchise at this point with lots of shows, video games, manga, and more. It’s good to see it excel because I’d consider it to be a true rival to Yugioh. It absolutely holds its own in the comparison and now this would be a manga to focus on the card world which is always a fun angle. The series is really short at 2 volumes though and feels a bit incomplete. It’s almost like taking a glimpse into the world but not really seeing the beginning or ending. Still a fun journey but I hope we get a sequel series at some point.

The series starts with Prince Alfred deciding to surprise his troops by showing up during a normal battle. His top warrior Ahmes isn’t thrilled about this as he points out that Alfred is a ruler and shouldn’t be throwing himself into reckless danger like this. Alfred shrugs it off but then wounded soldiers begin turning into giant monsters. In an instant the clan is surrounded and their fighters across the kingdom are being assaulted by this mysterious force. Nobody knows how these creatures started appearing or what triggers them but they must be removed at once. The heroes may even need to rely on some experimental weapons in order to fight back but the risk may be greater than the actual enemies.

The enemy creatures may not have elaborate designs but they do the trick. You understand right away that these are mindless monsters that want nothing but destruction. It means that negotiation is off the table right away and the heroes must just try to survive. The villains do a lot of damage though particularly because they appear out of nowhere and have the element of surprise on their side. Additionally their defenses are quite good, only a handful of fighters seem to be able to go up against them.

The stakes are high here too as the series isn’t afraid to throw in a body count. So many characters are blown away and it can get surprisingly intense as they are ripped in half. Ultimately it’s easy to see why the extra power from the risky swords would be tempting but most characters can’t hold this power for long. In the end I would say there are 4 really important characters here among the crowd.

First is the creator of the swords, Blastid. This guy appears shady from the start but his swords are the real deal. They can cut through just about anything but if they don’t like their wielder, they will cut through him first. Blastid is protected all the while as the swords cannot harm him. I do think the heroes didn’t take him seriously enough as a threat though. When his swords murder one of their comrades he’s locked up but Blastid just breaks free and arrives later on to talk to the heroes about using another one.

They don’t seem to react to the fact that he’s no longer in jail and just take it in stride. I guess during a war you can be distracted but I was expecting some kind of reaction. “You can’t be here!” or something like that. I mean this guy appears to just be a villain flat out so go take him back to jail right? It may be hard to hold him but this guy is clearly shifty. Towards the end we get a twist about him so he’ll be back if we ever get a sequel. 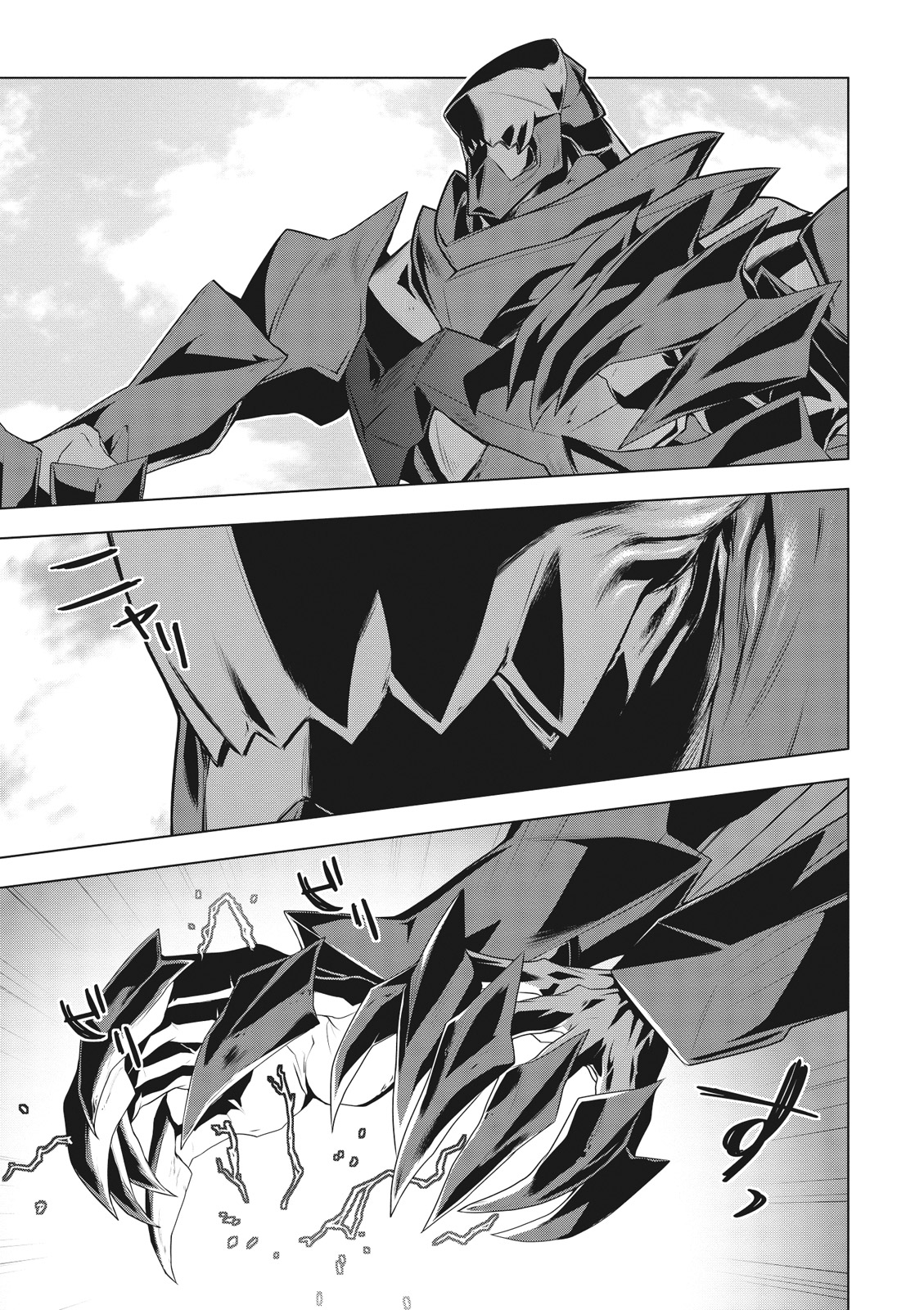 Then we have Junos who is one of Alfred’s top soldiers and you feel bad for the guy. He trained all his life but was ultimately never able to match Ahmes in term of skill. Now with the swords he feels like he can finally contribute. Unfortunately he is given 0 support as Ahmes believes Junos won’t be ready and tries to talk him down. It’s sad because Junos was handling the power well enough at first but after the questioning started then he began to falter. That seemed to just suck the confidence right out of him. Ultimately Junos still has his big moment but I think Ahmes is to blame there because Junos may have done all right otherwise. Now it’s too late for him.

Ahmes is a very down to business character and outside of the Junos situation I thought he handled everything else pretty well. At the end of the day he is here to guard Prince Alfred and that guy makes it really hard on him. I don’t blame him for wanting Alfred to stay in the rear because it’s a lot easier to protect someone who isn’t constantly in battle. You figure from the start that he will become Blaster Blade so this works as a good origin story for him. He did well and earns his rep as the top guard.

Finally you have Prince Alfred. I think he’s a good character but I wish he was a little stronger. It’s a good morale boost for the soldiers to see your prince out on the battlefield but you need to be fairly powerful to ensure you don’t die. In any series when the king steps on the battlefield, it’s because he is a true fighter. It seems like Alfred never trained all that much so it comes off as a bit of an arrogant move on his part to think he could just walk in here and deal damage. It doesn’t quite work like that and so he is mainly ineffective for the whole adventure.

His father the King could at least fight well as we see in a bonus chapter at the end of the volume. Back in the day he was a lot like Alfred in that he would travel around looking for fights to help the kingdom. The difference there is that he was already known as a well regarded fighter who could look after himself. He clearly put in the work and that’s key for fulfilling that kind of role. I’d say it’s something that you have to do in order to be a ruler.

The series ends with a lot of open plot lines like the start of the Blaster Dark group, where did the monsters even come from, and what about those mysterious swords? It seems like an intentional cliffhanger to set up the status quo in the original series but I would be up for a sequel to show things in more depth. It was also a little convenient how the monsters all just decided to flee. Otherwise things were looking bad for the heroes. Potentially with the new sword Blaster Blade could have taken them all down but I wonder about that. The sheer numbers were going to be difficult to deal with either way.

As for the artwork, it is a little unrefined but looks good. I would put it more at tie-in level than a full fledged manga personally. It can be a little hard to follow the action scenes and it just rough around the edges. It does have its good moments during the action scenes too but I wouldn’t consider this a real strength to the series so it could improve a bit there.

At the end of the day I would say this series just lacks a hook to take it to the next level. The adventure is fun and all but it doesn’t feel like there is a ton of substance to the adventure. Like I said earlier, it feels like we’re jumping into the story midway through and leaving before the ending so it’s like a sneak preview. That’s not necessarily a bad thing but in the end it feels like a fairly standard adventure that you won’t remember much in the end. There also weren’t any true standout characters to help elevate this to the next level either. 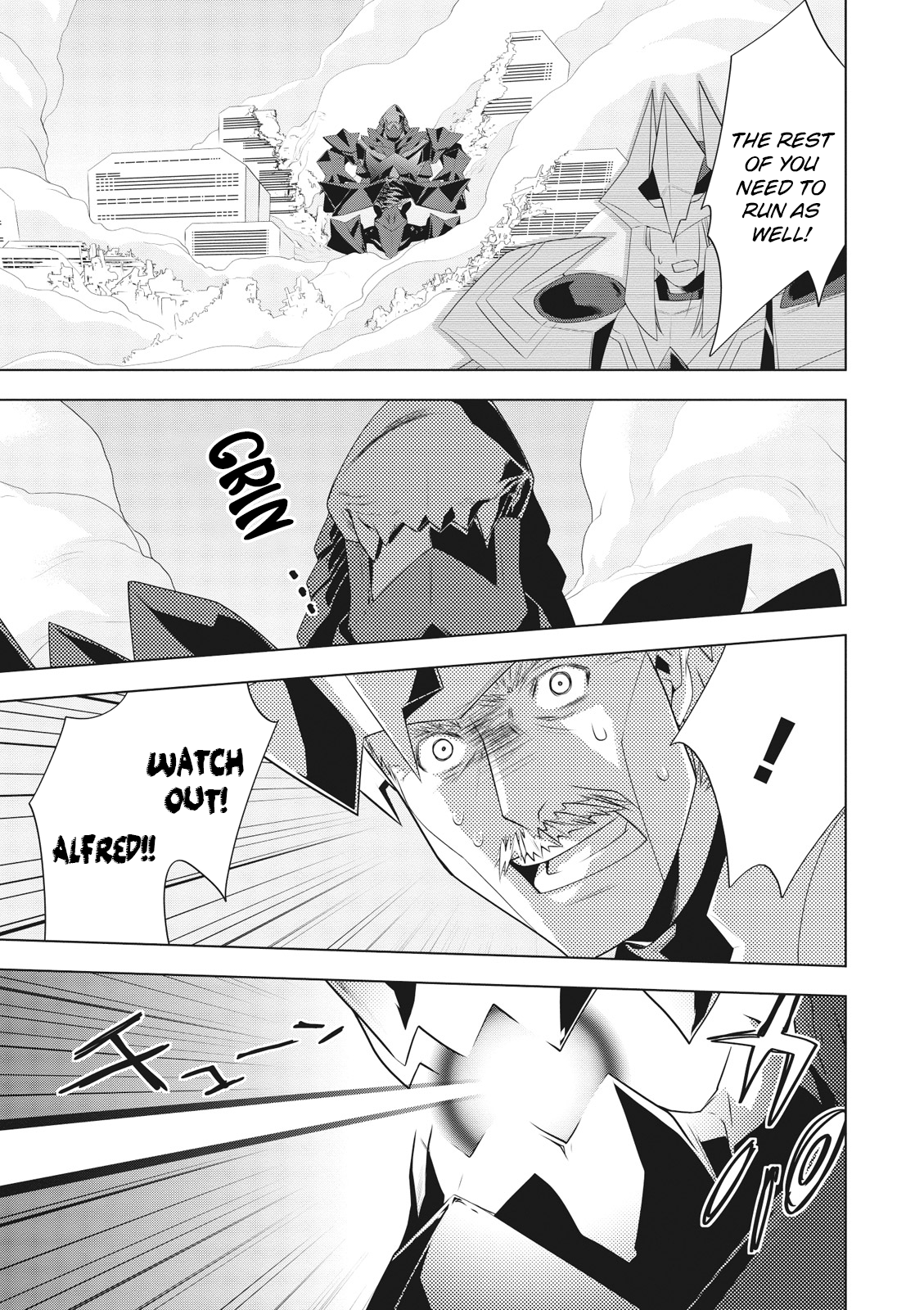 Overall, Cardfight Vanguard Gaiden is a fun look into the world of Kray and how dangerous it can be. The heroes really have to go all out in order to stand a chance against the monsters. If every threat appears as suddenly as this one, I dare say that the heroes can never afford to rest in peace. If you’re a Cardfight fan then I’d say to check this one out. If you’re a standard fantasy fan then this one probably won’t impress you but it’s still not bad by any means. You’ll get your share of action and adventure. It’s also such a quick read that it’s definitely worth checking out.