It’s time to rank all of the episode 2s! The episodes in general are shorter than the premieres so there is less opportunity for quite as much plot development and action but at the same time that means we can really judge how the series tries to follow up the big premiere. Do they go small scale and try for character development or blow it all up and go as big and bombastic as possible? IN general I’d say the series goes for the former and that definitely makes sense. It’s rare that you do back to back battle episodes like that. 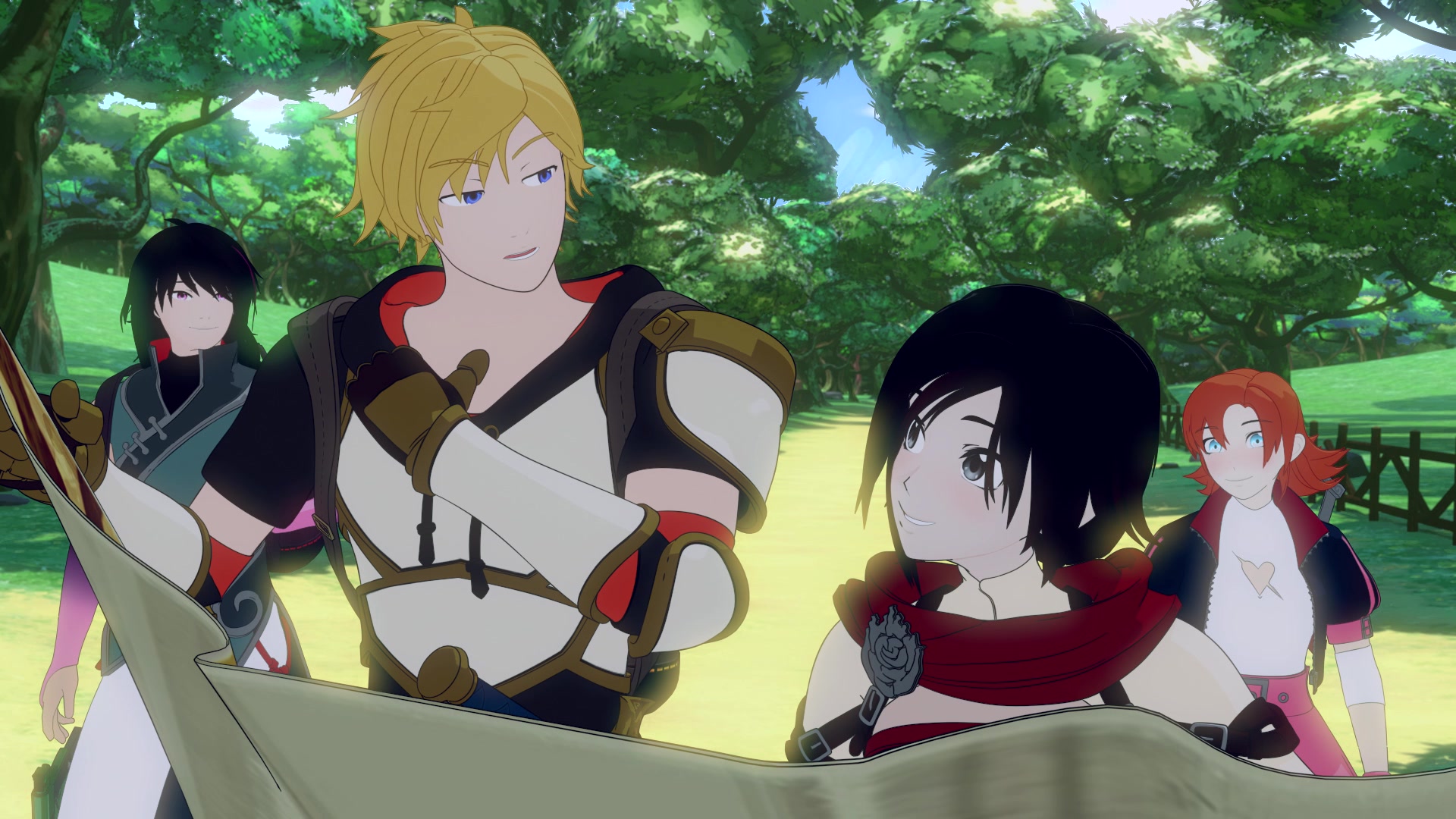 It’s been a rough start for Volume 4 as it has to come in at the end here. Mainly that’s because not a whole lot happens in this episode. We get a lot of info-dump as we learn a bit more about Atlas and Ruby’s team visits a village that was destroyed by bandits. Not the most exciting episode 2 but it’s not irregular. It was nice to see Whitley being supportive to Weiss though. Low key he never seemed like a bad guy throughout the show and he went through a whole lot while she was gone. Everyone ditched him but he still warned her about Ironwood’s arrival and genuinely seemed to care so that was nice. I think he tends to get a bad rap. It’s also nice to see the seeds about Ironwood getting a little aggressive start here. 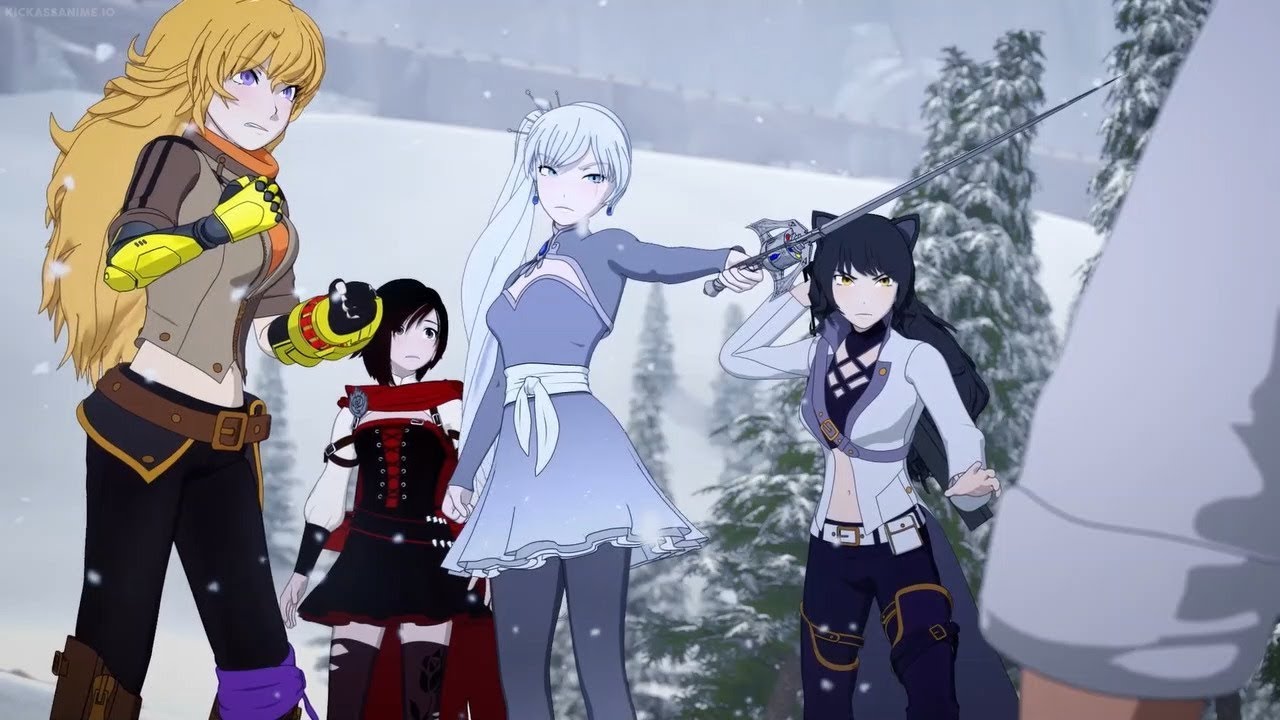 In this episode the gang catch Ozpin lying to them again as usual and so we get quite a few heated arguments here. It eventually even leads to the genie finally appearing and the cliffhanger lets us know that we’re about to learn the truth about Salem’s past. So it’s a very important episode but the main reason it’s low is because it’s all set up for more exposition. Build up for a fight can be pretty hype but build up for knowledge is less so since you wish they could just fit it all into one episode. Ozpin is always annoying with his secrets as well since you’d think he could trust them more at this point. He also just made a big mistake with Lionheart so you feel like he should probably own up to that a little more.

Instead he goes on the defensive side right away and it looks suspiciously like he was going to attack Ruby at the end. So all in all it is a very important episode to be sure and a very interesting one at that but without any real action it couldn’t quite keep up with the others. The Cinder subplot was very intense though and since the opening was already hinting at the fight with Neo coming up, that’s definitely something that everyone was looking forward too. 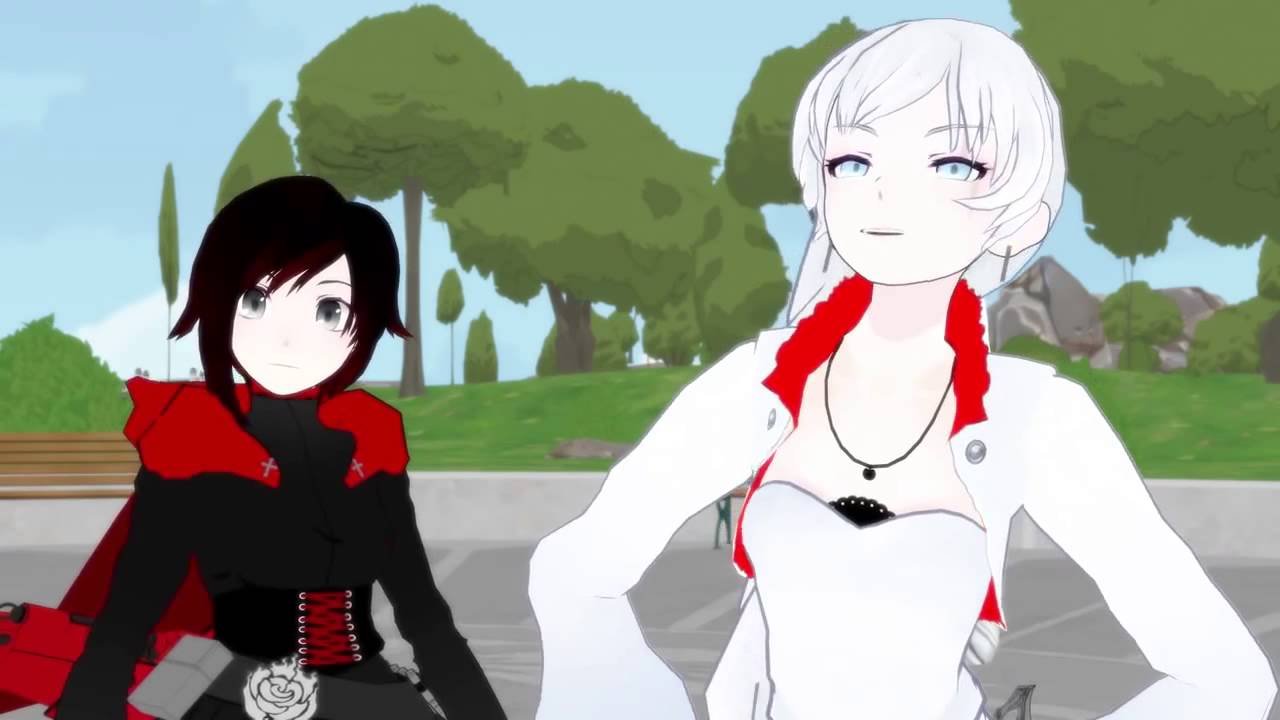 The original volume’s a bit low this time around but that’s because it’s more of a build up episode. Aside from being super short, we don’t even get to the first challenge yet. The episode is mainly about the main characters finally meeting up a bit. It’s got a lot of nice humor like Ruby and Weiss meeting up or Yang dashing off with her friends. Since Weiss would eventually mellow out, it’s always nice to see her during her mean phase where she and Ruby didn’t get along at all. The banter between them is always a lot of fun. The show has a lot of spirit at all times and it was a fun appearance for Jaune as well. He cements himself as the big comic relief character right away here and can’t keep up with the others. Little did anyone realize that he would eventually become one of the big characters. 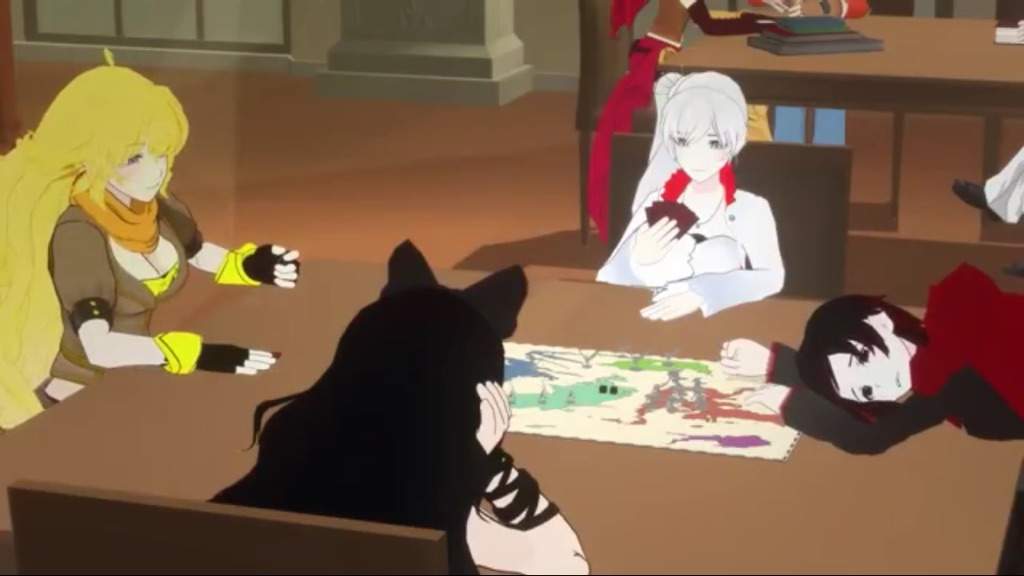 Like Volume 1, Volume 2 has a lot of that classic humor that I enjoyed. If it’s one thing that RWBY hasn’t captured nearly as much since the old days, it’s that fun humor that it always had. The heroes playing that Yugioh homage game was a blast. They got the trap cards and everything. There aren’t any big fights this time around and it’s a short episode so it’s not going to rank too high but it’s still a pleasant watch. We also have Cinder and the gang infiltrating the school at the end which is a big deal.

We even get a brief Ironwood appearance where he tries to talk with Ozpin but that conversation doesn’t really go anywhere so he leaves. It feels like nobody really wants to have an actual conversation with him which is rough since it does seem like he is trying hard at this point in time. It was also nice to have the team get Blake to open up to them instead of flying solo again. Flying solo is always fun but since the rest of the group is ready to help out, there isn’t really a need for that. 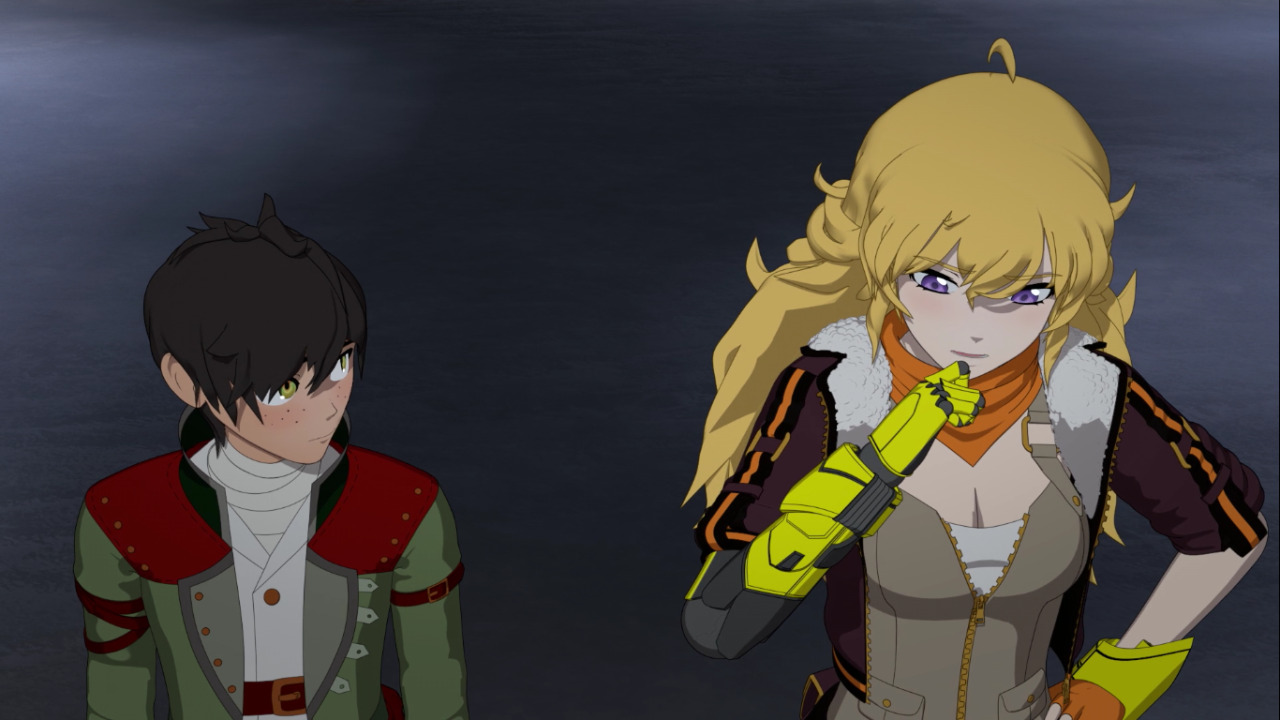 This was a fairly somber episode as the heroes are still trying to pick up the pieces in Mantle. The hero groups are also split up since they have different approaches to things. While it’s mainly a low key episode, we do have a very intense climax with the new hybrid Grimm coming out. There were a lot of fun theories about this possibly being Summer or another old character back in the day because of how it could talk and strategize. It was a great way to end the episode even if I think that Yang and friends looked a little too weak now. I have a hard time believing that they would have so much trouble against a single Grimm, even if he does have intelligence. The fight did boost this episode above a few of the other episode 2’s. 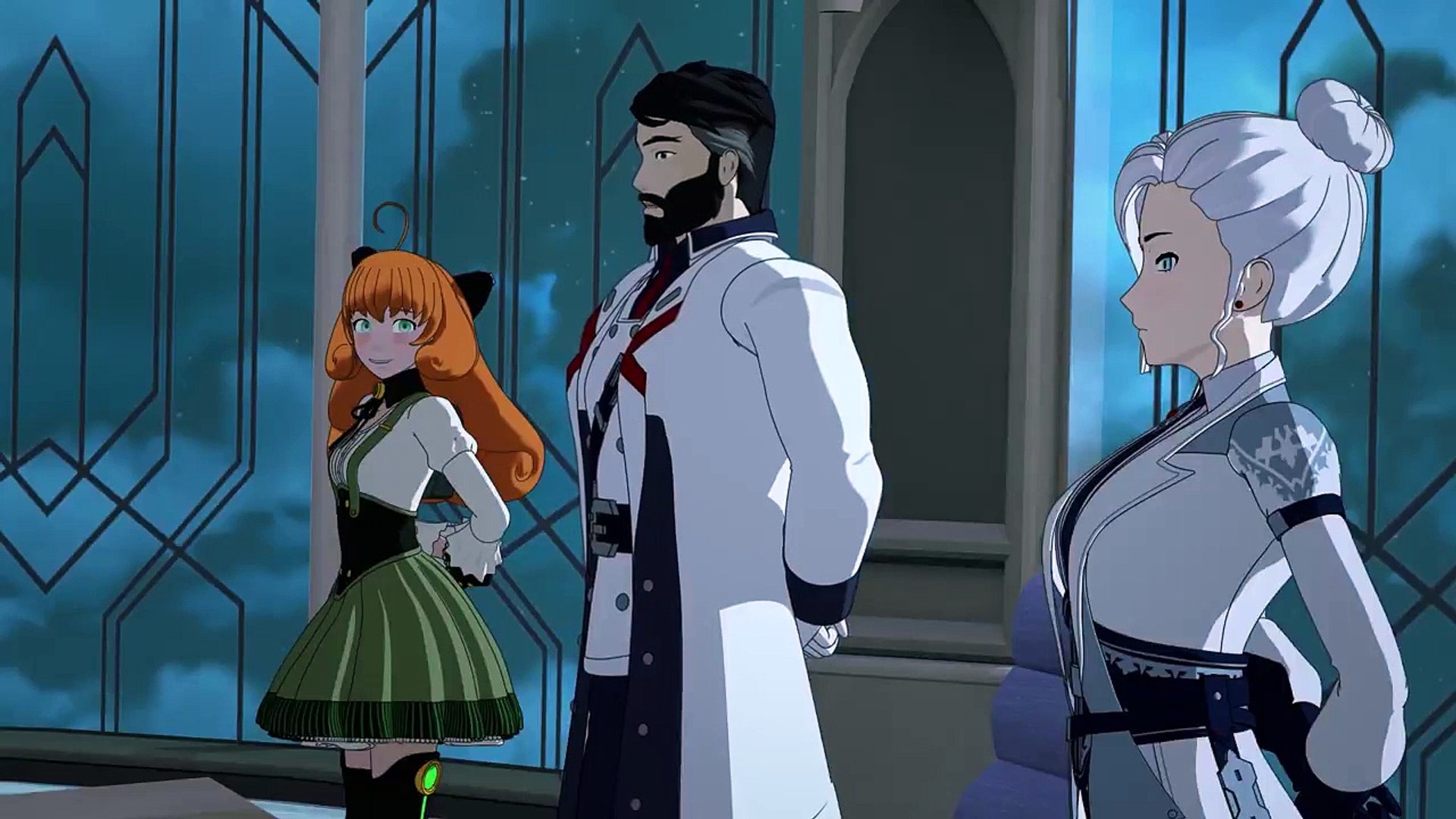 In Volume 7 we finally got to go inside of Atlas and actually talk to Ironwood. This is definitely a very dialogue based episode but it was a super important one with the major players finally getting to decide what to do about Salem. As interesting as it is, it can also be a frustrating one though with the heroes lying to Ironwood at literally every turn. By this point there is no reason to think he would make the wrong move and moreover, I don’t think he would have gone down the wrong path. Ironwood’s big plan here is to let the world know about Salem and the heroes are absolutely appalled. (In volume 8 they end up going with his plan anyway)

This is before Ironwood went off the deep end and I was supporting him every step of the way right now. Look, Ozpin’s plan of keeping everything a secret just didn’t work and he ended up just putting everyone in danger. In just about every other series, letting the world know the truth is the good option and even here it would be in the next volume. If Ruby and friends had sat down with Ironwood and told him the truth of all that they learned then they all could have finally started to do something. They could have come up with a plan and I believe they also could have figured out a way to help Mantle as well. They just didn’t help Ironwood at all and ultimately that would come back to bite them. 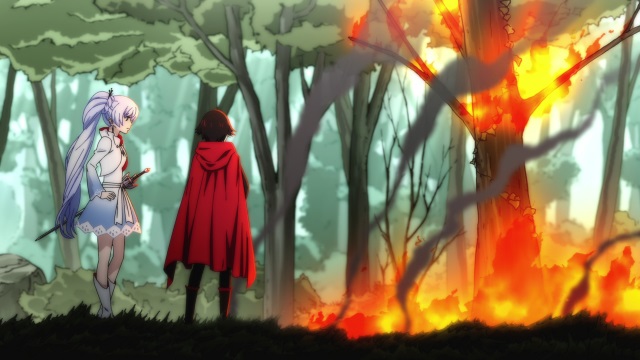 Once again the quick pacing really helped this one jump up near the top. You could feel the budget already dropping from episode 1, however they quickly increased it again for the climax which I appreciated. The fight with the Nevermore was a lot of fun and it’s always nostalgic to see the group in the old days. The episode speeds through several from volume 1 and makes for a really satisfying watch. It still feels like a best hits montage but of course we’re getting closer to the original story so then we can see how that stacks up. Will Ice Queendom still be one of the best or will this be where it falters? 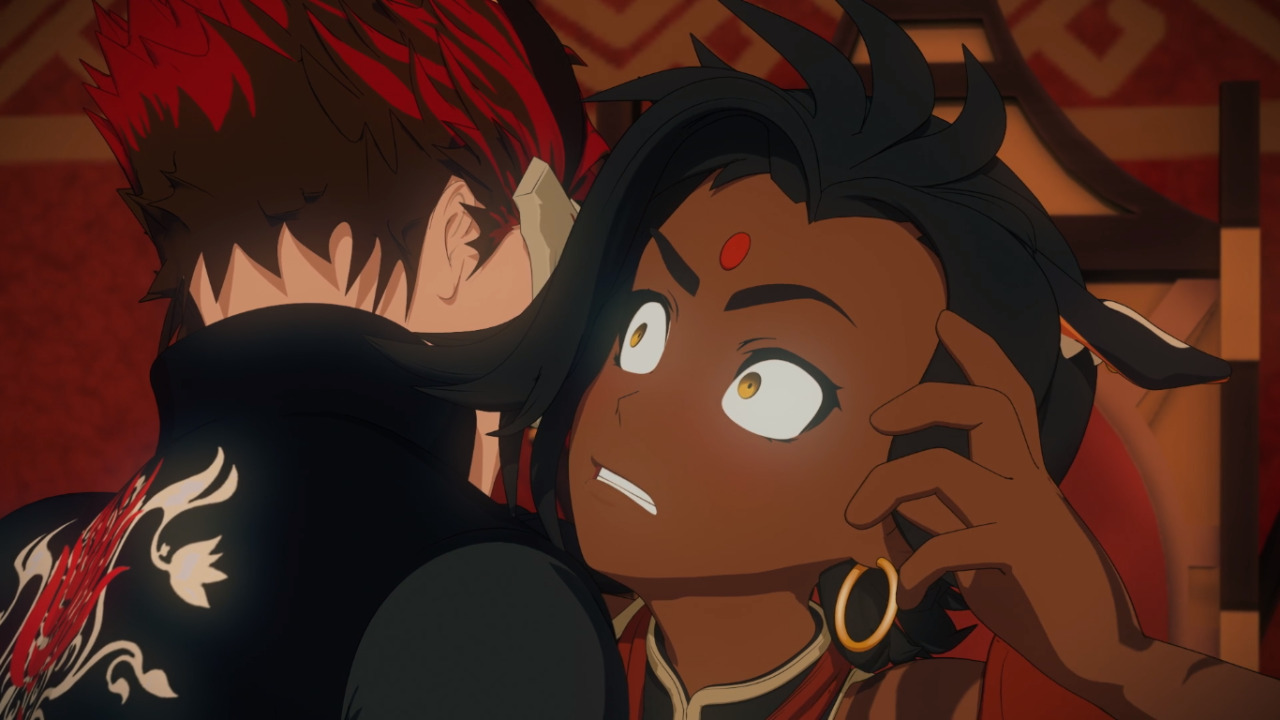 Volume 5 is rather high this time eh? Well, we get a good mix of plot and action this time around. Weiss got to fight the hornet queen which was a lot of fun with that epic song playing in the background. Things may not have gone well for pilot boi but he did good while he was around. We also got the really epic subplot with Adam finally taking control of the White Fang. This would be one of his last really hype moments before the series started to drop the ball with him. This was a great example of his strategic awareness and making everyone his pawns. Even Hazel from Salem’s cabal wasn’t able to keep him in check. His speed was also really good since Sienna Khna wasn’t able to stop him.

It was a natural progression for Adam’s character and a big part in why this episode was so good. He really made a name for himself here and I was super eager to see how things would play out. The cliffhanger was also massive with Raven finally appearing for the first time. That’s something everyone had been eagerly awaiting for a very long time and the appearance lived up to the hype.

Volume 3 is on top again eh? Well, it’s not too surprising as this is the tournament volume though so you can expect a whole lot of action. We get two tournament fights in this one with Jaune’s team first and then Sun’s team. The fights themselves are on the weaker side of Volume 3 and aren’t even taken as seriously but it’s still fun to see the characters fight. The team that fought Sun’s group even got to appear quite a bit in the novels so it was interesting to see them here even if they still feel like NPC’s. The fight choreography of the old volumes is always just so good! The new volumes eventually did manage to catch up but for the most part the other volumes don’t have big fights in volume 2. That should slowly start to change though and then I think you’re going to see more of a shake up in the rankings.

So that’s all of the episode 2s. We’ll see how the episode 3s go. As always it’s nice to see how the animation style and tone changes throughout the volumes. You can also try to see common elements or strategies in the episode 2s for each volume but as of now I wouldn’t say there’s much of a pattern. It makes sense since each volume is all so different and so it’s not like you can always call episode 2 the setup episode or anything like that. Some will jump straight into the fights while others go for a more emotional feel.