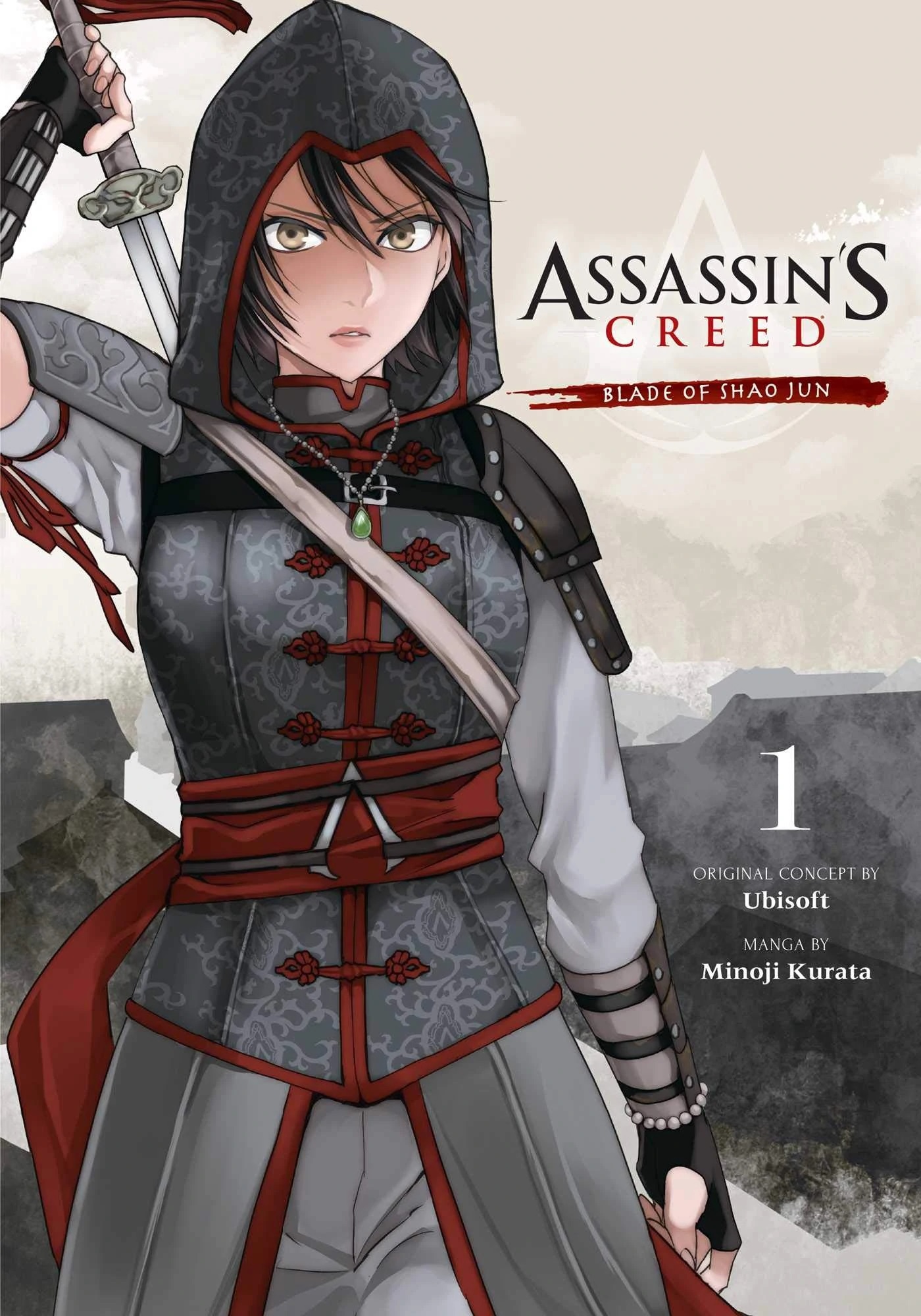 Assassin’s Creed is back with another adventure. This one is a bit longer than the last one at 4 volumes. Still rather short in the grand scheme of things but this means that we have more time for the story. Like with the last one we’re jumping between the past as Shao Jun and the present with Lisa as the two leads. It’s a fairly good manga, I’d say that the artwork is on point although the story in the past isn’t super solid. Half the time you’re waiting to get back to the present to see what Lisa is going to do about her current predicament.

The story kicks off with the past as Shao Jun is the main character. Basically her group of assassins was betrayed by The Eight Tigers, one of their top ranking members was a guy named Gao. At this point Shao just wants to avenge her fallen comrades and prevent this group from succeeding in their goal with the mysterious box. In order to accomplish this, Shao will need to take down all of the 8 tigers. This will be difficult though as most of them are either expert fighters or have hired whole armies with which to protect them. Shao is an assassin by trade so her objective is usually to end the opponent in an instant before they actually know that she’s there.

That advantage is removed when she has to fight straight on which becomes an issue at several points in the manga. Meanwhile in the present, it is Lisa who is using the animus in order to relive the memories of Shao. She is being used by a shady scientist named Kaori who is hoping to find the location of the box in the present time. At this point, both the Assassins and the Templar agents have no idea where it is. I wonder if this is the plot of every Assassin’s Creed game because that’s basically what happened in the movie as well as the other manga I read. I suppose it’s a classic plot but I have to assume the games eventually have a bit of a different story in there. Ezio makes a cameo here which is cool though.

So Lisa doesn’t realize that this is the task and is here because she was always getting into a lot of trouble in school and this should help to rehabilitate her. She quickly sees how realistic the visions are and that she is even retaining some skills but Kaori tells her that this is normal. Lisa’s cousin Mari finds this rather suspicious but can’t convince Lisa to walk away from the experiments. Meanwhile Kiyoshi is a mysterious wild card here who is watching Lisa and Kaori from afar. What is his game and whose side is he on?

Now if you’re really enthusiastic about the present story, remember that the past is the focus here. It’s at least a 70-30 split I’d say and the present timeline usually doesn’t move much until the end. It’s probably something that could be expanded upon if this ever became a complete ongoing anime or something like that. Still, what we do get is always fun. Lisa makes for a good main character. I don’t think her plans are the most sound but at least she does have a plan.

I just feel like getting into the animus is giving the villains way too much power. No matter what plan you might have for when you wake up, that assumes that they’ll let you wake up. The instant the helmet is on, you have no idea what is going on in the real world and I don’t see how you could possibly trust them not to do something while you’re out. Keep in mind that they see everything that she sees through their monitor so the instant that she discovers the location of the box, they can just bump her off and that’s game over.

It’s very fortunate that Lisa has her cousin Mari here to help. Mari is really critical in coming in to help near the end and also working with Kiyoshi on getting intel. You always want to have a dependable ally like Mari on your side. Meanwhile, while I wouldn’t trust Kiyoshi at all, his interests to align with helping out Lisa for now so it’s good that he’s around. He actually has combat skills and training as well so he can mix it up as needed. Lisa will also be able to say that she can fight now that the memories will be permanently stored within her. 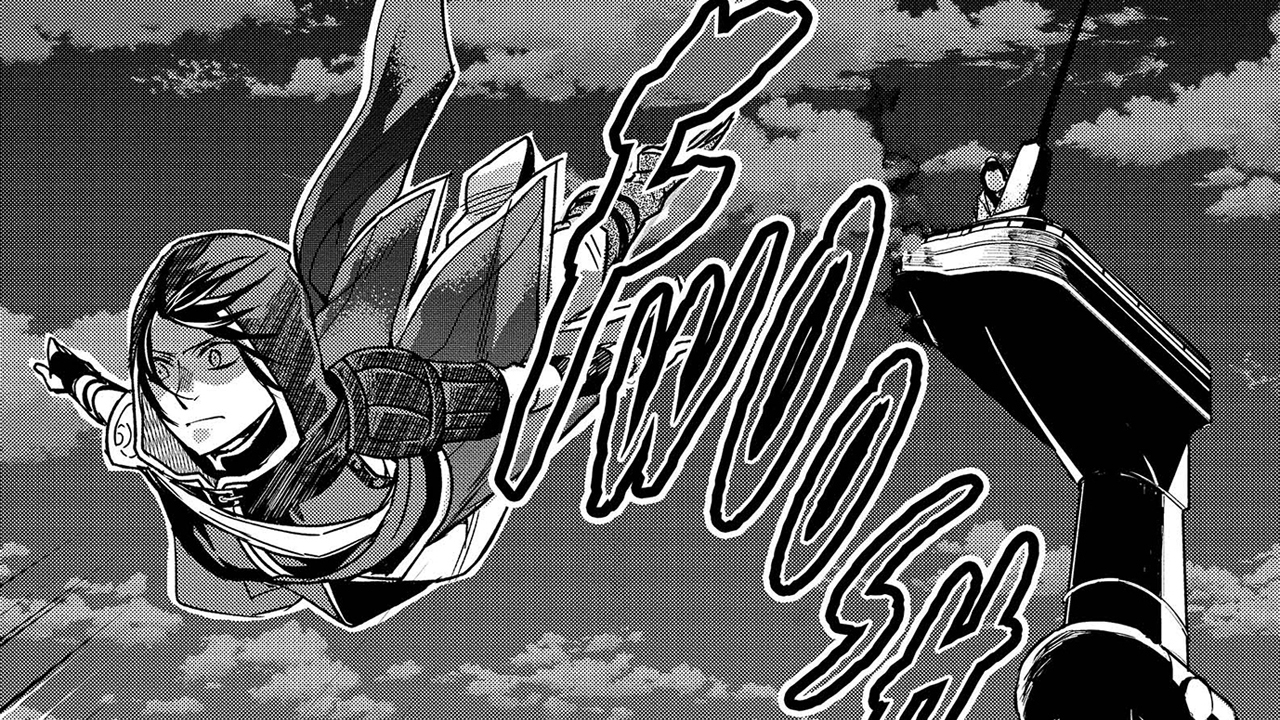 The manga and movie always seem to end right before we can really see what the lead can do though. I’d love to get a whole sequel manga about the adventures in the present. Evidently the Assassins and Templar agents are still around so lets see how it goes in the modern day. I think that would be a very exciting thriller series with both sides making big moves in the shadows. You already now that both groups have probably infiltrated all kinds of groups from the shadows already.

Kaori also makes for a solid villain in the past. She is quite devoted to her goal and really goes all out on being a crazy evil scientist. I’d say she underestimated Lisa just like Lisa underestimated her so it all events out. She was a lot more interesting than the villains in the past. Gao and the rest of the Tigers just felt like fodder for the most part. Technically a few of them even had the upper hand on Shao on a few occasions but none of them had very unique designs or personalities so they still felt like throwaways even when they were doing good. It’s hard to describe but they didn’t stand out.

It’s part of why the past setting is never quite able to match the present for me. It’s a lot harder to care about all of these guys. The previous manga did a better job of expanding the character cast in the past and giving them a lot of personality but in this one Shao is really one of the only characters with a lot to do. She is a great character and her quest for revenge is exciting. She gradually learns how to fight better in hand to hand while also keeping to her role as an assassin.

Shao’s the kind of fighter that you can’t count out and she also believed in her friend right away when the villain tried to frame her as an accomplice. Shao isn’t easily fooled and so she’s pretty much forced to carry the whole past story on her own. I’m not sure exactly what you would do to make the past a lot more interesting though. See, another issue is that it’s all in the past so it feels like it doesn’t matter much. It’s not like a flashback in a long running manga where you care because of the world building or you know these characters. These are brand new characters, most of which will die by the end and it’s all to locate the current spot of a box. (And usually the story doesn’t actually let us know where the box is)

I guess the first thing to do would be to have better villains but that’s easier said than done. On paper the story isn’t even bad. It’s a classic revenge tale and she has to steadily defeat all 8 Tigers one by one. That’s a great plot on its own and an exciting summary. How you make the villains more interesting is really up to the writer. Still, while this may not sound too positive, the story is still good. I’d say that the manga in general is a good one. It may not reach the next level but I had a good time reading it and it also has a decent amount of replay value.

There is a lot of action here and the volumes move very quickly. The 4 volumes have so many fights and quick plot developments that it feels like you only read 2 volumes and that’s good. Additionally the art got better as the series went along and I thought it was pretty solid by the end. Everything’s very streamlined, it actually reminded me of Papercutz a bit. The action scenes could get a little violent with people getting stabbed through the neck. The series would not let you forget that these are Assassins, that’s for sure. I wouldn’t say it crosses the line or anything but it’s a bit more than you may expect.

I can also say that you don’t need to play any games to understand this one. I forget if it was based on a game or if this is a completely original story but it doesn’t really matter. It’s completely self contained and you always know what’s going on here. It’s just the ending where you wish that the manga could have kept going for another volume or 2 because effectively it’s like the real story is starting now and that’s the present timeline that I want to see! 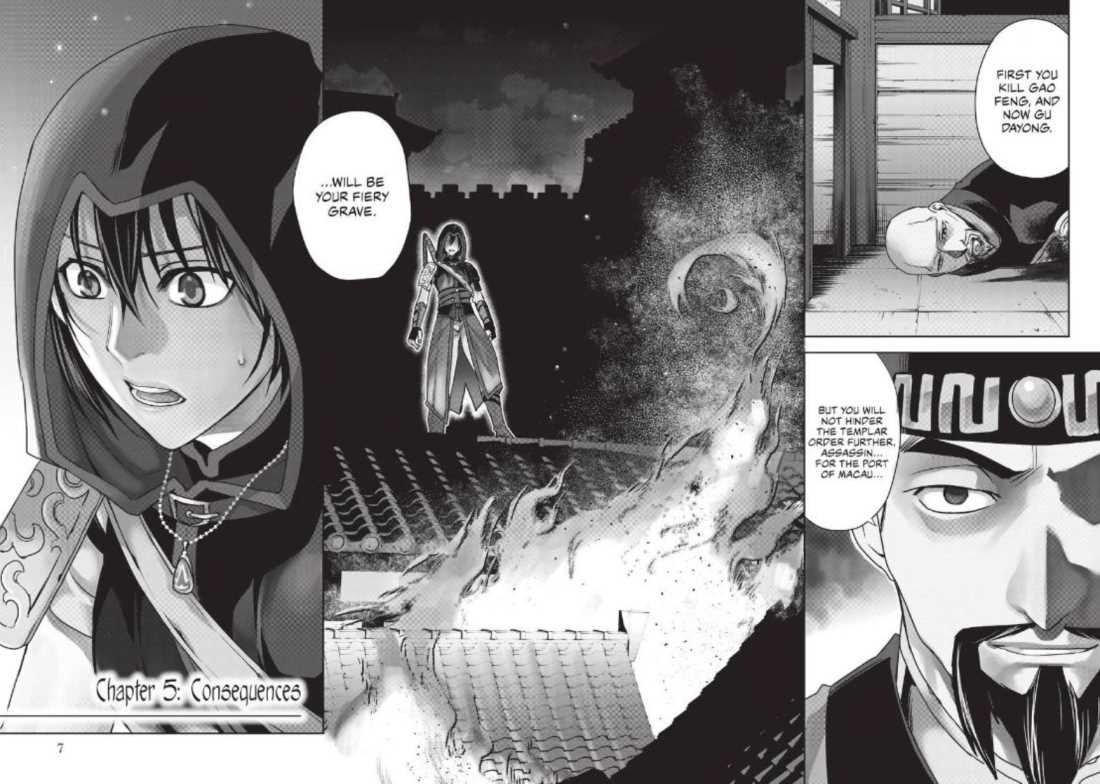 Overall, Blade of Shao Jun is a good title. I still wouldn’t call myself the biggest Assassin’s Creed fan and the very premise of always having to go to the distant path is a bit at odds with what I want to see since I’m really big on the present and the future. It’s all executed well enough though and if you’re looking for an old school story about Assassins then this should be up your alley. After all it’s not like there are a ton of stories like this so you want to grab the ones that you can get. Maybe you’ll find the villains more impressive than I did. If you do, then that would instantly jump the series up to the next level but I wouldn’t get my hopes too high there.