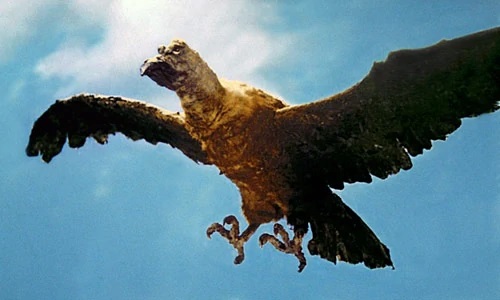 Suggested by Destroyer Yosemite Sam has his gun and he’s a quick little fella but he’s not ready to take on the Giant Condor. Put it this way, Giant Condor is so big that he’s basically a Kaiju despite being a normal bird. You really can’t say that for most fighters like him. He has no ranged attacks, that’s true but he would still be able to outmatch Yosemite Sam real quick with physical charges. There would just be no way to stop this beast! Giant Condor wins.