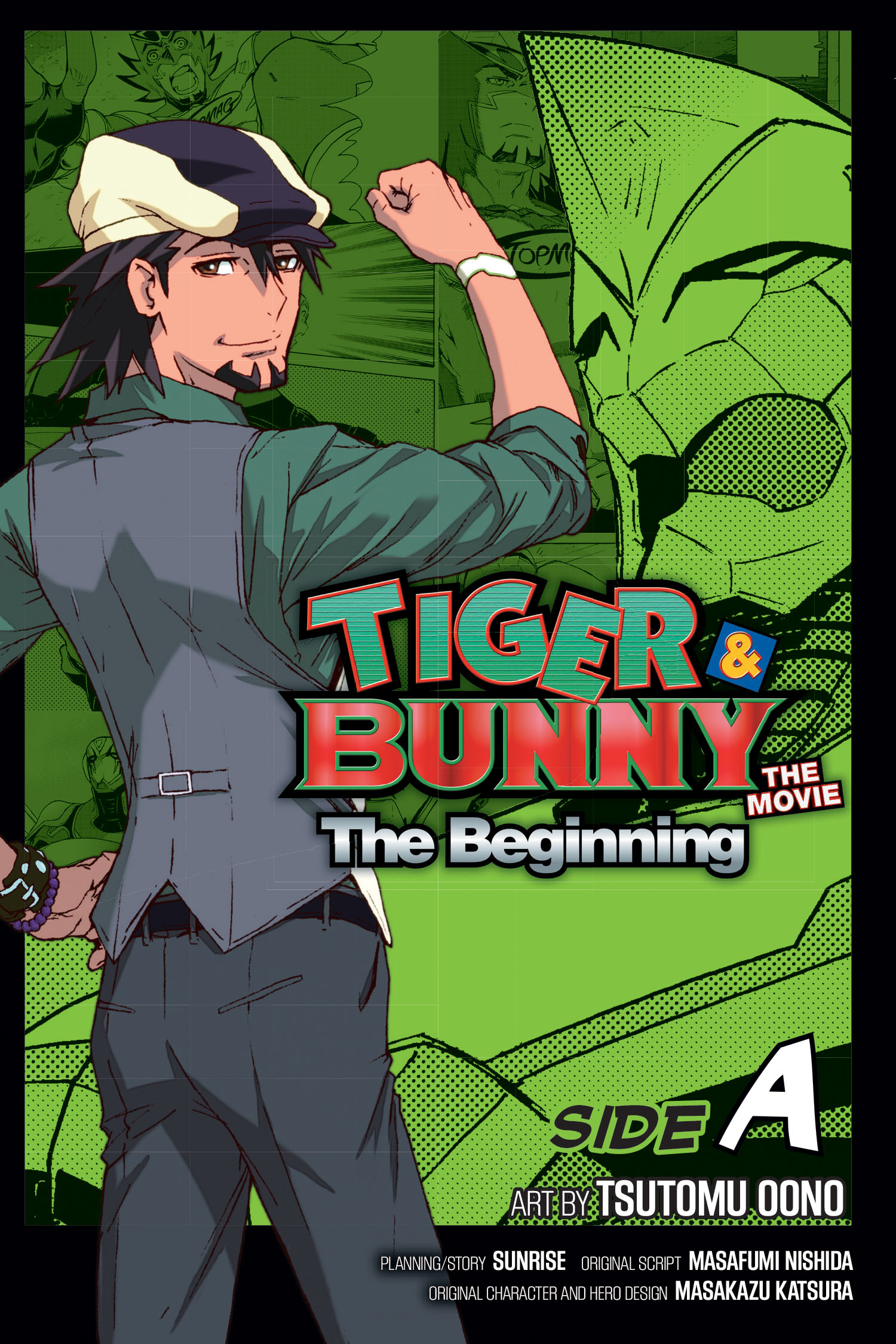 The introduction to Tiger & Bunny is starting to get rather nostalgic. I’ve now seen it in the first TV show, the original manga, the adaption in the movie, and now the adaption of the movie that was adapting the first show. It doesn’t really do much different from the core story so it works well if you aren’t able to access the movie but otherwise there isn’t a whole lot of reasons to check this one out. It’s a perfectly serviceable adaption though and I’d say that the art is actually better than the main series so that’s worth noting as well.

The series starts with Tiger not doing so well as he helps to stop a villain but causes a lot of property damage in the process. Unfortunately while he wants to do the right thing, he just isn’t very good at being efficient most of the time. His company has even closed as Tiger will now be owned by one of the bigger hero agencies. They want him to be partners with this new hero named Barnaby. Tiger decides to call him Bunny since the outfit looks like one but he’s really just sore because on Barnaby’s first day he ends up saving Tiger from certain doom. Bunny is a very modern hero who worries about the ratings while Tiger just wants to help people. Will they really be able to form a solid partnership and stop the crooks or is this duo about to get absolutely devastated against the first villain they meet?

It almost feels weird writing that plot summary for a third time but hey that’s just how it goes. As this is based on the first movie which readapts the first part of the TV show you already know all of the story beats. Ultimately the series is about Tiger & Bunny getting to know each other and coming to terms with each other’s differences enough to at least tolerate each other. Ultimately they both want the same thing which is to help people out when they are in trouble and go from there. It’s the ultimate goal of any true hero after all and that’s just how you have to do it.

Tiger is a good main character. He may not be the strongest fighter but you have to appreciate his heart. I always preferred Bunny from the two main characters though. Sure he may not be as heroic at first but he has a lot of confidence and is very good at what he does. There’s a reason why he quickly starts to be known as one of the top heroes while Tiger is stuck near the bottom. Keep in mind that they have the same abilities so it’s not like one has a better power than the other.

The series also keeps in a lot of the fun foreshadowing for the next sagas even though it doesn’t get up to there yet. That’s a good thing because it still gives the reader some insight that there is more to explore within the universe. We have the judge who appears and looks very sinister so even if you only read this series you’ll likely suspect that something is up with him. Bunny’s boss also looks a bit suspect but it could just be the lighting. There isn’t a lot of time to go into Bunny’s origin story here either so you just get the bare minimum but enough to know that he is fighting his own demons in the shadows.

The rest of the heroes don’t make for the greatest supporting cast though and that’s what holds them back quite a bit. Fire Emblem continues to attack one of the other heroes and you feel bad for Rock Bison the whole time but also wish he could do something about this. Dragon Kid and Oragami don’t have time to do much here. I guess we see a bit about how Cyclone is jealous of how everyone loves Barnaby right away. In general they don’t get along with Bunny much either since the guy is so standoffish the whole time. Not only does he not try to get along with them but he actively seems to antagonize them. He’s certainly no team player here.

That gets tricky for the main case where the heroes have to take out Robin, a guy who can switch places with other people. It’s a really difficult power to contend with since in theory it means that he can constantly escape from any situation. How do you tie a guy down when he can just do that at any point? The easy answer is that you don’t, but even considering that I would say that their plans were pretty bad. At one point they try holding hands to block his exit but the guy can just run off. Another plan is to have everyone bunch together but all the villain has to do is wait them out.

Ultimately Robin gets too tricky for his own good and puts himself in a bad spot. I’ll also give the heroes some credit there because the last plan was good. I also do think this was a good way of getting Tiger and Bunny to trust each other a bit more. Usually you’d have a message that encourages teamwork and the two have to band together in order to get this going but instead Tiger trusts Bunny to get the job done and decides not to get in his way. I thought this was great because sometimes it is just better to tackle a threat by yourself. You shouldn’t feel like you have to squeeze teamwork in just to say that you did it. So the original plot tacked on to the original origin was a good one.

The art here is fairly good, in fact I think it looks a bit better than the main series. The artist did a better job of drawing each robot suit so they didn’t look too similar this time around. I wouldn’t say it’s anything super high end or something like that but it gets the job done. It’s easy to read through and I definitely had no issues getting to the end. Even though the story is familiar, it’s still fun enough. I could safely recommend this as a reasonable read to anyone trying to get into the franchise. The ending works well without any huge cliffhangers and you could then jump right into the show. 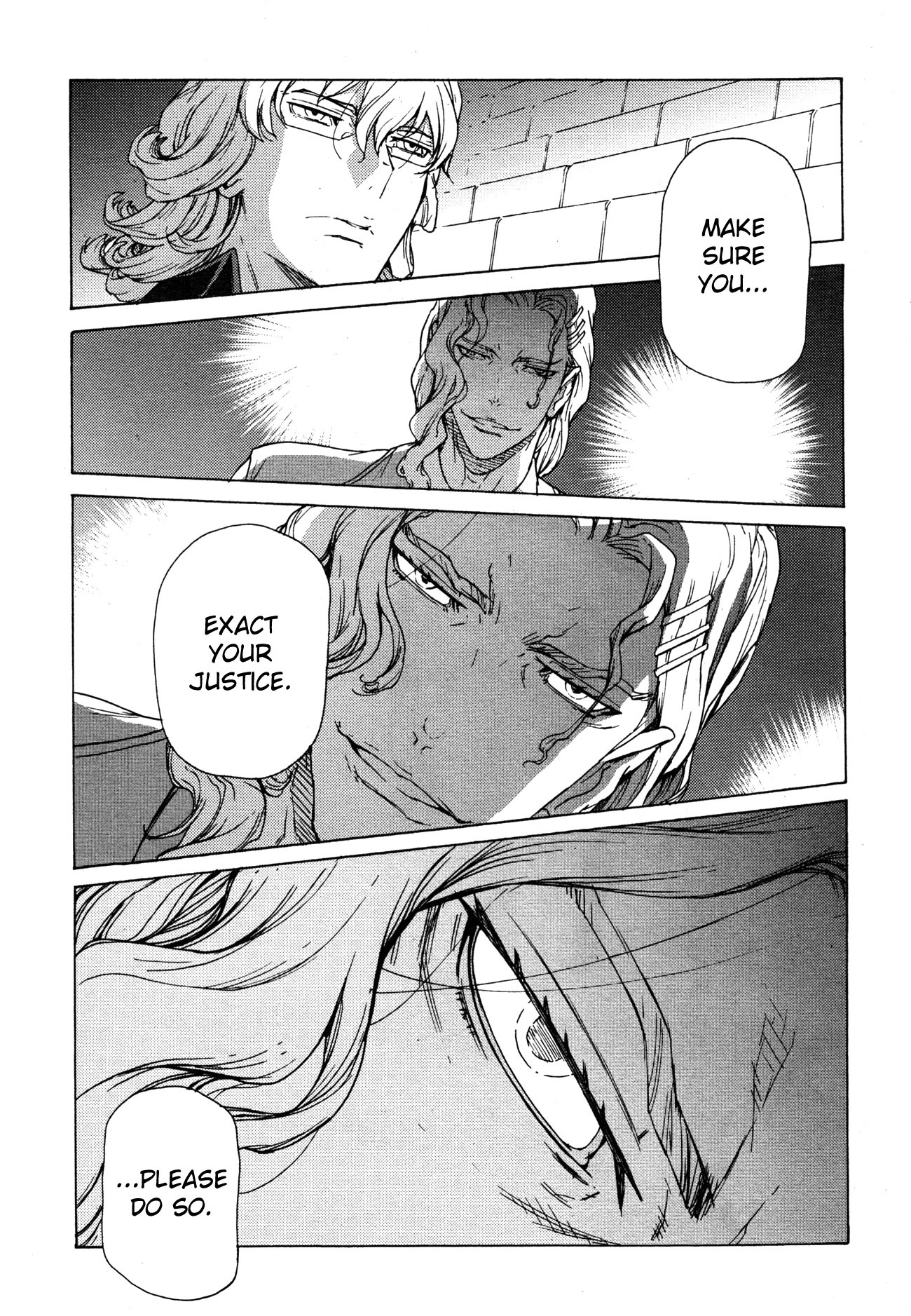 Overall, Tiger & Bunny could use a bit more of an engaging cast to get things to the next level but as far as superhero origins go this one worked out well. The setting of heroes ranked by popularity and getting points during livestreams is a very unique one. I’d say it works well to give the series a hook and make it stand out from the rest. Once we get to the more plot based sagas then this should only continue to improve. I’ve got two more Tiger & Bunny reviews coming up, one sooner than later so the franchise continues on!