Reddit just sent out a 2022 recap which is pretty cool. It’s not huge but does have some fun little stats so I figure I’ll post them below with a little dialogue/commentary from yours truly. 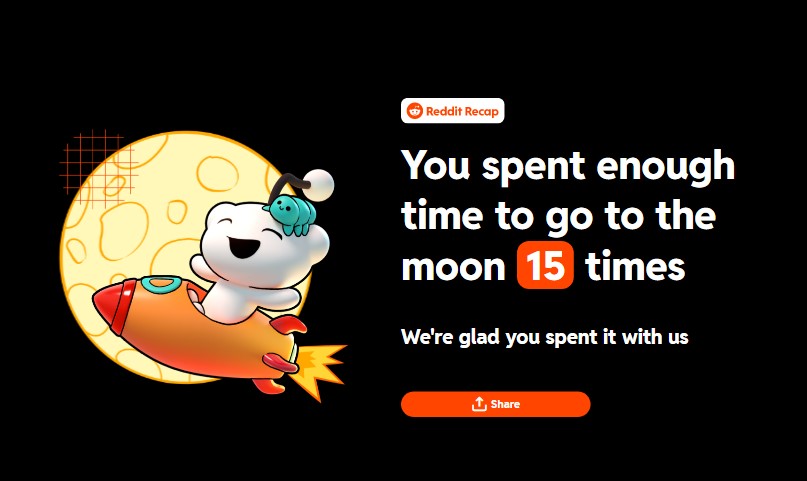 I’m not exactly sure on the length of a banana but this stat seems pretty impressive. I’m definitely on Reddit a lot, it’s my #1 website so this certainly tracks. 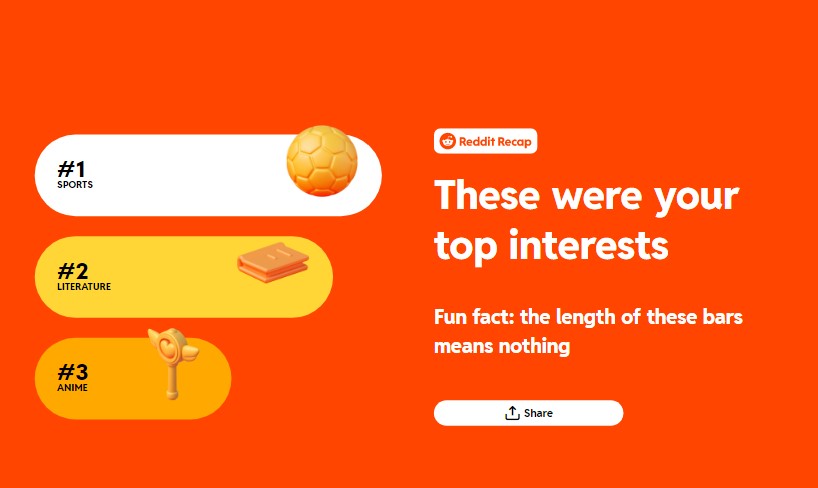 Not sure how anime went under literature so my guess is that maybe the CharacterRants sub reddit counts under that category? It’s the only way that it makes sense but it’s pretty cool that they track this stuff. We’ll get even more detailed stats coming up. 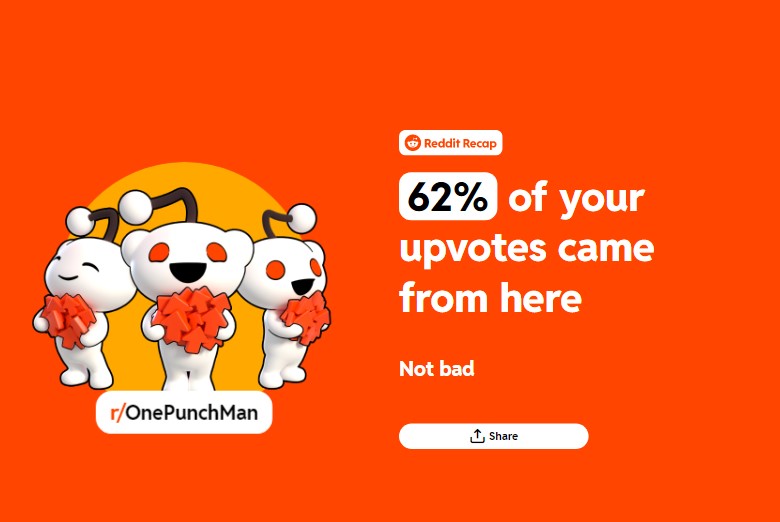 Not surprised with this one because I had a comment that went crazy! One of the only times I had a crazy high upvote count like that. 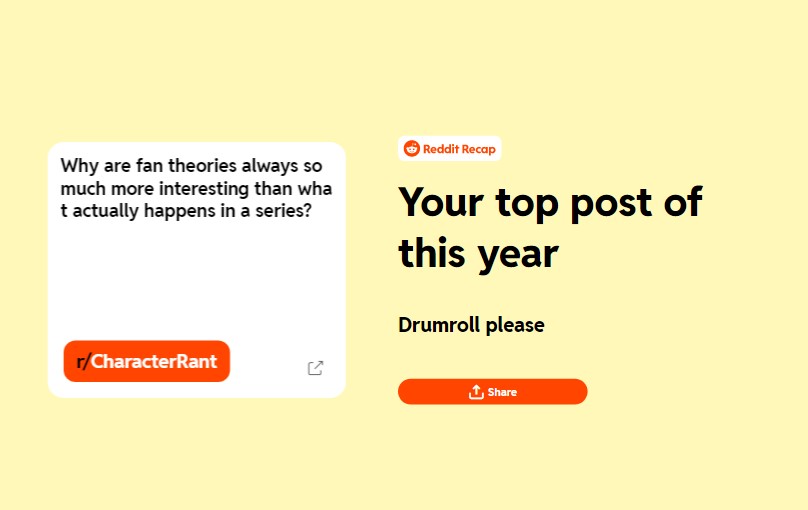 This was a fun post. Sometimes your headcanon runs overboard and once it does then it’s tough on the series because it can’t keep up. Looks like a lot of folks agreed with me on this. 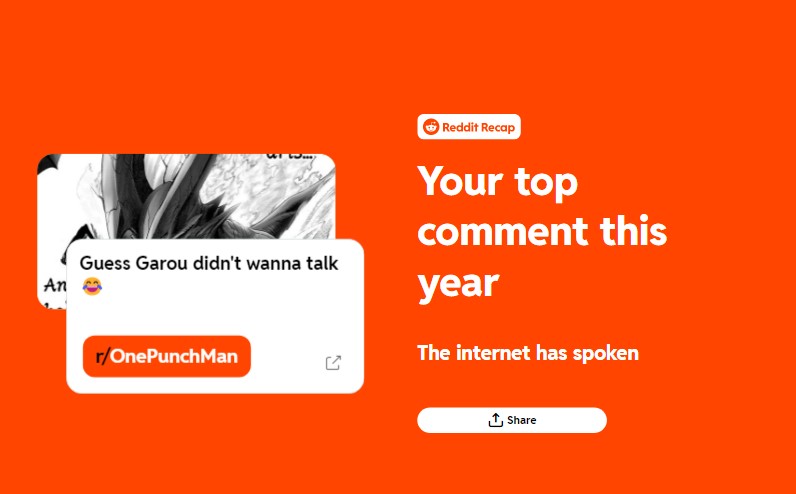 This was an intense comment! Garou definitely isn’t someone who plays around and I’m glad people saw the humor in it too. 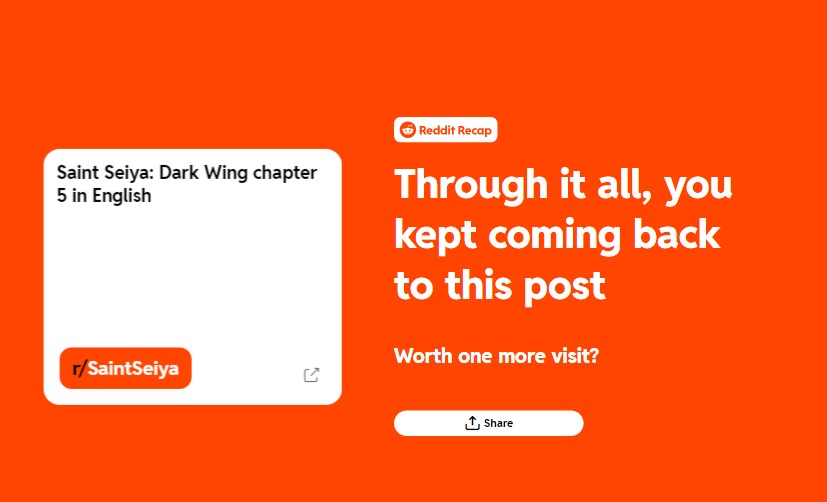 Not really sure why I kept clicking on this post. Maybe I used it as a shortcut to go to the profile and see if any new chapters were uploaded? It’s a fun series either way though. 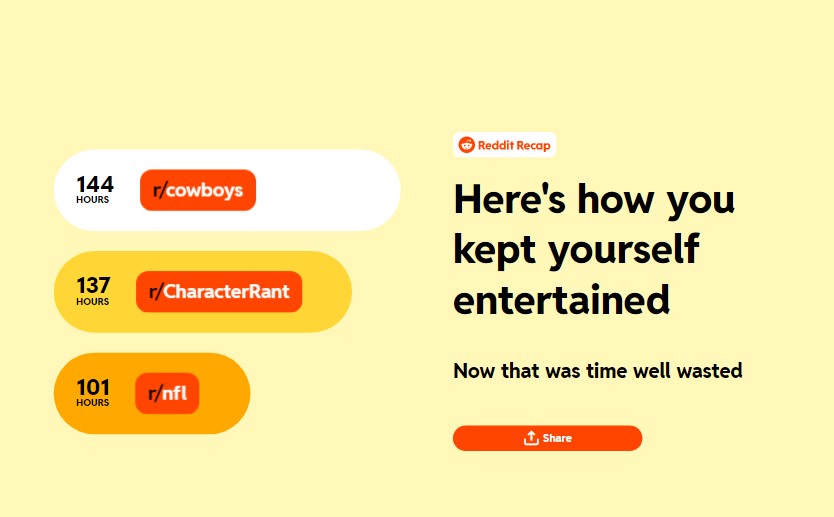 Now this is the best stat. So I spent almost 400 hours just on these 3 sub reddits and you know that I view a ton of other ones as well. Man that’s impressive. I’m not surprised by these being my top 3 reddits either. I’m sure Fantasy Football is likely in 4th. There’s just so much to check out on those pages and I could be there for days. It’s certainly been a power packed year that’s for sure! My numbers have almost doubled since last year so I doubt we’ll see quite the same growth next time.