With Christmas over I have compiled all the games I got. It was a pretty good haul of 20 games this year with a lot of high powered titles here. I’ve attached an image below as well as a written list of all the games. It’ll definitely be a little while until I have completed all of these of course so this should last a while. It’s a good variety of games among different consoles.

As a console milestone, the 3DS caught up to the Switch as I now have the same amount of games for each console. Pretty impressive I must say but ultimately I see the Switch winning this one as they just have a lot of games that we haven’t gotten yet. No other console took a lead yet but PS4 got the most new games here with 8 so that console continues to rise quickly. 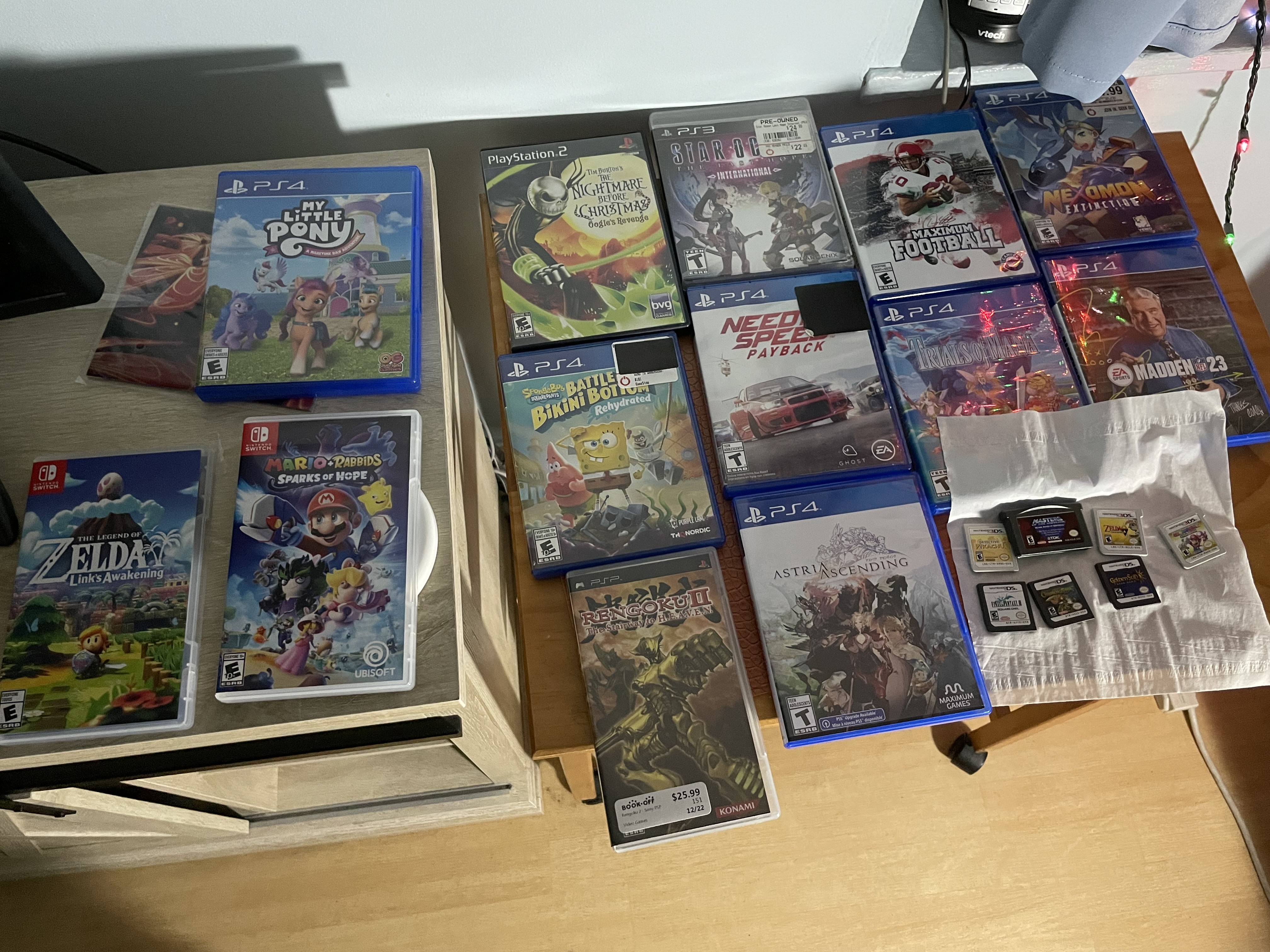