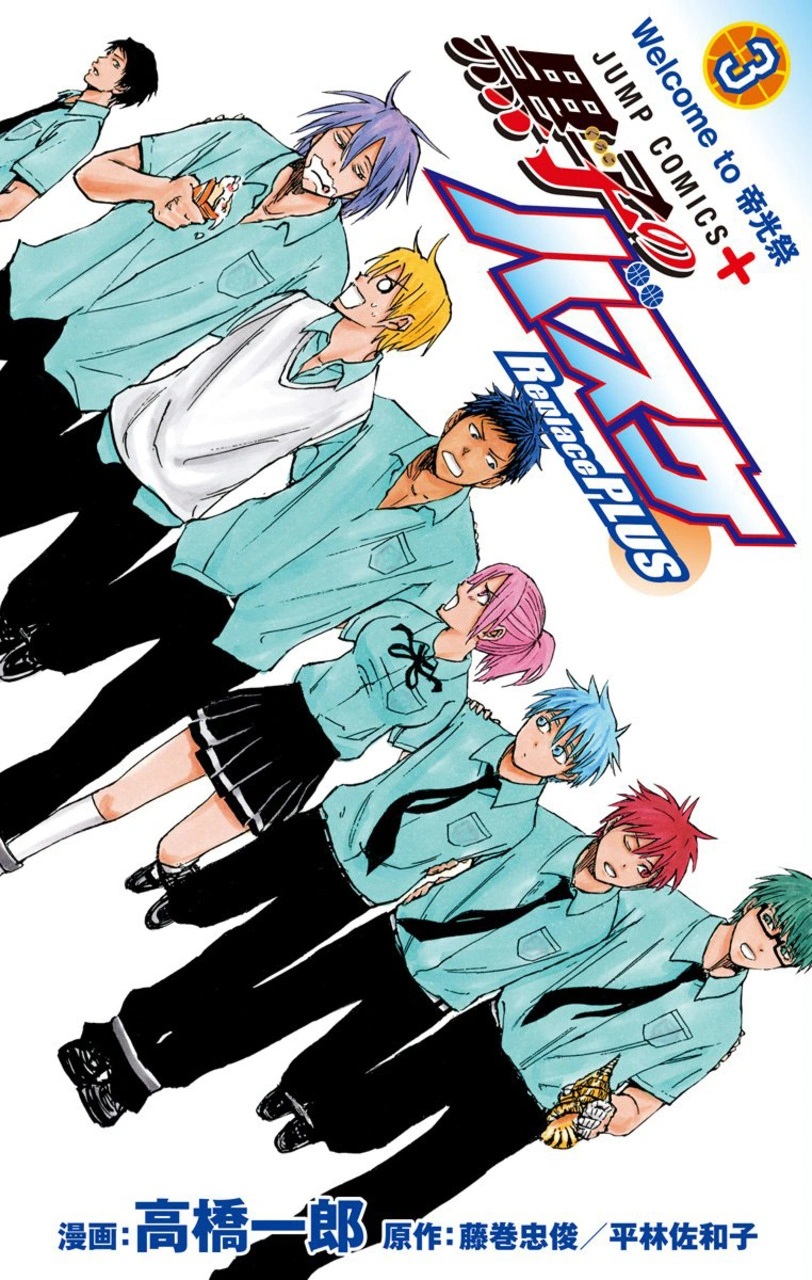 This is a series I was reading for a very long time until it finally finished. The original Kuroko’s Basketball was excellent and I enjoyed the sequel a lot as well. This one’s more of an “Eh” kind of series though. It’s a comedic slice of life title that can be borderline 4 koma at times although usually it’s still traditional. It’s basically about the characters messing around and having fun the whole time. The only catch here of course is that the cast isn’t the most varied in terms of their personalities. They’ve all got their gimmick that is dialed up to 11 for the series but that’s about it.

There isn’t exactly an ongoing story for the series either but I have to say that it’s impressive how the series ran for 10 volumes. That’s surprisingly good and so there are a lot of different stories here. It’s a series that is very easy to just turn your brain off and check out at any time. I would say that is its biggest advantage. None of the stories are going to be bad either. Maybe some of them will be a bit dull but they tend to be very consistent. You watch the characters all overreact to classic situations and there are a whole lot of different scenarios you can put them in.

The artwork isn’t bad. It’s close enough to the original where you can easily recognize all of the characters so there’s no issue there. It’s not quite as high tier as the main series would be but I can’t think of a time off the top of my head where a spinoff beat the main title anyway. Additionally this series is focused more on comedy as it is so that’s where the focus would be anyway. As long as the art is good enough to be clear then I don’t have any issues on that front.

It feels like it can be a bit harder to go in depth about this series as well just because it’s all pretty straight forward. Either you like the anthology type stories contained in the series or you don’t. For my money I just don’t have much of a strong opinion on them one way or the other. They make for a fun enough read as you go through but it’s why the series is right in the middle. I wouldn’t have any reason to read it again but if someone wants more adventures with the Kuroko gang then this is a solid recommendation. They are all still in character after all and this works as a way to see them outside of the matches.

The main series had a good amount of character development either way but this one helps to take a step further by constantly having them hang out outside of the game context. It’s almost like you have a whole series that would usually just be a bunch of bonus chapters. It’s always a pretty interesting way to think about this. I could absolutely picture these chapters just being shown at the back of each volume. It’s almost like how the slime diaries could just be bonus comedy bits at the end of main episodes. 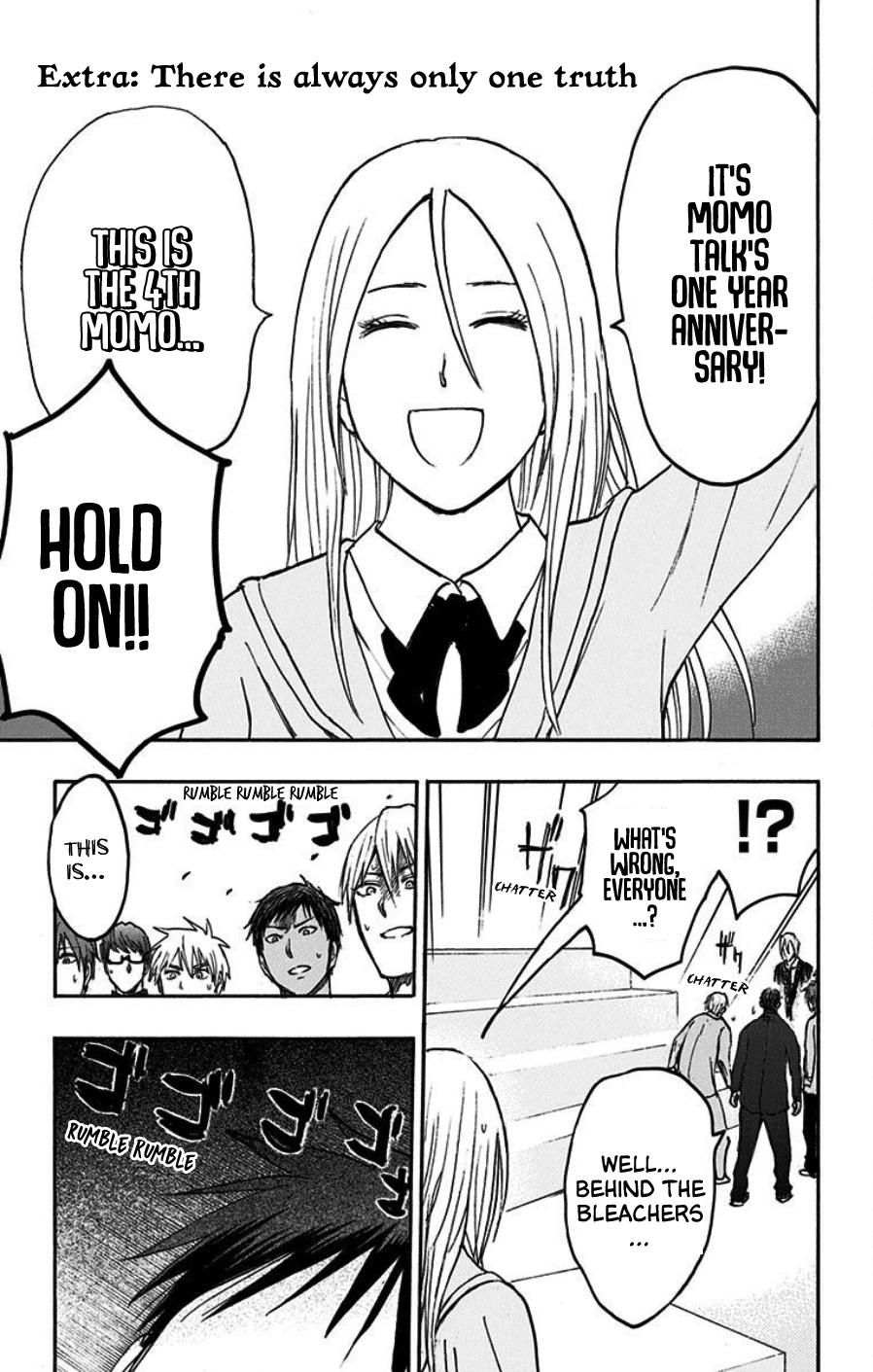 This one has no fanservice issues or any real demerits but at the same time there is also less happening here on a story level. Occasionally you will have a more serious mini arc like one where two of the characters go to an abandoned school to find some basketballs. That worked pretty well in context and was probably one of the more engaging stories. Other times it’s just a matter of finding somebody or getting part time jobs to help grab some money. The stories have a lot of variety in what is happening even if the tone and atmosphere of them are often the same. They make for easy reads but it’s probably not the best series to marathon because then it might get a little repetitive. Of course whenever someone tells you not to marathon something that doesn’t sound good because it will always feel like a bad thing no matter how it is phrased.

Personally what I would have done here would have been to give some kind of central focus that would make all of the stories more interconnected. I think the easiest way to do this would have been some kind of summer camp. So the heroes are all taken somewhere where there is no basketball and then all of the stories happen there. It would take them away from their comfort zone and even if the stories are anthology style, it feels like they are connected because of the new landscape. Of course alternatively you could have some kind of a big overarching plot as well. It’s not like these things are necessary but I do think the series would have stood out more as a result.

Alternately you could have more of the stories taking place at the same time so it all feels like one big adventure. For example you can merge the chapter where the club all gets jobs to raise money with one where the main heroine is trying to convince Kuroko to go out with her with one where there’s a big party going on. Just keep everything going as more of a serialized comedy as opposed to anthology. It’s no secret that I’ve never been a big fan of the anthology format. To me there is no winning there because each story is so short. Either the story is weak and drags the good ones down or it is good and then it ends before you can really enjoy it. By going with these short stories you are effectively always behind the curve and there just isn’t much opportunity to change that.

If you did longer stories that had more of a full continuity to them then the comedy would really have a chance to excel and soar to new heights. That is definitely the best way to go if you ask me. I also think it would make this easier to marathon. You can probably think of many comedy and slice of life titles where you’re eager to see what happens next because there are still dynamics that continue and some kind of goal at the end. This one doesn’t have that which is why it just feels like a bunch of bonus chapters all stuck together.

Additionally because of this the series will try too hard to be funny. Now the link is not necessarily true that being an anthology will have you try to hard but it does make sense to me. Because the stories don’t continue then they have to try and cram all of the random gags in as quickly as possible. Usually this just means repeating the same jokes like Kuroko being invisible. The main series does a better job of the comedy because of this as it gets to make the most of the little moments between games while this one is just trying to throw everything at you all at once. Some jokes may land but more often than not you’ll just keep reading without much of a smile. Fortunately the stories are still interesting enough where you want to get through them even if you aren’t laughing though. 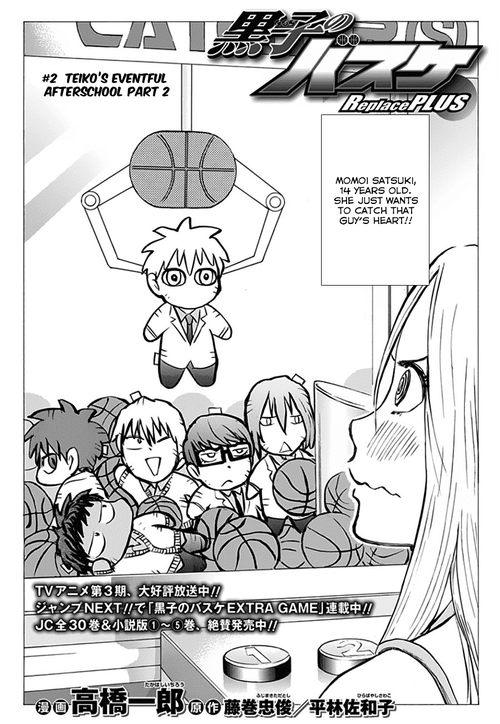 Overall, Kuroko’s Basketball is a solid franchise and it’s always cool to see more installments but this one won’t be moving the needle for you much at all. It’s a series that you will read and then once you put it on the shelf that’s probably the last time you will think about it. There aren’t any deep themes to unpack or serious plots to have fun with. It’s not even super funny so at the end of the day while there are no negative aspects to the series and it is in no way bad….it’s just not going to be keeping up in the end. You should only check this out if you’re a huge fan of the franchise but otherwise you can skip this title.