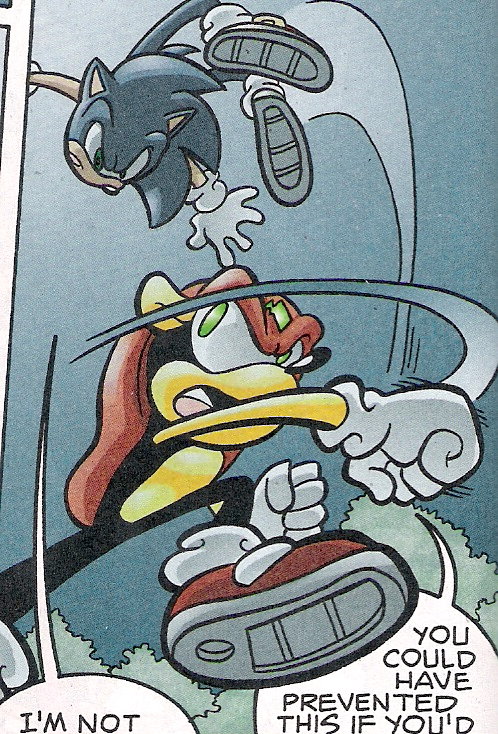 Mighty is a pretty brave fighter, but he lacks the speed that Sonic has. Sonic is known as the Blue Blur and you can definitely see why. Even if they were both moving at the same speed, Sonic’s a better fighter. I just don’t think that Mighty could last in the ring against Sonic. Sonic has defeated far stronger opponents in the past. Sonic wins.