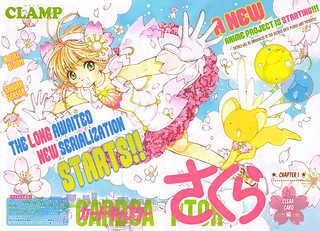 The sequel’s off to a good start. Granted, it’s only the first chapter, but already it is much more interesting than the Tsubasa sequel and the art is a big improvement. I wasn’t a big fan of the original Cardcaptor Sakura so this could end up being the sequel that elevates the franchise if it plays its card right. I’ll have a review for the series when it finishes.