All right, I have finally finished the Yugioh 5Ds series! To think, I started this title all the way back in 2011. It’s been about 6 years, but it was a fun ride. The Yugioh 5Ds manga may have been a little less ambitious than its anime counterpart, but the same could be said for the rest. 5Ds was a lot of fun and the Yugioh game is simply so great that the manga is still an all-star by the end. I’ll compare it to the other Yugioh manga (plural) a little more in depth later. For now, let’s start with the plot.

Yusei is from Satellite sector so he lived in the slums for a while. It doesn’t get him down though and Yusei still has fun dueling everyone. Things change when a mysterious knight challenges him to a duel with his life as the stakes. Yusei manages to fend him off, but his best friend, Sect is corrupted and turns to the side of evil. Meanwhile, Goodwin (Rich guy who has his own tournament) wants to revive an incredibly powerful dark overlord to do his bidding although his real reason will come later on. Yusei will have to win the tournament and defeat the Shadow Spectres at various sites in order to turn Sect to the side of light once more. There are a lot of other obstacles that he’ll have to overcome, but Yusei is ready to ride to the next level!

The manga invented a concept for the 5Ds series about sense. When you drive fast enough and with a lot of passion, you’ll be able to hit opponents with a blast of sense. So, what is sense exactly? Well, it is basically hitting someone with pure telekinetic force, which is enough to get them off course or even cause serious injury. It makes virtual reality real and allows 5Ds to have Shadow Games to an extent. I actually enjoyed this concept, but I can also see how it might not have worked too well in the anime. If Sense was a real thing, then why would anyone want to actually duel under those circumstances? You would always be putting your life on the line and even if the general public couldn’t access this ability, it would be a little strange. Nothing’s too strange for Yugioh world though and I’m sure that I could have gotten behind it. I’m sure the anime could have made the scenes look really intense.

As you would expect, the art is pretty crisp and clean here. The author does a good job of showing the duels and capturing the intensity of the high stakes rounds. I’d say that the animation probably is a little better than what we have in GX. The monsters all look good and the duels are very easy to follow. Had the series gone on any longer, I’m sure that the art would continue to improve. It is an area that can certainly be counted as a strength for the series.

Yusei is a great character as you will have come to expect from Yugioh. He’s a superb duelist and does whatever it takes to keep his friends safe. I’ve always preferred Jaden and Yami Yugi, but Yusei is certainly leagues above Yugi, Yuma, and Yuuya. His Stardust Dragon is certainly a great ace to have up his sleeve and his synchro summon deck certainly seems well balanced. It’s easy to say that Yusei is the best character here. Sect is Yusei’s best friend and the guy was made up for the manga. He’s not a bad friend I suppose, but he’s just not tough enough for me. I like characters who have a certain flair of confidence of arrogance about them. Otherwise, the character just has to be really good at being a nice guy. I just never found Sect all that enjoyable and even once he got his evil form, it wasn’t all that great. It was an improvement though and at least he finally became one of the big shots. I certainly won’t call him a bad character though and he serves his role fairly well, but I think we could have put Crow in his place and then the manga wouldn’t have needed an original character.

Jack is certainly a major character here as you would expect. He’s as tough as always and I would say that he is the second best character in the manga. He doesn’t really get a chance to become a full fledged hero like he was in the anime, but he serves his purpose as the tough rival who always keeps everyone on their guard. His Red Dragon Archfiend is definitely a really cool ace monster to have at the ready as well. We’ve also got Crow who is more of a friend than a rival. He comes out of the blue a little less than he did in the anime so the character wasn’t as forced. Plus, with most of the characters randomly showing up in the manga at some point or another, he fit in well. Crow’s not a bad character either, but he always felt a little bland when placed next to Yusei and Jack. Not to mention that I don’t think he could hold his own against either of those two. He’s no Joey Wheeler, but Crow’s a good pal to have around. You can never have too many dueling friends.

Akiza is a character who is quite different from her TV show counterpart. For starters, she is actually very popular at school and isn’t a psychic who works for a shady organization. That’s too bad since the plot was definitely a lot of fun in the show, but her new role is handled well. It’s a shame that her appearances were so brief in the manga, but I guess the series couldn’t squeeze everyone in. As it stands, she’s a good character. Leo and Luna have also been altered from the show and the result is a little worse than Akiza. Leo is fairly similar as he panics a lot, but since Luna bosses him around a lot in the manga, it makes things dicey for him. He goes along with her plans since she is the boss, even if he doesn’t necessarily agree with it. Luna is evil for most of the series, I believe that this was in part due to some kind of darkness that had infected her. Either that or it was actually natural and then the duel just showed her the light. The two characters were rather boring and I was ready for Yusei to take them down for the count.

The Skeleton Knight is another new character for the series and he serves as one of the main villains. This guy was definitely really cool and he helped the series start with a bang right from the get go. The stakes were real at soon as he appeared since it meant that the plot was starting early. He doesn’t get to duel a whole lot, but the battles that he does get are satisfying and he lives up to the hype that surrounds him. He may not have a lot of character, but you can’t really go wrong with a solid design and the cool demeanor that he has. Director Goodwin is one of the big villains here as you would expect thanks to the show. He’s a pretty good villain. He certainly won’t be matching some of the iconic foes like Marik, but Goodwin does a good job of ensuring that he is a threat and gives the heroes a really good showdown.

A lot of the other supporting characters from the show appear at some point during the series. Bolt, Officer Trudge, (Ushio), Kalin, and others. Kalin in particular was a really cool character from the show, but he didn’t get quite as much to do in the manga due to the limited amount of duels that could be covered. It was definitely funny to see how many people had a grudge with Jack though. Akiza, Kalin, Yusei, Sect to an extent, etc. Everyone wanted a piece of Jack by the end and at least that goes to show that his reputation really does precede him. Defeating Jack Atlas is always something to brag about since few are able to accomplish this.

So, how does this manga stack up against the other Yugioh titles? Well, Duelist is obviously still the best and I’d put R at second. After that, it starts to get a lot closer between the titles. I’d put Millennium World at third followed by Yugioh GX at fourth. GX is the manga that I haven’t read for the longest time though so it is possible that things will change when I re read it. Who knows, maybe it’ll end up passing Millennium World! Next would be Yugioh Zexal and then Yugioh 5Ds at 6th. Classic Yugioh is easily the worst and hasn’t aged all that well, but how good can a Yugioh series be without a lot of duels anyway? It’ll be cool to see where Arc V ranks on this list once the manga finally comes out. 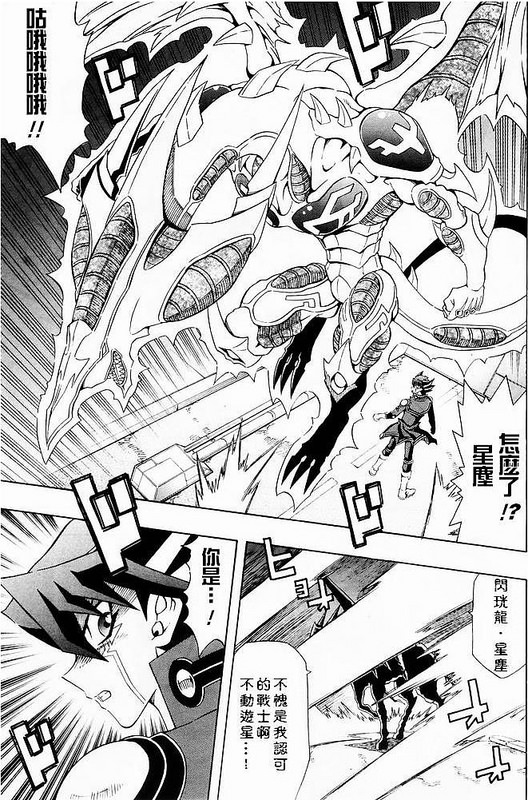 Overall, Yugioh 5Ds is definitely a lot of fun. I was really hoping that it could get past the 9 volume curse for Yugioh Spinoffs, but no such luck I suppose. It looks like Arc V will have to be the one to do that. The series did a lot in the short length that it had though and each volume is power packed with action and duels. The review is a little short, but keep in mind that I did read this series over the course of 6 years so some of the older events aren’t as fresh as they would have been otherwise. The tournament arc was a lot of fun and there were certainly a good amount of events in the series, but it all continues pretty seamlessly so that’s why you don’t need to spend too much time talking about the plot. In the end, you’re here for the duels an the series definitely delivers on that. In the end, this is just a really enjoyable title and you don’t really have to put too much thought into it. It’s the perfect manga to just pick up and read when you’re in the mood. This is a must read for all Yugioh fans and people who simply like to enjoy a good action story as well. With good art and characters to back it up, the title really has no weaknesses. It is a shame that Leo and Luna fell kind of flat, but I never liked them much to start off with so they have no real effect on the final product. With the final Zexal volume already out, you can expect another Yugioh review soon.