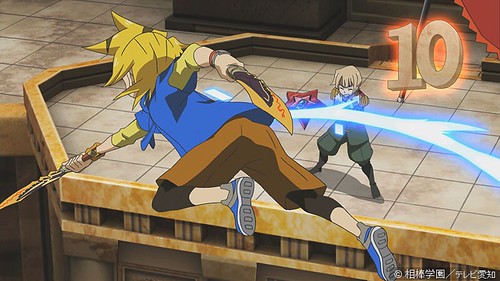 Suggested by Sonic This is a match with an outcome that you wouldn’t really suspect. Magoroku Shido has lost many duels over and over again in the series and has never shown that he has the same level of skill as Noboru and the others. That being said, the losses worked to his advantage as he has obtained many decks over the seasons to the point where he easily outranks Noboru’s. Noboru has no game changing card like Gao with his best card being the weakest Impact Monster in the series. Shido doesn’t have too many great card either but he has several members from the 100 Demons and his ice type monster also isn’t bad. His array of monsters is just better than Noboru’s and that’ll make up for the difference in human skill. Who’d have thought that his terrible record in the show would actually help him in the end. Magoroku Shido wins.