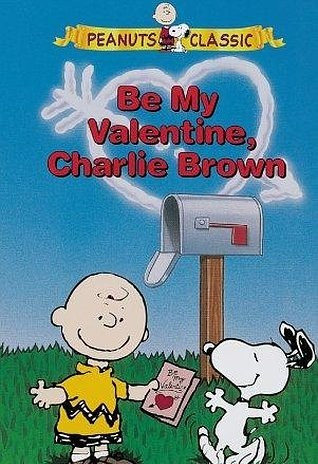 It’s time for the third Charlie Brown special in a row. The main plot in this one isn’t that bad and may be the most entertaining, but we also got the worst subplot of the trio. Yes, Linus actually got the worst plot for a change and it was a little surprising since you’d expect his story to be pretty interesting most of the time. I suppose it just wasn’t to be, but at least we got to see Snoopy pranking people and just making the day more fun in general.

It’s Valentine’s Day and Charlie is hoping that he’ll actually get one for a change. The problem is that the system is rigged against him as it involves students each writing Valentine’s to the other kids and then someone hands them out later. Since Charlie has no friends to send him Valentine’s, this means that he has to sit around and wait as they slowly show him all of the letters that are for everyone else. I’m surprised that Charlie was surprised at this result, but I guess you have to be in a state of denial sometimes or the school will overwhelm you. The main plot sees Charlie get down about this, but he must hang in there. Surely someone will give him a card before the day is over…right?

As for the Linus subplot, he buys a chocolate for his teacher. The problem is that she’s always dashing around so he can’t find an opportunity to give it to her. Can he make it in time or will he have to start looking for a refund. I’d say that it was an emotional trip, but it really wasn’t. The subplot didn’t really add anything to the special except for an opportunity to see Sally chase after him for the chocolate. I’m definitely in the mood for such a large quantity myself. It looked pretty filling although assorted chocolates usually don’t end up taking away your hunger all that much. The pieces are just too small.

The end of the special has a pretty tough choice. Would you accept a used valentine? That’s the question that you’ve gotta ask yourself. I’d definitely say “Lol no” but maybe I’d say that I appreciate the sentiment if I didn’t feel like it was intended as an insult. It just seems like you’d be better off with no card than to get a fake one. I guess Charlie was pretty desperate at the end though. Once again, his imagination takes off with him though as he starts to believe that he is actually really popular all of a sudden. It’s a little hard to take seriously, but everyone has to start somewhere right? Maybe Charlie’s time has finally arrived.

A decent interlude during all of this was Snoopy’s live puppet show. It really reminds you just how intense the dog could be. He deliberately used the play as a ruse so he could attack Lucy and laugh about it. Charlie didn’t seem to mind much so I guess Snoopy already had him on the payroll. The scene wasn’t too long which prevented it from dragging on or getting obnoxious. It’s always good to have a change of pace as long as it is handled well.

The animation is consistent as always. The chocolate box looked pretty good and all of the character models were on point. It’s nothing to write home about, but there are no real flaws either. It’s a tried and true recipe to success. This special didn’t really have any songs though and it feels like the specials just ditched the concept of a soundtrack all of a sudden. Where’d all the music go? I always like to have some music as it makes the whole special more endearing.

Overall, The special was decently good. The Linus part could have been left out, but Charlie’s plot had the right mix of tragedy and comedy. You never felt too bad for him because this was probably one of the most minor sad events to ever happen to him. Seriously, it’s usually a lot worse. Not getting a Valentine on Valentine’s Day is like not getting a turkey on Thanksgiving. It’s sad, but you’ll live so long as you have Mash and a bowl of Macaroni and Cheese. I’m not sure when I’ll see my next Charlie Brown special, but there are always more out there so they shall return. In the meantime, prepare for some more intense reviews coming up.