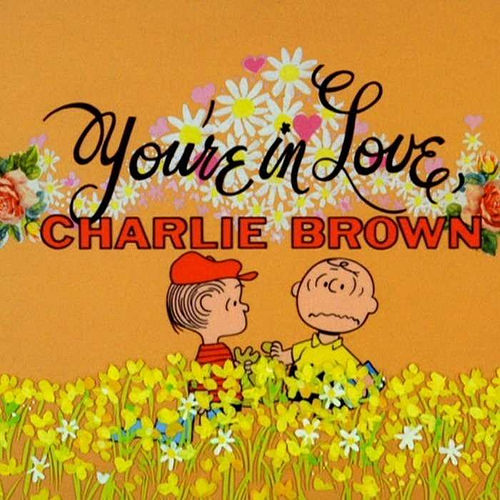 This Charlie Brown special was definitely a lot more true to what the series is all about. It’s another story of Charlie Brown trying to win the red haired girl’s attention, but getting embarrassed along the way. However, it’s certainly not as personal as in the last one. Everyone is mean to him, but that’s to be expected at this point. It was just more enjoyable and this special was even older so it makes sense. Peppermint Patty has her first real role here since the Chuck gimmick happens for the first time based on Charlie’s reaction and it just feels retro.

Charlie tries to impress the red haired girl quite a few times or to at least stand out, but it keeps backfiring. You can appreciate his effort as he was able to write some really cool equations on the whiteboard, but it turned out that he didn’t know how he got there. It was still impressive that he knew them in the first place though. Hiding under a paper bag when the girl approached was a little harder to sympathize with though as it showed that he lacked the nerve when it counted.

The ending is a little on the cheesy side to be honest and I like to think that the letter was written by one of Charlie’s friends so he wouldn’t be moping during the entire summer vacation. If it was real then at least Charlie got some attention for once and hopefully she wouldn’t forget him over the summer vacation. Charlie will also have to stay on his best behavior since he’s now on the school’s naughty list for yelling at a teacher. It’s definitely not something that you’d expect from Charlie, but he was wound pretty tight by this point. Eventually he was definitely going to crack after all of the pressure.

Peppermint Patty and Linus are really the only two people that Charlie can count on. The former may have let him down with her plan to meet on the baseball mound, but at least her heart was in the right place. Linus also offers words of encouragement even if they turn into subtle insults at times. He certainly made things worse by telling Lucy and the others about the red haired girl. Snoopy is around as well although he doesn’t do much. His shenanigans are always cool though and help the special pass by. It was another romance centered one, but the special was still layered. We got to see the whole cast and the comedy was handled well. It was just far more entertaining than the last one.

The animation is as consistent as ever. This special is even older so it’s all the more impressive to see how it’s held up over the years. That really speaks to how good the overall style is. You can easily glance at the special and immediately recognize all of the characters and what’s happening. It’s changed a little over the years, but by and large it is the same style that we all know.

Overall, I’m one step closer to watching all of the Charlie Brown specials. I can definitely see their appeal as it’s easy to watch these. They’re just nice, light hearted fun. Now, whether a happy ending makes up for a sad beginning and middle for Charlie is another question altogether. In this case, I’d say that it sort of does since Charlie doesn’t take it personally and the stakes were a lot lower. It really depends on how it’s handled since this kind of thing can easily turn mean spirited if the writers aren’t careful. It has already happened a few times after all, but by and large the franchise has always been good with that. This one is winning as of now, but next up is the final special that I’ve seen at the moment. Can the special with Valentine’s Day in its title take the win or will it fall into the trap of the former? Time to find out!