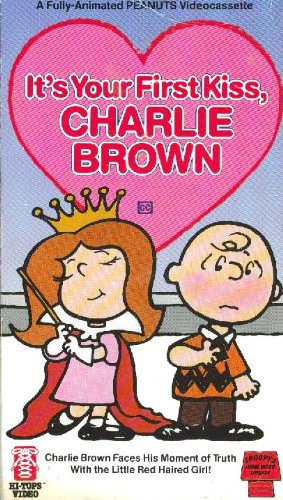 This is one of the more tragic Charlie Brown specials. You can’t help but feel bad for the guy as he’s framed and suffers from serious memory loss all in the span of 20 minutes. He got to have some fun though and at least has a happy ending for a change. I certainly wouldn’t say that it’s one of my favorite specials, but I suppose it gets the job done.

The plot involves Charlie being framed by Lucy for losing the team’s big football game. It was a little on the mean spirited side, but the series doesn’t mind going there when it suits the franchise. I’ll never forget how the bullies humiliated the heroes in the racing challenge. I’m still a little sore about that one. When you consider the high stakes of this game, it also shows you that Lucy has her priorities completely mixed up. Nevertheless, Charlie must try to get past this because he has been assigned to be the little red haired girl’s escort in a big party. Can he steel his nerves and get through this without fainting?

You can tell that this is one of the older specials right off the bat because the graphics are a little more dated. It’s nothing too drastic though and the special still looks good overall. It’s not like you can stop the passage of time right? There isn’t much in the way of music here or sub plots. It’s really just one straight adventure to the end so at least there aren’t a whole lot of filler scenes.

By the same token there isn’t a whole lot to talk about here. One thing that I have to say is that the red haired girl was given a fairly throwaway design for some reason. She resembled a non playable character more than you would have expected. She also had no real personality, but I suppose that is to be expected since she never really got to talk back in the day. I was surprised to actually see her since it’s a running gag that she never appears.

While the party was apparently pretty exciting, it doesn’t really amount to much since it was all off screen. There also wasn’t enough Snoopy action for my liking. He’s always the life of the party so you gotta have him in a starring role. If the whole special had been the Football game and Charlie had gotten to win it in the end, the special would have certainly been verrrrrrry different.

Overall, This was a reasonable special. It did have some noticeable issues though like the Football game. You can’t help but feel bad for Charlie there and the rest of the kids need to start wearing glasses. Charlie fainting at the end was also pretty sad and makes the whole situation even worse for him. Also, a special can’t really last for the full length with just a romance plot. The football scenes were meant to help with this…but we know how that turned out. If you’re going to watch a Charlie Brown special then you can certainly do a lot better than this one. That being said, it’s still not a bad special. It went by really fast so I’d say that it actually has a reasonable amount of replay value. It’d just be too depressing to watch again without some kind of break. I recently saw two of the other romance specials so we’ll see how they stack up. At the very least, I can confirm that the other two aren’t as tragic.