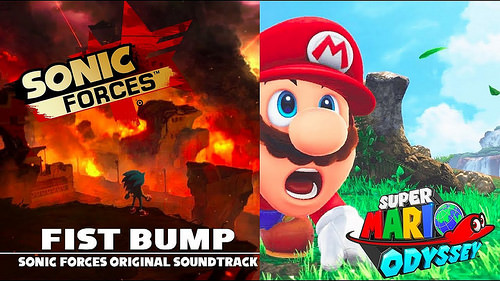 2017 has been a pretty stacked year when it comes to video games. At the same time, many figured that Mario Odyssey would win the title of Game of the Year, or perhaps Sonic Forces would get to claim it. I wrote an editorial a while back about how Sonic Forces would certainly claim victory. Here’s a link to that original article if you’re curious.

Unfortunately, I hadn’t expected the game to get skimmed down all the way to 3 hours. It’s just too short to really compete with Odyssey but let’s break this down.

When it comes to the story, Sonic still destroys Mario. We have an end of the world plot going with a hype new villain called Infinite. In comparison, Mario has the same ole Bowser kidnaps Peach plot which is neither fresh nor imaginative. It’s a plot that we have all seen many times before to the point where it is fairly stale. It’s just not the kind of story that excites you anymore and the game even pulls a cop out for the ending to keep the status quo. In this area at least, Sonic Forces stil claims the win.

Now let’s look at the graphics. Well, this one is a pretty close one. Both games look pretty solid. Mario is top of the line for Nintendo and they spared no expense for him. On the other hand, Sonic Forces doesn’t look quite as good as it should considering that it’s on the PS4 but it does have a nice advantage of being on the stronger console from the start. It also has more explosions and better level designs to really use the graphics. Odyssey does look a little better on the whole, Sonic Forces is just more striking to look at. This is purely for graphics though so Odyssey wins here. 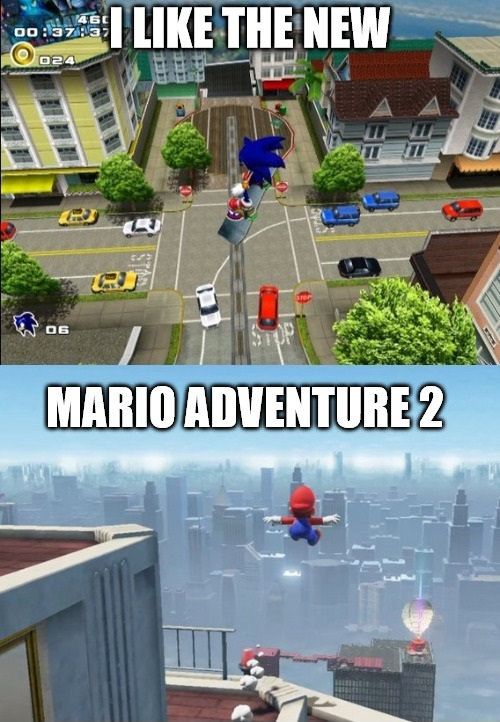 When it comes to gameplay, Sonic has 3 different styles while Mario has just one. Mario’s does beat retro Sonic’s gameplay style but loses to the Avatar and Modern Sonic. You just can’t beat Boost 2 Win and It would have been cool for Mario to have been able to do that when running around the worlds. It’s pretty close though and the difference is relative since both games have really solid gameplay.

Now at this point it probably seems like Sonic is demolishing Mario so what’s the problem right? Well, one of the big areas that hurts Sonic is the length/replay value. The main story will only take you 3 hours in Forces. After that you need to get all of the S Ranks and obtain all of the rings. This will buy you some time, but not a whole lot. Moreover, thanks to the daily login bonus, getting S Ranks is really easy in this game. You can definitely 100% this game in a week if you don’t mind some grinding for the enemies and coins. On the other hand, Mario’s main campaign is at least double of not triple as long. Grabbing all of the moons in the post game and completing the new worlds will take quite a few more hours as well. You’re likely looking at a 20-30+ hour game right there. It’s a world of difference and this is crucial for a game. You don’t want to drop 40-60 dollars on a game that you will play and then immediately throw back in the drawer. You want a game with a lot of replay value and that’s exactly what Odyssey is. It’s the game that keeps on giving. The sheer amount of content and minigames in Odyssey puts Forces to shame. 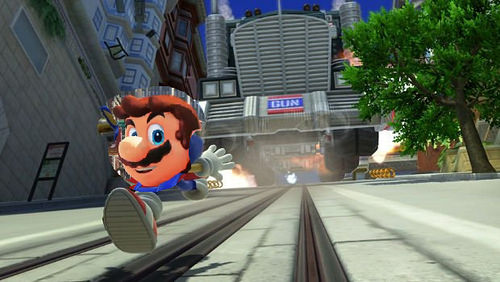 You can’t really stress this enough. I’ve put in over 35 hours in Mario Odyssey and there are still a bunch of moons to get. I’ve already gotten all of the S ranks in Sonic Forces and around half of the Red Rings in a third of the time or potentially even less than that. It’s just not an equal ball game when you’re looking at the content. It’s not as if being long makes you an automatically better game, but when you’re a solid game that also happens to be long, then it’s a winning combo. It’s even more lethal to the short game when it’s only around 3 hours long.

Mario Odyssey will likely last close to 50 hours by the time all of the Moons have been obtained which is definitely very impressive. It’s also less repetitive than getting everything in Forces since in that game you have to keep replaying the same levels over and over again. It doesn’t really get old since the levels are so well done and the soundtrack is so awesome, but it still feels like a shortcut by the devs. In Mario, you have a lot of variety among the worlds for finding Moons so it never becomes a big issue of repetition. I can only hit this point for so long though so this editorial is coming to a close.

So when it all boils down to the center of the game, Odyssey is simply better. Sonic Forces may sound better than Odyssey but that’s not the issue. It may be more fun to play as Avatar and Modern Sonic as their gameplay modes both destroy Odyssey’s but that’s also not the point. Odyssey has the slightly better graphics. You have to forget about the plot and the technical aspects and just look at the replay value. Mario’s the longer game and you really feel like you’ve spent your money’s worth there. I don’t regret buying Sonic Forces since it was still an incredible game, but I certainly can’t reward the developers with the same stamp of approval that I can give Odyssey since they really didn’t give it enough effort. So, Sonic Forces is the more enjoyable game, but Mario Odyssey is the better game and actually managed to defeat Sonic this time around. It may seem like Mario only won in one area (length) while Forces had the advantage just about everywhere else, but it’s a very important advantage and one that you can’t overlook. It’s shocking for Sonic to lose and and I have to keep asking myself if this is really the answer since this basically never happens and I’m a little worried, but 3D Sonic shall return. You can tell how confident his fans are because even if you google things like “Mario beating Sonic” you get more pictures of the reverse happening which made the images for this article a little difficult. It is quite fitting though that the time Mario finally manages to beat Sonic, it’s because they quickly went through their old Adventure 2 Battle memories and thought to do a Mario version. Food for thought!

38 thoughts on “Why Mario Odyssey is better than Sonic Forces”