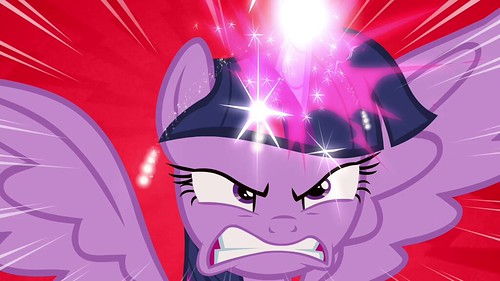 Suggested by Destroyer Twilight Sparkle is quite possibly the strongest pony. She can fire giant energy blasts and has been shown to be more than capable of defending herself. The Water Horse wasn’t really able to take down a group of humans with guns. Sparkle could take down an entire army with her magical abilities. Twilight Sparkle wins.