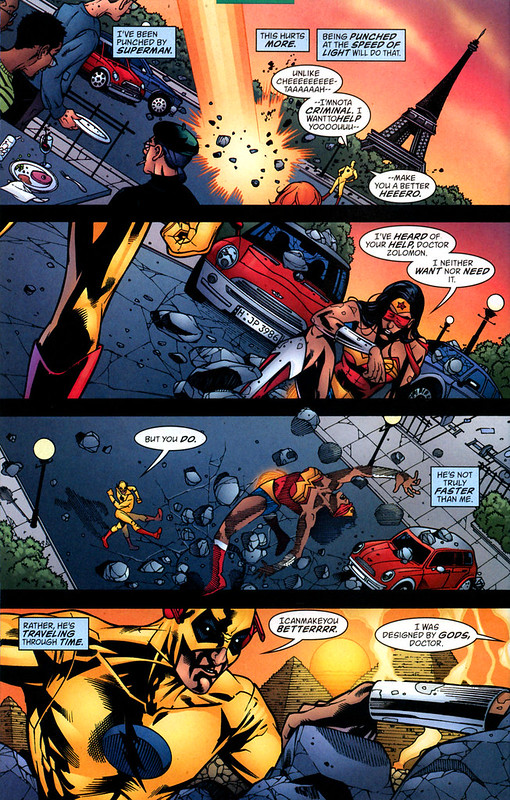 Suggested by Anonymous Zoom is definitely a tricky DC fighter when it comes to determining if he will win or not. He’s certainly not a powerhouse in the way that Superman or Wonder Woman are, but his speed makes any fight potentially winnable for him. Wonder Woman has shown great moments of speed as well though and given that a single punch could deal a lot of damage I do think that she would have the edge in this fight. Eventually she would be able to land a solid blow and that would be enough. Still, it wouldn’t be an easy fight and Wonder Woman would have to take the blindfold off. Wonder Woman wins.