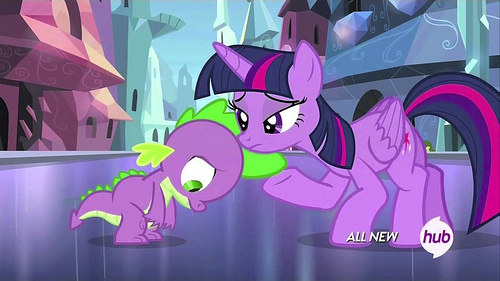 Spike is a nice dinosaur who means well, but his abilities have never been on par with Twilight’s. Even before becoming a princess, Twilight Sparkle knew many powerful magic spells. After her transformation, her abilities only increased. Even with Spike’s superhero mode he just doesn’t have enough durability to handle Twilight’s best energy blasts. Her teleportation spells will also tip the fight in her favor. Twilight Sparkle wins.