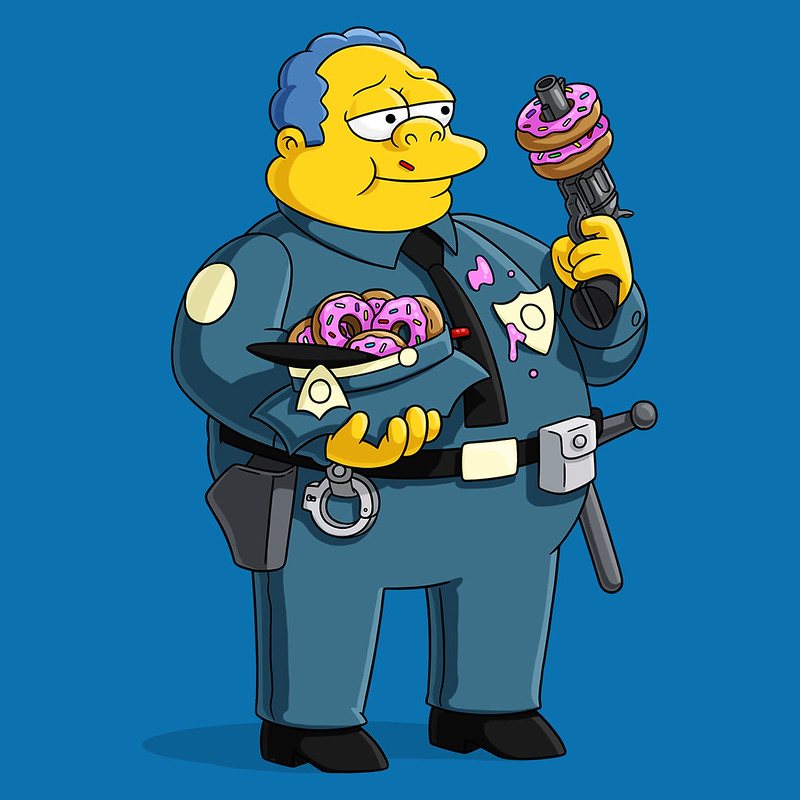 Suggested by Adrogoz Chief Wiggum is one of those police chiefs who doesn’t do a lot of work, but will still show up in time for the donuts. If anything it is rather admirable, but that won’t be enough for him to win this round. Nami can easily zap him with a thunder bolt and then that will be the end of him. The Chief just isn’t much of a fighter so he can hardly be expected to react in time to an attack like that. Nami wins.

2 thoughts on “Chief Wiggum vs Nami”