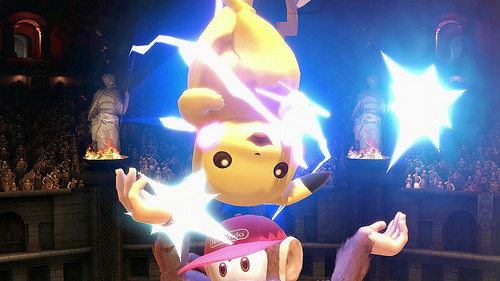 Suggested by Sonic Diddy Kong is a tough fighter and rose up up in the tiers for some of the Super Smash Bros games, but he isn’t actually all that powerful when it comes to a 1 on 1 fight. Pikachu easily has the speed advantage here and a few good shots will end the match. The gap in their power is sizable and the same can be said for the difference in speed. No pop gun shots will be able to hit Pikachu and Diddy has no other viable options. Pikachu wins.