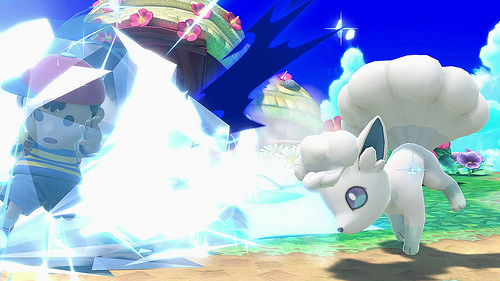 Suggested by Sonic Ninetails (Pokemon) is a pretty cool Pokemon. She’s known as one of the more elegant ones who knows how to win a fight without putting forth an effort. Ness has his Kamehameha wave which is definitely his best technique, but otherwise I don’t think his speed will be quite enough to win this round. Ninetails can fight using fire or ice depending on which version she is, but either way her agility stays at a very high level. Eventually her long range abilities would deal enough damage to claim victory. Ninetails (Pokemon) wins.