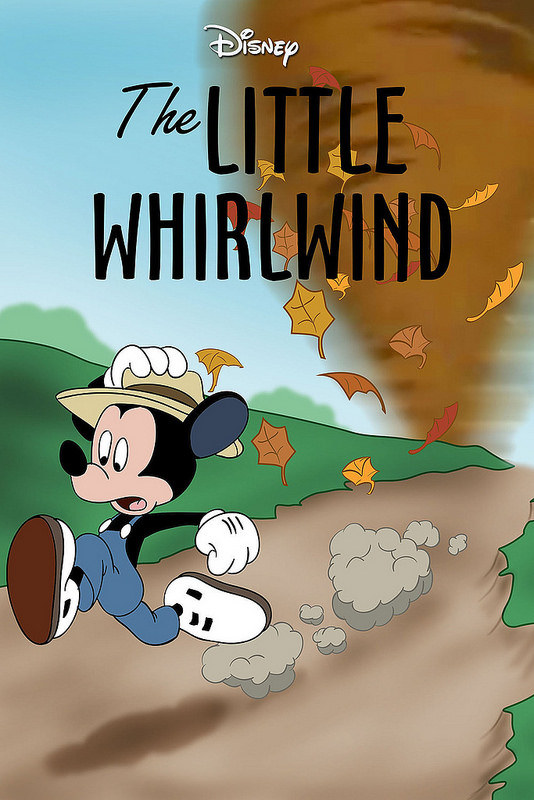 It’s time to look at another Disney short! This time Mickey is back in the lead but he’ll have to deal with some pretty powerful opponents. You’ll probably feel bad for Mickey here because it seems to happen quite a lot that he has to go up against beings which aren’t quite human and have a lot of supernatural abilities. How is Mickey supposed to handle these beings? Well, he’ll certainly give his 100% into stopping such a threat.

The short starts off with Mickey finishing up a hard day of work and heading home. That’s when he notices that Minnie is baking a pie and asks if he can have some. She explains that he can only have some if he does all of the yard work for her. Mickey agrees and begins the task. Unfortunately just as he is finishing up a tornado appears and begins to try and sabotage all of his efforts. Mickey doesn’t know what it wants, but he’s got a pie to eat so the mouse tries to end this fight.

As you can probably imagine the majority of the special is about Mickey trying to capture the tornado. Mickey tries everything from tying it up to beating it into submission. Unfortunately nothing appears to work and the tornado even calls in a few of his buddies. At that point Mickey can’t even afford to worry about the pie as his life is in jeopardy. Unfortunately Minnie doesn’t notice any of this so you can probably guess who will get the blame once the town is leveled into the ground. I mean, Mickey doesn’t look like he’s quite that strong, but if it’s believable to Minnie then who am I to argue? Yeah…Minnie definitely had a pretty rough time of it in these last two specials.

The special can be a little tragic, but on the other hand Mickey does get his pie in a way. I suppose that beats not getting it at all right? The animation is on point here and the battle between Mickey and the tornado is on point. You can feel the emotions at play here as the fight gets brutal. I’d say that Mickey may have even had the edge by the end since the tornado had to call for backup. If Mickey had backup of his own like Donald then the whole situation may have turned out a little differently. Still, he didn’t back down.

Overall, This special was pretty fun. As all of these specials are all just a few minutes long it’s all about trying to squeeze in as much content as possible. You want to keep the audience engaged as much as possible and have a memorable ending. While the ending isn’t a happy one for Mickey it certainly could have been considerably worse. All in all he did all right for himself and I did think that this special was more interesting than the last one. I’d recommend checking it out. As long as you don’t mind seeing the heroes on the losing end here it makes for a pretty fun special.

2 thoughts on “The Little Whirlwind Review”