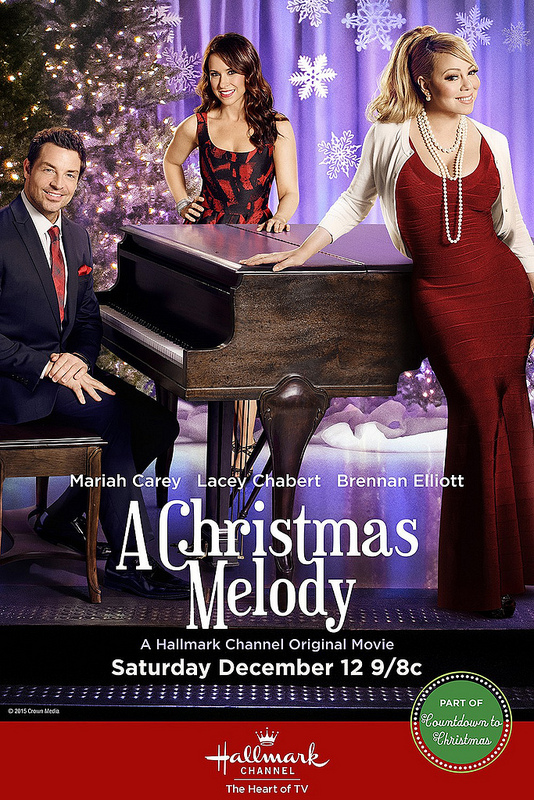 Hallmark strikes once again as we get another Christmas film from them. By now you’ll likely be well aware of the series’ usual tropes and plots, but as long as they are executed well it isn’t really a problem. In fact, it makes the film have to work extra hard to stay exciting so when it succeeds that just makes the movie all the more impressive right? This is another solid adventure and even has a musical twist even if that is the weaker part of the movie.

Kristin has been forced to give up her dreams and move back to Ohio. Her startup business just wasn’t ready for the big time at the moment, but she knows that one day she will be able to make a comeback. She feels worse for Emily (her daughter) who will now have to start school again and try to make new friends. Fortunately there is a talent show coming up. The teacher is a guy who knew Kristin from back in school so he allows Emily to bypass the deadline and get into the show. Melissa, the PTA commander isn’t happy about that and decides to do her best to mess things up for Kristin. Will the lead be able to fight back or will this sabotage Emily’s one chance at happiness?

The main worry you may have here is that Emily isn’t quite ready hold her own film as a supporting character. Kids rarely can after all. I’m afraid you would be right as Emily is certainly not the most interesting character in the film. I could have done without her plot but as its the main focus of the film that probably wouldn’t even make sense. She could have been worse I suppose. At first she was acting a little mopey and everything but once Santa gave her a talking to she was able to see the light. Santa’s just really helpful like that. He’s always in your corner and ready to help. He surprisingly doesn’t get a big role here besides that though.

As for Kristin, she is a considerably better lead than the last few. She doesn’t let the bully Melissa push her around. If anything she gets combative from the start when it would have been easy to play into Melissa’s ego and get Emily an easy ride at the school. Kristin talks to Danny (the teacher) directly to get Emily in though so I like the fact that she was quickly able to adapt. This also feels less like a rebound compared to other films as I don’t even think she dumped anyone at the beginning here. It’s possible that I’m mis-remembering but either way this is a good lead.

Then we always need to have the bully/ex role in these films and Melissa works well. She’s grown so powerful with her influence over the school that even the principal defers to her. I thought this was a bit much to be honest, but I suppose she is just that skilled. She was a fun character and without her the school probably wouldn’t have had nearly as much personality. Then you have Danny who is the main guy of the film. Naturally this means that he is here for the romance section. He’s a nice guy who is always trying to help everyone out so that’s a good thing. He’s the kind of guy that you want in your corner. That being said, it didn’t save the romance.

Both Kristin and Danny are good characters individually but the romance comes off as rather rushed. They certainly didn’t know each other for very long here before realizing their feelings. It’s also so expected that you feel even less convinced since you can’t believe the characters when they act like it’s a tough decision. I get that the romance is a staple of this franchise, but I still think that it tends to not work very well in any of the installments. Just skipping the romance entirely would probably be a pretty good idea.

As always the writing and pacing are pretty solid. The film never drags on and there is always something happening on screen. There are less crazy miscommunications here compared some of the other films which is always good. As I mentioned, Emily’s scenes are a bit weaker than the others though. The scenes of her just hanging around or singing just don’t work as well as they would have with one of the main characters. The final song also really doesn’t sound like she’s singing it. I’m thinking the special effects crew maybe went a little too overboard at that point. In universe though, I’m pretty sure it was intentional.

Overall, A Christmas Melody is a fun film. As with the rest of them it plays out a bit like a wish fulfillment title as everything goes perfectly for Kristin and you imagine this as the ideal Christmas story. It does so without being too overly dramatic and avoids any real negatives. That’s really the secret to success in these films. Still, I do think it was just a little bit weaker than the rest of the Hallmark films I’ve seen so far. It was see-sawing between a 6 and a 7 even as I was writing the review. It’s a tricky case but while I’m not a big Emily fan I don’t think she takes the film down a full star either so I stayed with the latter score. I don’t think this would be my first Hallmark recommendation but if you’ve already seen the others then surely you should check this one out as well. It’s just a quality Christmas story.