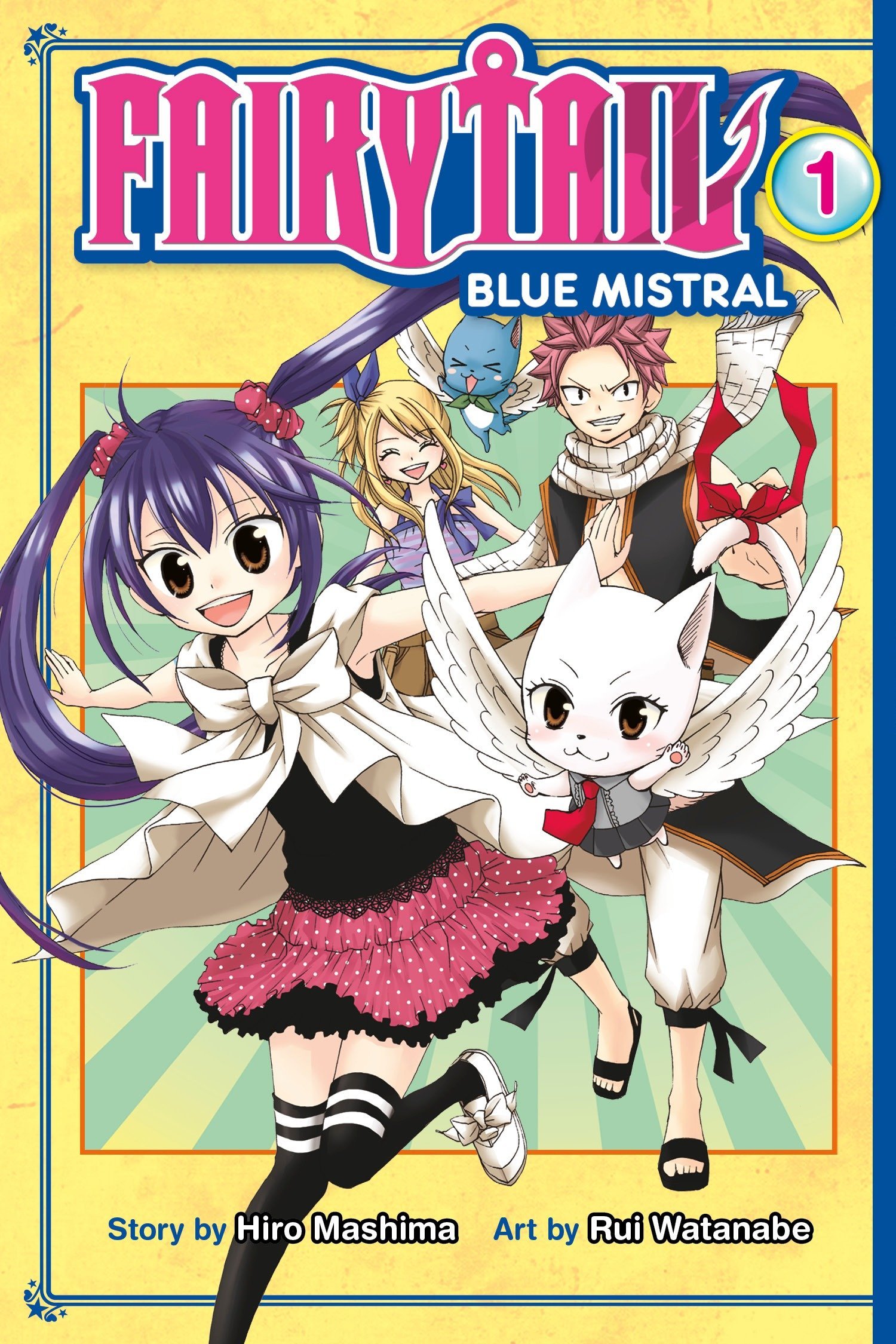 It’s time to finally check out one of the only good Fairy Tail spinoffs. Blue Mistral follows Wendy around on some adventures. As this manga is aimed more at her fans and she is just a kid it manages to stay away from most of the negatives that plague the franchise. It’s not amazing or anything as it naturally lacks the fights as well, but I’d say that it is a pretty solid series overall. It’s short and to the point.

The series is a bit episodic. There are 4 volumes and typically each adventure lasts for one volume. I’d say that there are maybe 5 main stories tops. I guess this approach works fairly well for spinoffs and as each story is pretty long it feels more like an ongoing story than an anthology. One thing you’ll notice right away is how nerfed Wendy is though. She is one of the Fairy Tail members so in theory she could end the whole island in an instant, but usually the villains still end up spooking her. I suppose she doesn’t want to hurt them though.

In one story Wendy arrives in a village where a girl believes that she is an angel. The reason for this is that there was a prophecy/spell that said a angel would soon be arriving and since Wendy arrived with wings (Her partner Carla flies her around which to the untrained eye looks like a pair of wings) the connection was made. Wendy decides to humor her since the girl’s had a rough past, but this town could be tougher than it looks. It seems like Wendy may need the help of Natsu and the other members of Fairy Tail to make it out of here alive.

The series does try to not use the other members as a crutch and succeeds at it. Natsu only steps in during one story so that’s pretty impressive. Naturally having them around would be pretty cool and would certainly add to the epic tone of the series, but it would probably defeat the point. It’s time for Wendy to prove that she can handle her own series and the quality of this title proves that she is ready.

In another story Wendy and Carla find themselves in a haunted house. This house has a ghost living in it and now the heroes are unable to live. They find out that this is actually a more tragic case than what it seemed like initially though. For starters, there is a witch in the town who turned this guy into his ghost like state and then all of his friends were turned into trees. Fairy Tail does like going for the emotional spins for moments like these so there are a bunch of twists and turns. The story isn’t quite as emotional as the other one, but I suppose it works well enough.

So you’ve got a general gist of how the stories play out. Typically they involve a friendship problem and then Wendy is able to save the day with her wind abilities. The fights are typically quick and Wendy sometimes needs help, but if you’re worried about there being no action then worry no more. The series does make sure to shake things up. The stories are all pretty interesting and as long as you treat this title as more of a slice of life than an adventure you’ll be fine.

I can’t say that I was too thrilled with the artwork though. It’s considerably weaker than the other Fairy Tail titles. It’s just ever so slightly harder to read when compared with the rest and that can slightly take away from the title. Still, it’s not bad art and isn’t enough to really take away your enjoyment of the title. At 4 volumes it’s also not as if the artist could immediately start drawing a lot better compared to the beginning.

There isn’t really anything negative here which is good. At the most, like I said I think Wendy was a little too nerfed for drama. She should really have been clobbering these guys. Otherwise, the only way you’re liable to be disappointed here is if you expected a big action series. It’s just not that type of title. As far as the Fairy Tail titles go it definitely beats Fairy Tail, The 100 Years sequel, S, and Fairy Girls. I’d probably put it under Ice Trails and Zero though. In terms of story this one’s a little lower though as the plot aspect isn’t quite as interesting as it could have been. Of course then the manga would have had to try and juggle between being very interesting and not suddenly becoming an end of the world plot. Of course that would be hype, but then you’d be worried about the other issues in case Natsu and the gang showed up.

Naturally the characters are always changing, but Wendy and Carla are always around. Carla’s a pretty decent sidekick. She’s a lot better than Happy and always does her best in trying to look out for Wendy. She’s a sidekick that you can count on. Meanwhile Wendy is a good protagonist. She may not be the smartest character out there and tends to not keep her guard up, but at the end of the day she means well. She wants to finally be able to contribute more to the group and so setting off on her own is a good way to get that experience. 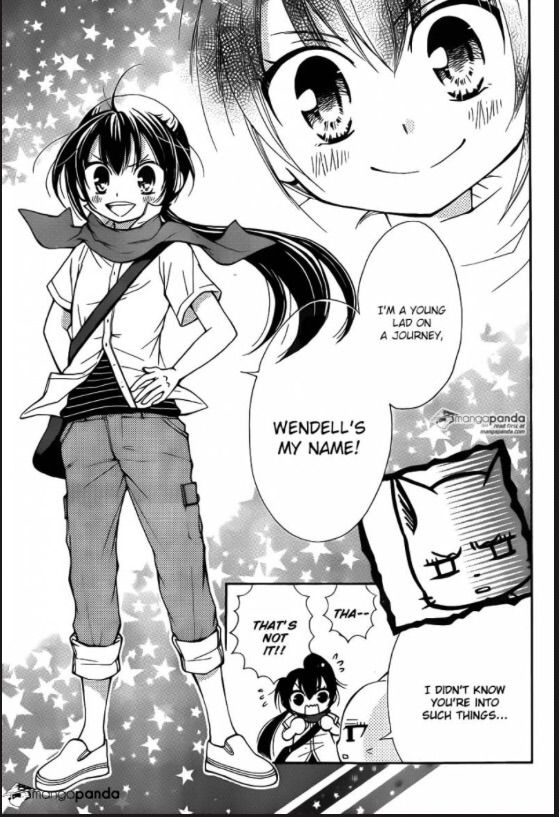 Overall, This was actually a pretty fun spinoff. It’s definitely always interesting to see characters you know drawn in a totally different style. It’s a pleasant read and one that would have worked well as a spinoff or as a completely original manga. If you need to read some kind of Fairy Tail manga so you can say you’ve joined the fandom without having to check out the main manga I would certainly say that this is a good one to read. You don’t need prior knowledge of Fairy Tail to immediately get involved with the plot. Plus, Wendy does add some plot details when the series first starts which will bring you up to speed.