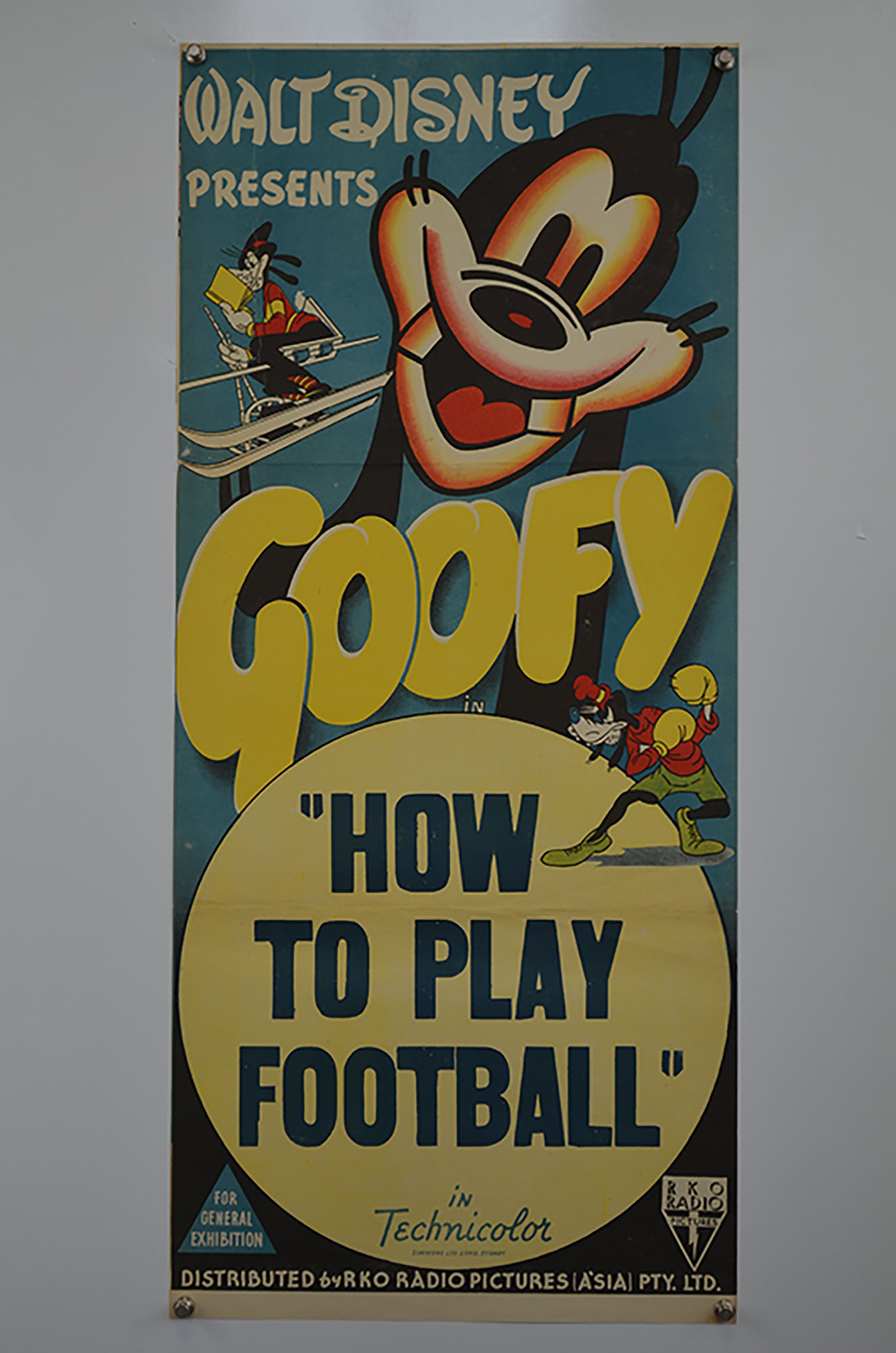 It’s time to look at another Goofy short. This one is actually about Football which is always fun to see. You’d assume that this would automatically beat the Basketball one since I do prefer Football in general, but that wasn’t actually the case. The special is definitely still fun like the last one, but I thought that they just did a lot more with the Basketball concept. Maybe Basketball just makes for easier comedy than Football.

The basic plot is that two Football teams are about to face off. One of them only has a handful of fans left while the other one appears to be the fan favorite. Still, neither team is ready to call it quits so they both square down. Surprisingly the two teams are pretty evenly matched though and from there on they use their toon physics to gain as much ground as possible.

Naturally most of the humor here is in the fact that the characters can do just about anything on the field. This means that any player can tilt the balance of an entire match but on the flipside they can also be taken down by any other player as well. It’s a pretty short special so both teams are going full throttle from the start. The ending is also pretty emotional as the game goes down to the wire.

The animation is pretty solid as expected. It’s very smooth and so it works really well with the general physics. The animators are very creative here and I think that’s low-key one of the reasons why the old Disney animations were so good. It’s one thing to have good animators but you’ve also gotta know what to do with them. It’s all pretty inventive here like when one of the Goofy creatures manages to wrinkle up the whole Football field like a rug before scoring. It’s a good way of bringing the field to you instead of the other way around.

This special will definitely be over before you know it which speaks to the enjoyment factor of it. It doesn’t overstay its welcome and that’s definitely a plus of the short format. I don’t think there would have been enough substance here to last for a whole movie, but if it’s just a short then it manages to stay humorous without hitting the same story beats over and over again. I wonder if Goofy tackled more sports beyond Basketball and Football. It definitely makes sense to go with those 2 right away though, Baseball could make for another solid one. I suppose I’ll find out at some point if he did nay more.

Overall, I’m not sure if this special will actually teach you how to play Football, but it still makes for a fun experience. I think even casual Football fans will be able to follow the action here as it just covers the basics. It’s only a few minutes so there is only so much that the special can do on its own, but I think it succeeds in making for a fun time. It’s a good diversion and Goofy has actually done a much better job of giving us solid specials than I ever would have guessed.