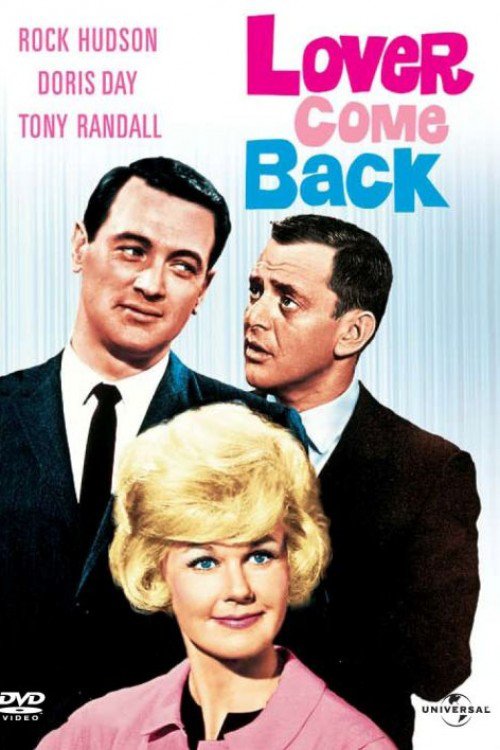 It’s time to look at a film that basically takes all of its ideas from another one without managing to do any of the areas better than the original. It’s not a bad movie, but there is little reason to watch it so long as the other one exists. I suppose if you just want a second chance to experience this kind of story then that makes sense.

The film starts off with Carol trying to snag a deal for her insurance company. Unfortunately, she is stopped by Jerry, a top ranking member of a different firm who has typically had a lot of luck in taking down clients. He uses whatever methods it takes to secure these guys whether it’s through parties or champagne. Carol decides to report him, but there really isn’t much that she can do since everyone is on his side. She realizes that the only way to stop him is to steal his latest advertising client who has created something called VIP. She finds this “Dr. Taylor” and tells him that she’ll do whatever it takes to keep him from Jerry. Little does she know that she found the wrong Taylor and is actually talking with Jerry. Jerry decides that he’ll have some fun dating her as he hides the truth.

The whole romance is built off of a deception so of course it isn’t particularly good. Now the question is how does this differ from the last version right? Well, I think Carol comes off as even more desperate in this version. She’s basically going with Taylor in part to spite Jerry and gets manipulated rather easily. I think it’s fair to say that she legitimately liked him as well, but she’s definitely way too desperate. It also doesn’t help the film’s ending either. It’s almost a little crazy how sudden the last batch of scenes are. We get some time jumps and a lot of changes in the status quo but at the end of the day Carol is in a pretty tough spot. There isn’t really a lot that she can do in her position. I think the film should have had the two characters come to some kind of agreement before the kid coming into the picture. Otherwise it’s more like she didn’t have a whole lot of options here. The ending was very weak.

Back to Carol, I think her character would have been better if she could have at least had some moments where she was winning against Jerry. The film goes out of its way to put her in sticky situations the whole time. Even when she calls the board against Jerry he manages to sneak in a win by bribing the witness. Of course the bulk of the plot is built around how desperate she is to win, but making the rivalry slightly more balanced would have helped I’d say. There’s a lot of ways you can do it while still keeping within the comedy framework.

So I wouldn’t give Carol a thumbs up here, but of course the same will be said for Jerry. He’s a fun character who definitely wins all of his debates with Carol, but at the end of the day he definitely isn’t a good person. He made that clear with how he tricked Carol. His tactics for getting clients wasn’t even all that bad but there isn’t really an excuse for the rest of the film. He was willing to go all the way with his tricks. I also dare say that he is a lot less remorseful than the guy from the last film. This one is still willing to win even by the end of the film and only ended up backing down because he wasn’t prepared for the drunk candy. Otherwise he would have run off into the sunset.

Fortunately we do have Peter around to help the film out. He may not be quite as tough and calculating as his previous version, but he’s pretty good. I did like how he took the reigns when he went back to the company for a day. His plan may have backfired but it was the attempt that counts. Peter may not be great at standing up for himself, but he was fine with handling things honorably. He is even the one who told Jerry to apologize even though that ultimately didn’t happen. His humor just works well for each of his scenes and he also reminds us on the importance of having a bodyguard.

There’s also Dr. Taylor, but his screen time is pretty brief since he is being impersonated for most of the film. He is a pretty good scientist though and does keep up his end of the bargain. The heroes gave him complete freedom to do whatever he wants so that’s on them. The guy tried to keep his distance from humanity and it’s hard to blame him. They probably didn’t understand his genius or he would have been employed as a top researcher by now.

The film did a good job of reusing almost all of its backgrounds from older movies as well. They were definitely pretty efficient with the budget which is always good. There’s one part of the film where Jerry and Peter go on a trip and the film does a good job of actually changing their character designs. Jerry even grows a beard and sort of looks like a totally different actor. I wonder if they actually waited a few days to film those scenes or if the hair was fake. It certainly looked real enough to me.

Overall, This is definitely a fun romance film for the most part, but the weak ending really does hurt it as well as the romance itself being pretty questionable. The pacing is good and the writing is solid, but the film just could have used a bit more charm. If you haven’t seen any films with this kind of plot before then it’s a good way to start off. Otherwise I’d sooner recommend watching a different Doris Day feature. I’d say that the cast of characters in most of the other films are a little stronger. Peter really has to hold the whole film up on his own and that’s pretty difficult. Now her marathon is over and I’ll be going back to other movies. It was a good run though.

2 thoughts on “Lover Come Back Review”