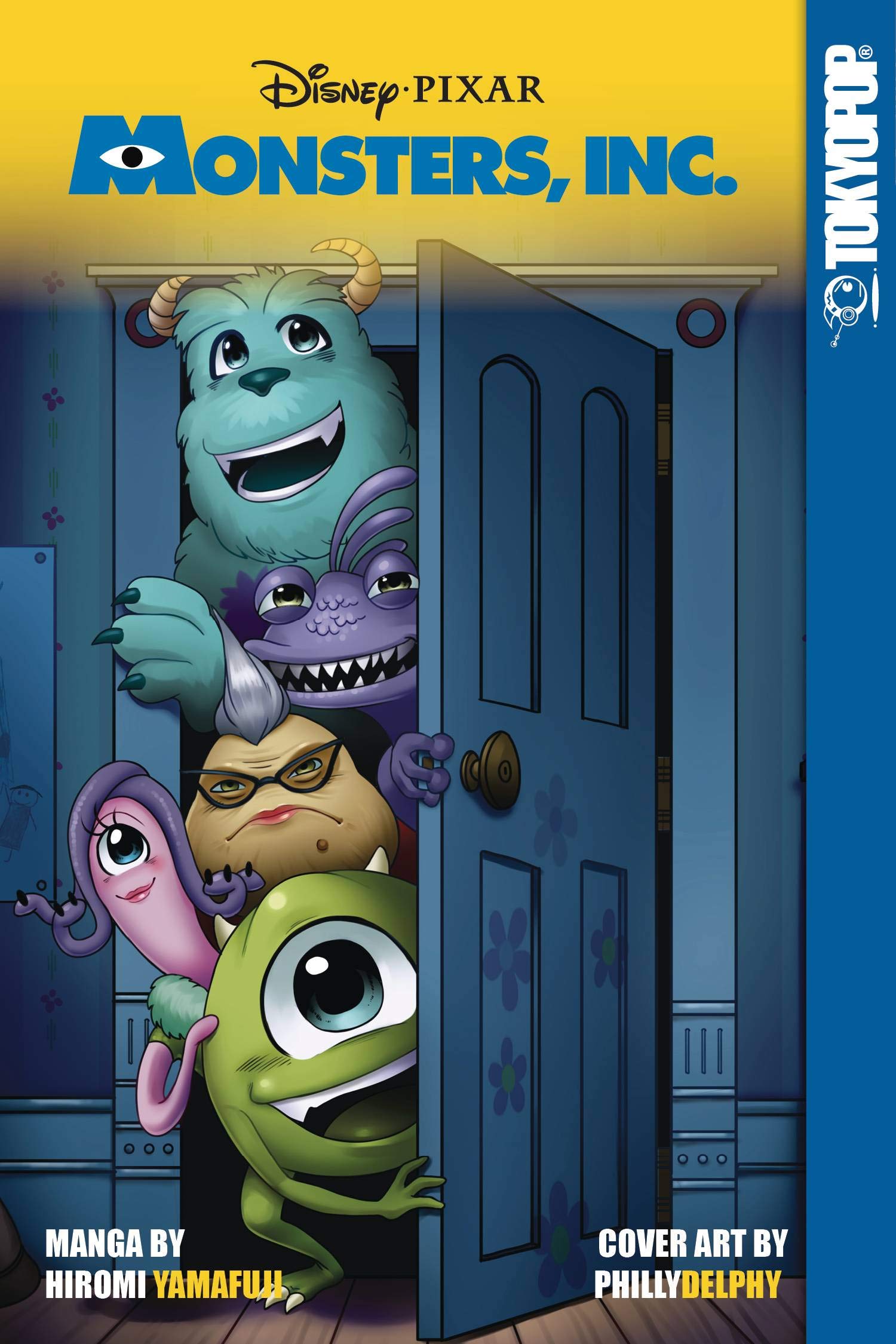 Time to look at a title where the main characters’ mission is to scare people. As you can imagine this is a pretty tricky business since people will eventually not feel fear quite the same way. In this world, the monsters go through doors to little kids’ rooms and quickly scare them. The fear energy is captured in a tube which is then used like electricity. So the kids were actually right all along about monsters being under their beds and such.

The main characters are Sully and Mike. These two have been the reigning fear champs for a long time. It’s a team effort and things would have continued as normal except one day a little kids manages to escape the human world and bumps into Sully. Sully decides to get Boo back into her door before anyone figures this out, but the door is gone so he will have to do a lot of searching to find it. In the meanwhile they will have to watch out for Randall. It’s Randall’s fault that she escaped in the first place and if he finds her then there is going to be a lot of trouble. He’s not quite as heroic as the other monsters.

It’s definitely a very interesting setup. You may wonder why it’s such a big deal for the others to find out that a human is around, but effectively it would be like if a monster showed up in your house. People in this world are afraid of the other and vice versa. The government in the monster world is also prone to using lethal force to stop outsiders. One monster was completely shaved just for letting a sock make contact with him. The monster takes germs very seriously and so you can see why Sully wants to avoid all of that. It would definitely be pretty traumatic for Boo. Meanwhile Mike is definitely less about the heroics of this and just doesn’t want to get into trouble. Still, he does help out at the end of the day even if it is very reluctantly.

Randall is a petty sinister villain and works well as the antagonist here. He’s definitely a credible threat and with his invisibility it is hard to deal with him. He’s not nearly as tough as Sully and can’t win in a straight fight, but does use his abilities creatively. He comes awful close to stopping Sully once and for all. That’s really it for the main cast, but a few others show up along the way. I can’t say that Boo was as interesting as any of the other main characters though. I think she’s just too young to have a compelling character arc.

This manga isn’t afraid to show you how brutal the world can be though. Even ignoring the monster getting skinned or Sully being choked, there’s one scene where the humans decide to fight back. This involves Randall’s epilogue and things definitely don’t go so well for him. Keep in mind that the monsters are scary for the adults, but they definitely aren’t going to be doing much against adults. They aren’t super powerful like that and Randall isn’t much of a fighter as it is. I’m afraid that the scene was likely game over for him.

The art style is very basic for this one. It uses big panels and there isn’t a lot of detail on any of the characters to make for easy reading. I think this manga is aiming a lot younger than the others that I’ve read which is why I’m surprised that it has more danger than A Nightmare Before Christmas. The main aspect this hurts is the scare factor as it’s hard to see anyone being scared of Sully when he looks like a teddy bear. Kids do scare easy I suppose so it’s not like it’s a huge stretch either way. The art does serve its purpose of making the volume easy to read as well.

Overall, Monsters Inc is a reasonable volume. If you aren’t able to watch the movie then it’s a pretty good substitute. It’s certainly like watching an abridged version, but it keeps in as many of the big scenes as it can. The concept still holds up well today and it would be interesting to have more titles in this continuity. I still haven’t watched the movie sequel, but maybe that one also got a manga. So if you’re looking for a decent fantasy manga then this is one to check out. If you’re looking to buy one though, I’d probably sooner recommend something like Dragon Drive or Legend of Zelda though.