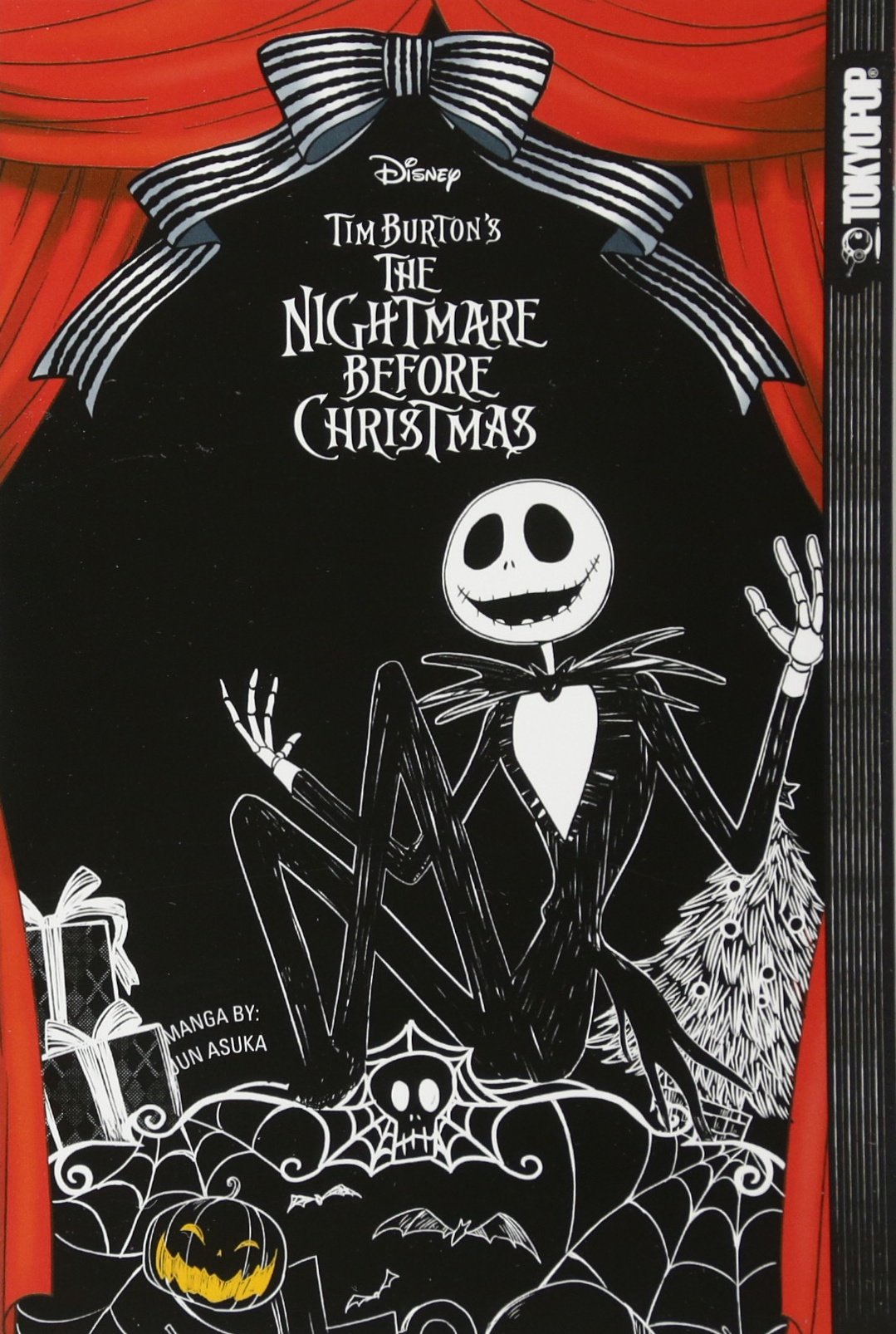 It’s time to look at a manga adaption of the popular film that came out a long time ago. It’s always interesting to see a manga adaption of a film. They tend to play it pretty straight, but it’s a chance to see how the artist draws the characters and if any liberties are taken. Due to time constraints you can expect some scenes to be cut here and there. It’s a fun enough adaption and makes for a good read although it’s admittedly not terribly interesting. It’s still a good read.

The plot follows Jack who is the king of horror. Every Halloween he gives everyone a good scare but now he is ready for something more. In this world every season has their own country so he sneaks into Christmasland and decides to take a page from their book. Their land will have a Christmas this time and he gets the whole town in on it. Sally doesn’t think that this is a good idea due to a vision that she had, but she can’t really prove it so her case doesn’t end up being very strong. Can she find a way to stop Jack?

The manga isn’t really able to show why this is a bad idea quite as much as in the film. We do have a few pages showing that Jack is a bit sad and the Christmas spirit isn’t really working, but there’s no time to really go into it. Mostly we see the down side of this is just because Jack is ruining Christmas for all the kids in the outside world by giving them terrible presents. Santa is fortunately around to fix this by the end. Jack’s plan doesn’t seem bad otherwise as doing the same thing year after year must be boring. The town was already planning the next Halloween the day after it ended which shows how little the town does.

This town also seems pretty shady. Sally’s creator for example seems to be incredibly possessive to the point where she has to poison him several times to escape. How he falls for the same poisoned soup trick over and over is another story. It’s a rather odd subplot that fits the creepy tone of the manga, but ultimately feels pretty unnecessary. I suppose with only Jack’s plot the story would have been over a little too quickly though.

You’ve also got the villain Oogie Boogie who shows up to strike fear into the characters. Jack seems to know that he’s a bad guy as he warns the kids to stay away, but I guess maybe there’s not much that the town can do about him? They seem awfully resigned to their fate so I guess that’s just how it is sometimes. The whole town is suspect so I suppose that’s just the least of their problems. The final fight is fairly short but at least we do get a bit of an action scene.

The art is pretty solid. It does a good job of recreating the movie’s vibe and everything’s pretty clear. It’s got a good amount of detail which is always important. You’ll be blasting through the manga. The pacing is definitely very fast so there is never a feeling of the story slowing down. As I mentioned earlier, the only issue is that you just won’t get very invested in the characters. You won’t really care what happens to them in the end and there isn’t a real sense of danger until the very end of the volume. This isn’t really that kind of series of course, but either you have a really engaging plot or you have big action scenes. If you have neither then you’re sort of stuck.

The manga makes no mistakes though. For obvious reasons there is no fanservice here or any excessive violence. It’s a manga you could recommend to anyone at least based on content. The title plays it very safe but I still think it could have tried to be more interesting. I think there can be an interesting debate on how far you should diverge on something if the base material isn’t interesting enough. After all, the author/artist probably had little creative input on changing things. Still, I feel you gotta still review the thing in front of you the same way you would if it wasn’t an adaption.

Overall, The Nightmare Before Christmas is a decent story. It’s about as good as a manga as it is in film. The film may have the slight edge but it really is the same story so it’s not like they are very different. If you liked the movie then you’ll like the manga. If you haven’t seen the film but are in the mood for a fun little story about Halloween characters trying to understand Christmas then you’ll enjoy this one as well. It’s only one volume so it’s not like it’s a big time investment either. What do you have to lose right?

4 thoughts on “The Nightmare before Christmas Review”