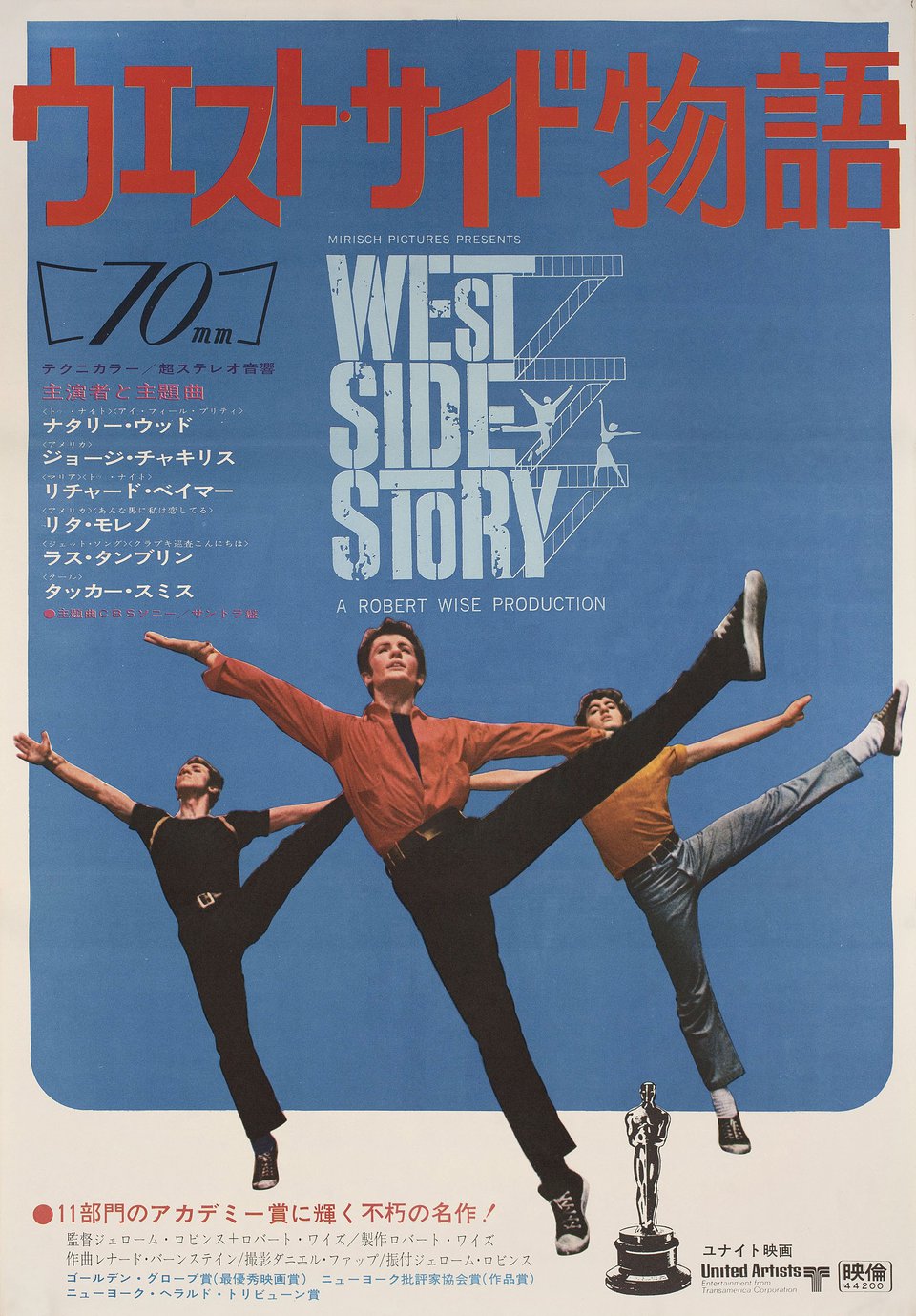 It’s time to look at another popular musical from back in the day. This one has not aged nearly as well as Footloose and ends up being a pretty bad film. It has some interesting storylines and characters, but ultimately the movie falls apart because it is lacking in true heroes. There really isn’t anyone to root for by the end and while the film left the door open to a team up in the second half, it ultimately never happened. The ending isn’t really satisfying for any of the characters.

The movie starts by introducing us to two gangs, the Jets and the Sharks. These two do not get along and have been fighting over turf for a very long time. Both groups are roughly equal in power so nothing ever changes. One day the leaders of both gangs decide to end things once and for all with a big fight. Bernardo and Riff shake on it and prepare for battle. A wrinkle to this is that Tony has fallen in love with Maria and they are both in different gangs. Maria pleads with Tony to put an end to this fight and he decides to do so, but it won’t be so easy. In trying to stop this confrontation he may just end up making it worse.

I mentioned that there aren’t any characters to really root for. This is because they tend to be corrupt or make terrible decisions, but one solid character was Riff. He’s the leader of the Jets and seemed to be a lot more capable than the others. He was ready to fight at any time and always kept his cool. If not for Tony’s meddling he definitely had the win pretty decisively. He actually looked a lot like a younger captain Kirk and fought like him as well. His long skit which poked fun at the justice system was also solid and one of the best songs in the movie. It’s a shame that he didn’t get to appear more since I also think he would have kept his gang from crossing the line with Anita later on.

There’s little reason to root for the Jets because of that scene. There’s a moment later on in the film when Anita is sent by Maria to deliver a message to Tony. She is stopped by the gang though and while it is reasonable for them to stop her from meeting with him, they also decide to attack her. It’s basically 10 vs 1 and very quickly gets into downright villain territory with how they try to degrade her. There’s just no coming back from that especially since everyone was in on it. So, that means that not a single one of the remaining Jets was a decent human being.

The film also gives you reason to root for the Sharks if anything as the dialogue implies that the Jets started the fight with them just because the Sharks are outsiders. The cops are also more on the Jets side even if they just don’t like teens in general. The deck is stacked against the Sharks. Bernardo also seemed reasonable at times even if he definitely was not when Tony showed up. At that point he wasn’t helping matters and that’s why Riff had to step in. The rest of the gang doesn’t get a whole lot of screen time.

We’ve got Tony who is the pacifist, but he comes across as more annoying than anything else. I never liked the trope of the character holding back his ally from fighting while allowing the villain to get a cheap shot in. If you’re going to try and stop a fight then you’ve also got to make sure you stop the other side from attacking as well. Tony’s final move to try and get himself destroyed is also not a good one. You’d expect him to at least try and avenge Maria instead.

As for Maria, she was giving Tony a lot of pretty unreasonable demands the whole time. Ultimately she is the one who is getting him into all of this trouble. Why should it be his responsibility to stop two gangs single handily? That’s just very hard to do and so she definitely takes some of the blame for the ending as well. Anita was a more selfless character if anything as she put aside her feelings to help Maria time and time again despite knowing that this was a bad idea. Her character arc is definitely one of the most tragic ones as she ends up losing almost everything with nothing to gain.

There are quite a few songs here, but they aren’t very catchy in comparison to other musicals. The “Keep it cool” song was very surreal though and was fun in an ironic way. It was cool to see the characters dancing around silently in the garage. The dancing was handled pretty well in general. The opening scene might have been a little slow with all of the clicking and silent moving, but it did ultimately lead to a fun little confrontation. The film is at its best when it tries to throw a little humor around like with the skit that I mentioned earlier.

The serious moments don’t work nearly as well. This includes the romance which ends up being more annoying than anything. One such scene is when the characters are meeting by the balcony. Both of them make a lot of noise considering that they are supposed to be doing this in total secrecy. Then you have the ending which definitely doesn’t work for me either. At the very least you would expect Maria to take a shot. Knocking out both gangs would have been very interesting.

Really, this film wasn’t very good from start to finish, but what really made it cross the line into distasteful territory was the scene of the gang attacking Anita. It’s the straw that broke the film’s back so to speak. This is just a very mean spirited film which is almost surprising after you’ve seen the first few scenes since you would expect it to be fairly happy. The tone just shifts throughout which is impressive, but ultimately it did not work in the movie’s favor this time.

Overall, I would recommend staying away from West Side Story. Not only is it a fairly bad film, but it really drags on. The run time is incredibly long and that’s mainly because the pacing is so slow. You can go through long periods of the film with absolutely nothing happening and that’s never a good sign. If you want to go watch a good musical then I recommend watching Footloose. At least that one has the iconic hero song which works well to this day.

3 thoughts on “West Side Story Review”