I think it’s time we look at a rather tragic situation for a character. One of the saddest things is when you’ve got an amazing character who is stuck in a bad anime, manga, or film. It’s like having a player who is stuck on a bad sports team or a great video game locked behind a console nobody bought. There are likely many times this has happened, but in general there aren’t too many that would immediately come to mind. For the definition of “bad” in this context I’m talking about series that I’ve given a 4 or lower. 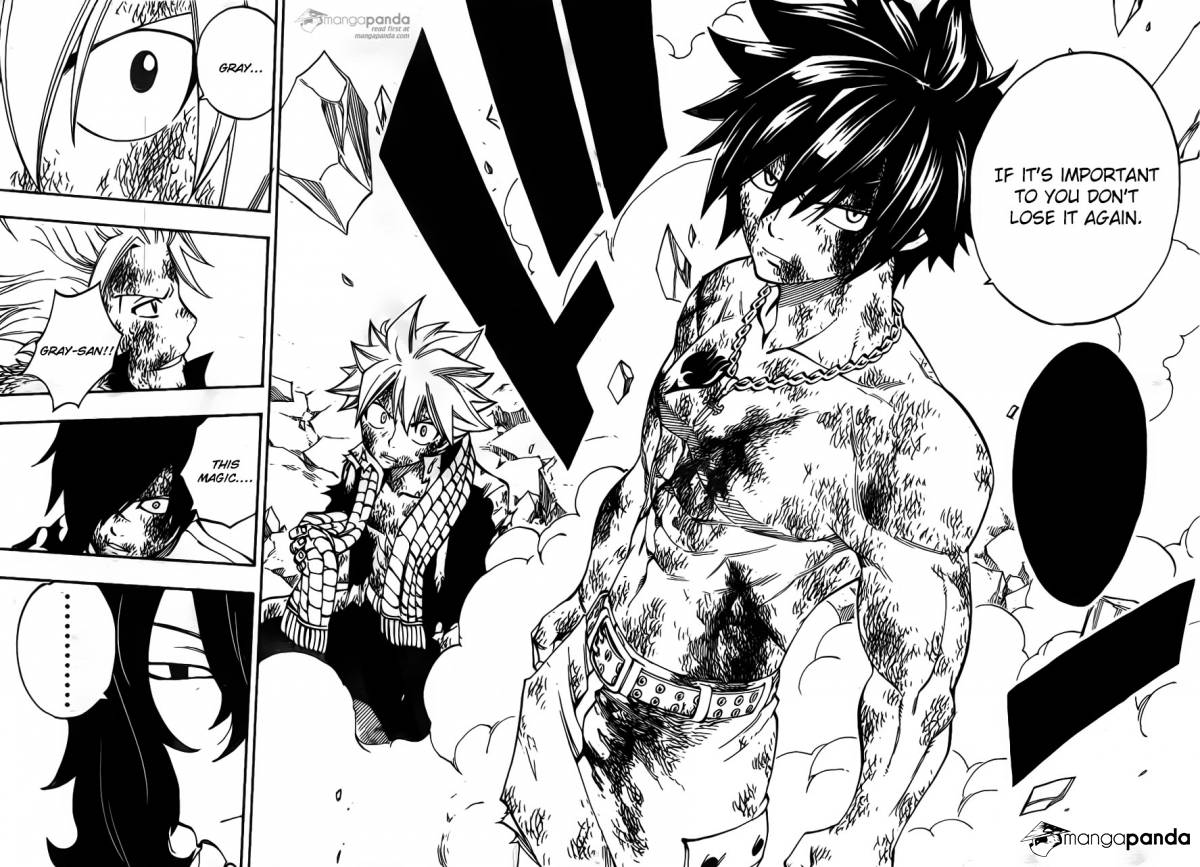 Who better to start this off than a character from Fairy Tail? Fairy Tail is one of those series that should have been nothing short of amazing. The art is absolutely top notch and the fights are great. It has some of the most epic scenes out there and the franchise has really done a good job of spreading out over the years with various spinoffs and prequels. Alas, a character cannot hold an entire franchise up on his own. Gray is awesome, but you can’t fully appreciate how many great scenes he has because then you’d have to watch Fairy Tail.

He’s got a very tragic backstory involving an ice demon and has done a great job of trying to get past that. He’s always grown up being a noble main character and is willing to throw his life away multiple times in the series to stop the threat on his own. He’s got an ice spell that sacrifices his life in order to stop an enemy. This attack may have even stopped Zeref if Natsu hadn’t stepped in. Even his comic relief subplot of always losing his shirt may be a subconscious method of trying to remember the good ole days with Lyon and his master.

Gray functions as the rival in Fairy Tail as well as a secondary main character of sorts. He’s managed to keep up with Natsu throughout the series to the point where they are at similar levels of power even by the end. He saved Natsu when up against Mad Geer as well in what was probably his most impressive scene. I would also rank that as one of the all time best “Someone steps in to save the main character” scenes in a series. The one liner about reminding Natsu to keep track of his scarf made the whole thing even more epic.

Aside from being an excellent fighter Gray is also a smart character. He’s the first one to figure out that something is up during Fairy Tail Gaiden’s mystery story with Gajeel and in general he simply doesn’t fall for tricks. He doesn’t have the weakness of being motion sick like the Dragon Slayers and this makes him a well rounded fighter. Even his romance plot is better than 90% of other romance plots. I’m still not a fan of most romance in general and I’ll probably do an editorial someday about what makes for a good romance, but his is actually pretty sound.

In short, Gray’s just an incredible character and it’s a shame that he couldn’t have been in a better series. This guy should be spoken about in the same sentence as Sasuke or Vegeta but he’ll always be relegated to B status at best simply because he’s stuck here. At least he’s a great silver lining for if you ever check out Fairy Tail, but it’s not like I could actually recommend the series just because of Gray. 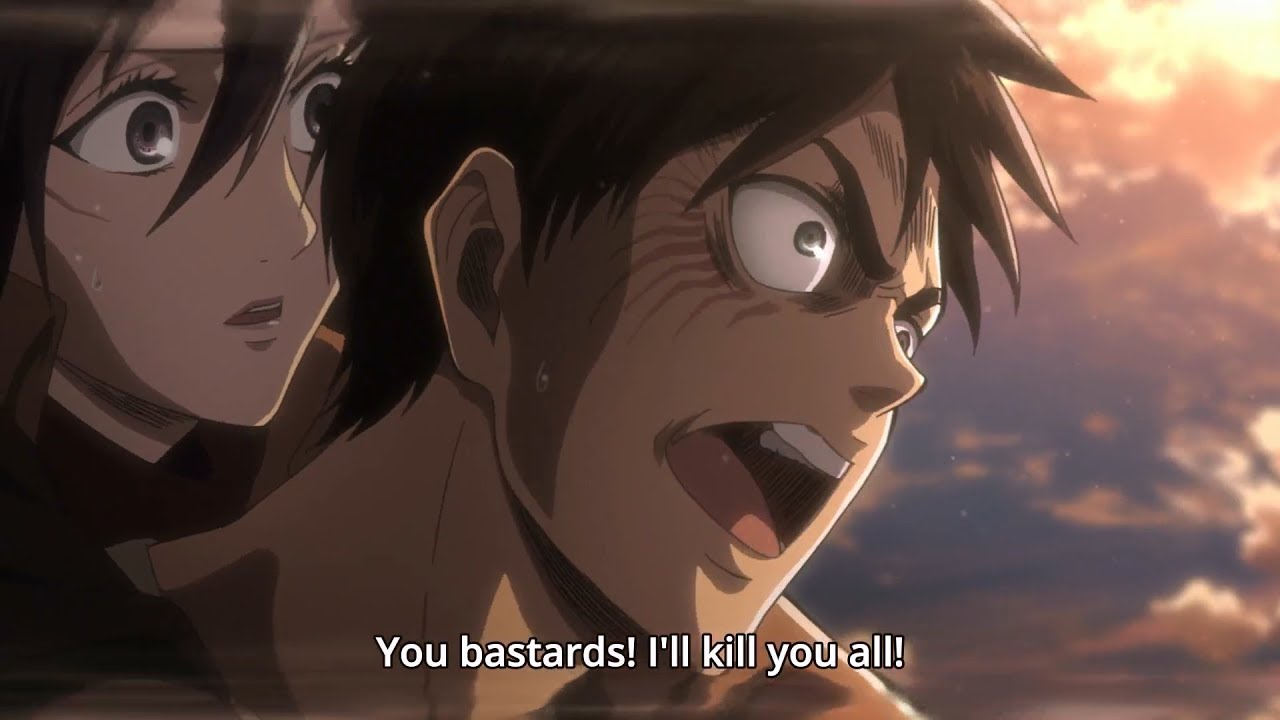 Attack on Titan is a very popular series, but one that I ultimately had to give a thumbs down. It goes too far in being ultra violent and making everyone out to be so unlikable and evil that there is nobody to root for by the end. Still, that doesn’t stop one character from making a name for himself and ultimately overcoming all of this. That would be Eren, the main character. He’s an excellent lead who really hits the right balance of being impulsive and calculating. His whole life was turned upside down when his town was attacked by titans and he’s sworn to take revenge against them his whole life. Once he becomes old enough Eren gains the abilities of a Titan Shifter and begins his revenge. He starts out as a pure hearted hero who eventually goes down a gray road to the point where he isn’t much better than some of the villains. Eren’s always been about revenge so it’s not like things have really changed all that much for him, but revenge seems to be his only motivation now.

Part of what makes Eren great is his quick actions. He doesn’t buy into the various justifications that the villains give even when the others characters begin to crack. One good example of this is when the Colossal and Armored Titans begin to explain why they are going around murdering everyone. Eren doesn’t believe a word of it and calls them out for just being mass murderers. Eren says it how it is and doesn’t worry about appearances.

In combat Eren is quick to adapt and learns how to fight the Armored Titan mid-fight. He also did well against the Female Titan. He makes up for his lack of experience with pure fighting technique. He didn’t start out as an ace fighter or anything like that, but didn’t stop until this became the case. That’s why he’s such a great character. We actually see Eren training with the others and his gradual improvement over the series. It’s really something to see how far he has gone from the original days. The character is almost unrecognizable upon first glance, but on closer inspection you can see the same fire in his eyes.

He’s easily the highlight of the series and whenever he appears you know something cool is going to happen. I think part of what makes him work so well is that he actually has the power to back up his plans. He’s not going to just go along with the corrupt government any longer than he has to. Once the time skip happens then all bets are off and we see Eren truly unchained. 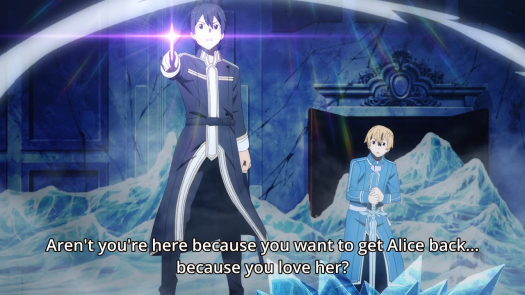 Let’s be honest here, Kirito is one of the main reasons why I made this editorial. He’s one of the greatest characters of all time and yet he is stuck in Sword Art Online. SAO has a cool premise and the first arc of the anime is one of the most complete sagas out there. Alas, after that things went downhill a bit with almost every arc having something wrong with it. Kirito shines as a beacon of hope in even the worst of arcs, but imagine what he could really do in a better series?

Kirito started out as your average teen who just loved video games a lot. Once he gets stuck in the world of Sword Art he does his best to get back while keeping as many people alive as possible. Kirito prefers being a solo act and that’s how he is for the first two arcs of the series. Eventually he becomes more of a team player in Gun Gale and that leads up to Alicization where he has a tremendous amount of character development. In that series he is now portrayed as the mature adult who has been through a thing or two. He teaches Eugeo how to be a good fighter as well as how to be a good person. He instills a lot of great life lessons like fighting for your goal and not letting it turn into hate or a vendetta against the villains.

Kirito is a master swordsman in all combat styles, but he’s also a super genius and picks up on things very quickly. What never wavers is his unshakable confidence. He’ll jump in to help anyone at any time while always keeping a cool head. Kirito is the kind of guy that you always want to have in your corner. He’ll figure out a way to win and if it doesn’t exist yet then he’ll invent a way for it to work. He’s always been a very outside the box kind of fellow at it is. There’s no shortage of amazing Kirito scenes in the Sword Art Online series. You always know that no matter what happens he will be around to help. One such scene is when he takes on an entire platoon by himself. I can’t really picture anyone else in the series being able to do something like that.

Kirito really embodies what it is to be a perfect character. He’s a really nice guy who will always do his best to help his friends get through a tough spot. He’s got an awesome uniform and is always up for a fight. As long as you try your best you should always be able to get through a situation and Kirito shows how dedication really does make a difference.

So, those are 3 characters who are quite awesome, but just so happen to be stuck in titles that will never really be able to hit the big time for me. It’s too bad, but at least those titles do have a cool character to help them. It’s way better to even just have one good character then to be a title with no solid characters to back it up. These 3 are all stars who would be top 5 in any title and that’s definitely an impressive feat.