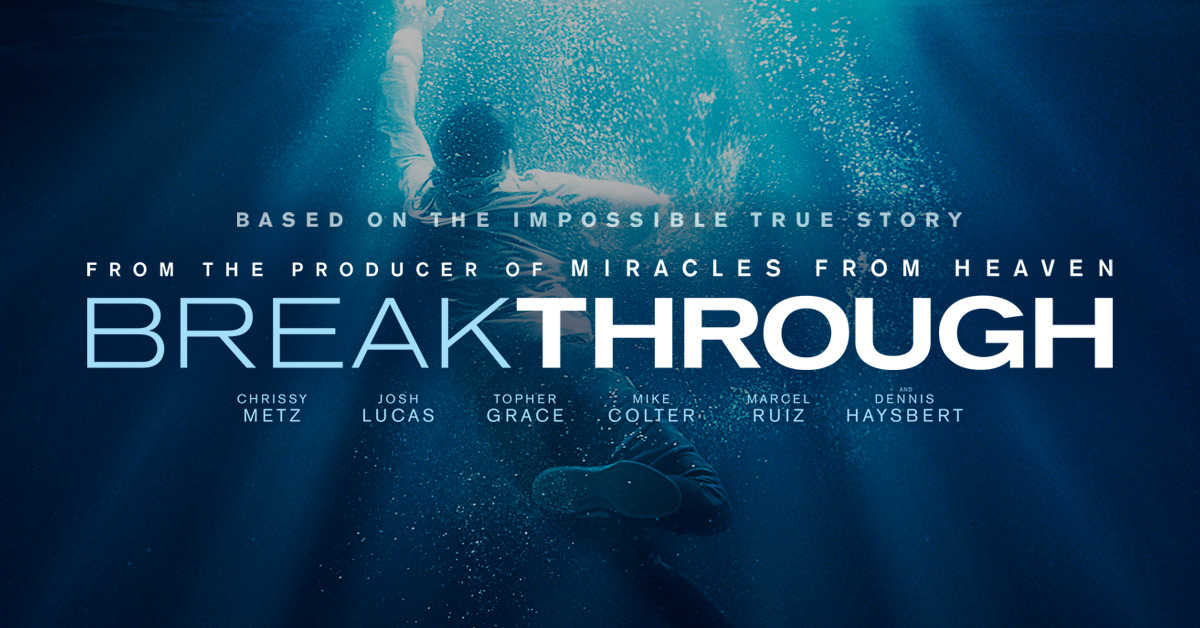 It’s time to take a look at a movie based on true events. Such films always have to straddle the line of keeping everything accurate and true to its origin while also throwing in enough extra details to ensure that there is enough content for a full film. I’d say that this one did a good job, it doesn’t drag on and it doesn’t feel like they added too many dramatic moments. It’s a quality watch and a movie that will definitely age well.

The film starts off by introducing us to John and his adoptive parents. He’s going through a rebellious phase as he tries to find his place in the world. It doesn’t help that at school they’re supposed to do a presentation on their family tree and of course he doesn’t know his. Joyce does her best to connect with her son, but John is still being distant. He goes out with his friends to play in the ice and ends up falling in. While the rescuers were able to grab him, he went into a coma. Now Joyce must hold strong in her faith that John will get out of this in one piece.

Breakthrough has quality writing throughout that really keeps every piece of the movie operating at a high level. We’ve got a good cast which is important from the main characters to the supporting figures. John is one of the least likable characters almost by default because of the whole rebellion thing. He does come across as a little rude for the first half and while the guy is dealing with a lot of issues at the moment, it does feel pretty unwarranted. Not passing the ball at the end of the Basketball game was definitely an iffy moment, but by the end of the film he’s certainly learned his lesson and is more of a team player.

Joyce is the real star of the film and the only one who believed 100% from start to finish that John would get better. That level of devotion is always important in the healing process and she put her faith in God right from the start. I don’t blame some of the other characters for having doubts because it’s not as if it’s easy to do what Joyce did. Still, she deserves extra praise for being able to stand strong. She defends John whenever the Debbie Downers and never lets up on the intensity. I don’t really feel like she ever crosses the line with her outbursts except for one remark where she does put blame on Brian. She made a mistake on that moment, but quickly acknowledged it later.

Brian doesn’t take the situation as well as Joyce but is still supportive in his own way. While he can’t bring himself to go in the room for most of the film, he doesn’t leave the hospital either. He does his best so support Joyce and John from the sidelines. Then you’ve got Tommy who was instrumental in helping John out. He’s a good character to have around. Finally there’s Jason who is a bit of a mixed bag. I was actually expecting him to be more of an antagonist to an extent based on his first scene. He was surprisingly rude and obnoxious so when they said he was the pastor I was pretty surprised. After that we have the interesting rap intro to the sermon and a whole segment about the Bachelor.

I think the whole rap thing is an interesting gimmick. I don’t think I’d want to have that as a usual routine for Church, but since the guy was a guest I don’t have a problem with it. It was his contribution to the Church and a way to pay respect so I think the intent is good. The actual Bachelor sermon was a bit iffy. On it’s own I don’t think it would have been that bad either, but couple it with Jason’s other early scenes and that’s not the best first impression he could have had. He quickly shows that his heart is in the right place by the end of the film though. He was a great ally for Joyce.

Breakthrough is suitably emotional considering the serious plot it’s got. It’s a very traumatic experience for the family as well as everyone else in the neighborhood who knows John. I definitely don’t think anyone will be playing on the ice after this. I do think that the ending starts to get a little too mean spirited with people blaming John for surviving. That’s a quick way to make sure John gets hit with survivor guilt. At most I can see the kids acting like that, but the teacher? It definitely might be a good idea for the family to move away if things continue like that.

The soundtrack is definitely quite good here. There are quite a few Christian songs that play during the movie and they’re very catchy. You’ll likely recognize them if you listen to Christian music as these tunes are pretty popular. They help enhance the scenes that they play in and it’s always great to have some music in. I feel like music just makes a film feel more special and brings it to the next level. It’s also used well with the scenes so you won’t have happy music during a somber scene or sad music during a happy one. Context is always important.

Overall, Breakthrough is a solid movie and one that I definitely recommend checking out. It’s got a good message and a solid cast. The pacing is quick and the movie is able to go through a lot of events. There’s never a dull moment and since for films based on true events you already know the ending, the journey there is even more important than ever. As long as you continue to have faith there can always be miracles. Events like this are a great reminder that through God anything is possible. Sometimes it’s easy to say that without actually believing it, but know that this is one statement that you can take quite literally. We’ve been getting more Christian movies lately which is great, but don’t take that as a sign to stop checking them all out. The more we support these titles the more high quality experiences the companies will keep churning out. There’s no end to inspirational events like this one and the more that get adapted the better.