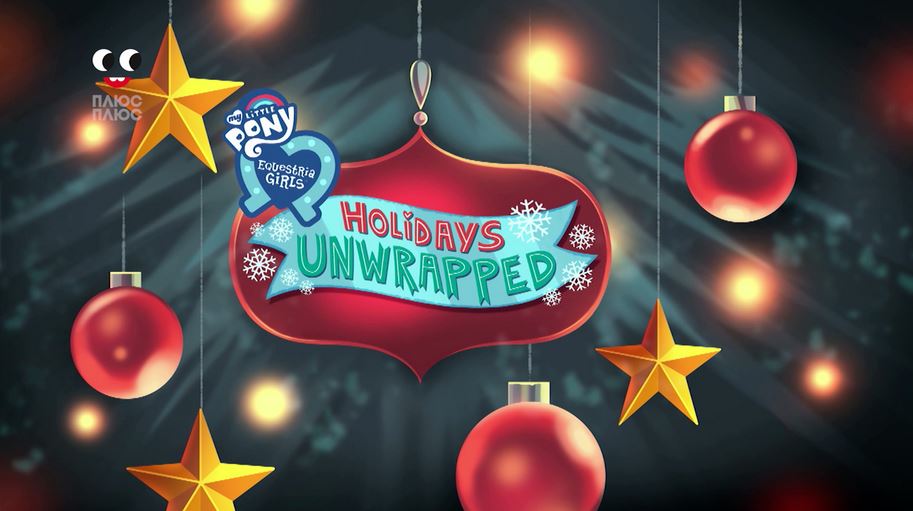 Time to look at the final Equestria Girls short and potentially the final animated media in the entire Friendship is Magic part of the franchise. It’s a reasonable way to end things even if I’m not the biggest fan of anthology setups. It means each story is too short to properly get a lot of development, but as this series isn’t very plot heavy in the first place it works out pretty well for itself. There are 6 shorts here and since the special is about 45 minutes that gets us to about 8 minutes each.

In the first special the Mane 7 are trying to cram for a test. Unfortunately they are not prepared for this one except for Twilight. Rainbow suggests that they get the school to cancel the test by pretending that it is snowing outside. Honestly this isn’t a bad plan at all. It’s definitely quite sneaky though but it comes very close to working. Unfortunately for them the professor was pretty sharp and not as easy to fool as Celestia. If anything the Mane 7 doomed themselves by attempting to fool the school since they had less time for the actual studying. The moral here is definitely that deception does not pay.

The second special definitely amps up the intensity as we get a snowball fight. Pinkie Pie is trying to deliver a souffle to Rarity because every year it ends up deflating before they meet. She is determined to change that this time, but the snowfall is making that difficult. Sunset Shimmer knows what it’s like to not make it somewhere in time so she makes it her mission to defeat the snowball fighters and pave the way for Pinkie to make it. It’s a very dramatic special and it’s nice to see the team all working together here. Sunset was the MVP as expected and this was definitely my favorite short.

Next up is the Apple Family getting ready for their big apple cider party. Unfortunately Flim and Flam always end up breaking in and messing everything up which puts a damper on things. Twilight Sparkle has concocted a plan to stop them this year. It’s really a good thing she showed up because Applejack would have been completely doomed otherwise. Twilight’s really good at staying one step ahead. To Flim and Flam’s credit, they actually did put up a good amount of resistance. They also had a lot of foresight and predicted some of the things that were about to happen. They just weren’t quite as smart as Twilight.

Following that up is a story where Sunset left her keys at school. Unfortunately it is a weekend so nobody is there. Each member of the group tries to figure out a way to break into the school but Twilight keeps shutting their ideas down. She doesn’t want to do anything that will be considered breaking and entering. I see her point, but the group had a lot of fun ideas. The best one is probably Applejack’s, but they all have some merits to them. Fortunately for the group Twilight has an idea of her own. It may not be as flashy as the others but it does get the job done.

Then we have a special where Rainbow Dash forgot to buy a gift for Fluttershy. It’s a good thing she has super speed, but even with that she is cutting things close. She wants to get Fluttershy a gift that feels authentic even if it is rushed. You can feel the pressure here because this is also why I always find those mystery grab bags to be tough. It’s hard enough to pick gifts normally but when you draw from a hat and have to try to find a gift for someone in particular the stakes get high. Rainbow can still be blamed for most of this since she totally forgot, but it is a hard task under any circumstance.

Finally we have a special about Applejack’s family tradition to take a photo at the end of the year. The rest of the gang don’t really feel like it, but the see how excited Applejack is and figure they should be supportive. This leads to some pretty crazy costumes and then a plot twist by Applejack at the end which definitely stings. It’s a pretty wholesome special and a nice way to end things off. It may not be as action packed as some of the first segments, but it’s always good to see the team trying to help out a friend.

As mentioned these specials are very quick so they go by in a second. Some of these segments could have easily been expanded to be their own full specials. I think the best way to handle this is to just incorporate them all into a big plot. Still, it is what it is and Holiday Unwrapped is a solid special. Equestria Girls has been a great spinoff to the main series and it definitely won’t be forgotten anytime soon. I’ll miss the characters having actual super powers in the human world. It’s a really nice dynamic and who knows, maybe Equestria Girls isn’t quite done yet. I just get the feeling that maybe we still will get another special or two down the road.

The animation is pretty solid. At this point you’ll be pretty used to the style. The animators always do a good job of staying consistent. Their action parody parts feel smooth and the same can be said about all the other aspects. The soundtrack is pretty much nonexistent here with no chance to add big songs, but I still say that the intro here is better than the main series one. It’s got a lot of energy and really starts things off with a nice pop. That’s exactly how you want to start a film.

Overall, This is a special that I’d definitely recommend. How could you not enjoy a pleasant special like this right? It’s not the next big thing in the franchise, but it’s not really going for that anyway. Think of it as a fun little Christmas special that gives you an excuse to see the characters having fun opening gifts and such. I always like Christmas episodes in any franchise, they’re just a lot of fun and in this way MLP got to have one last adventure. We’ll see where the franchise goes from here.