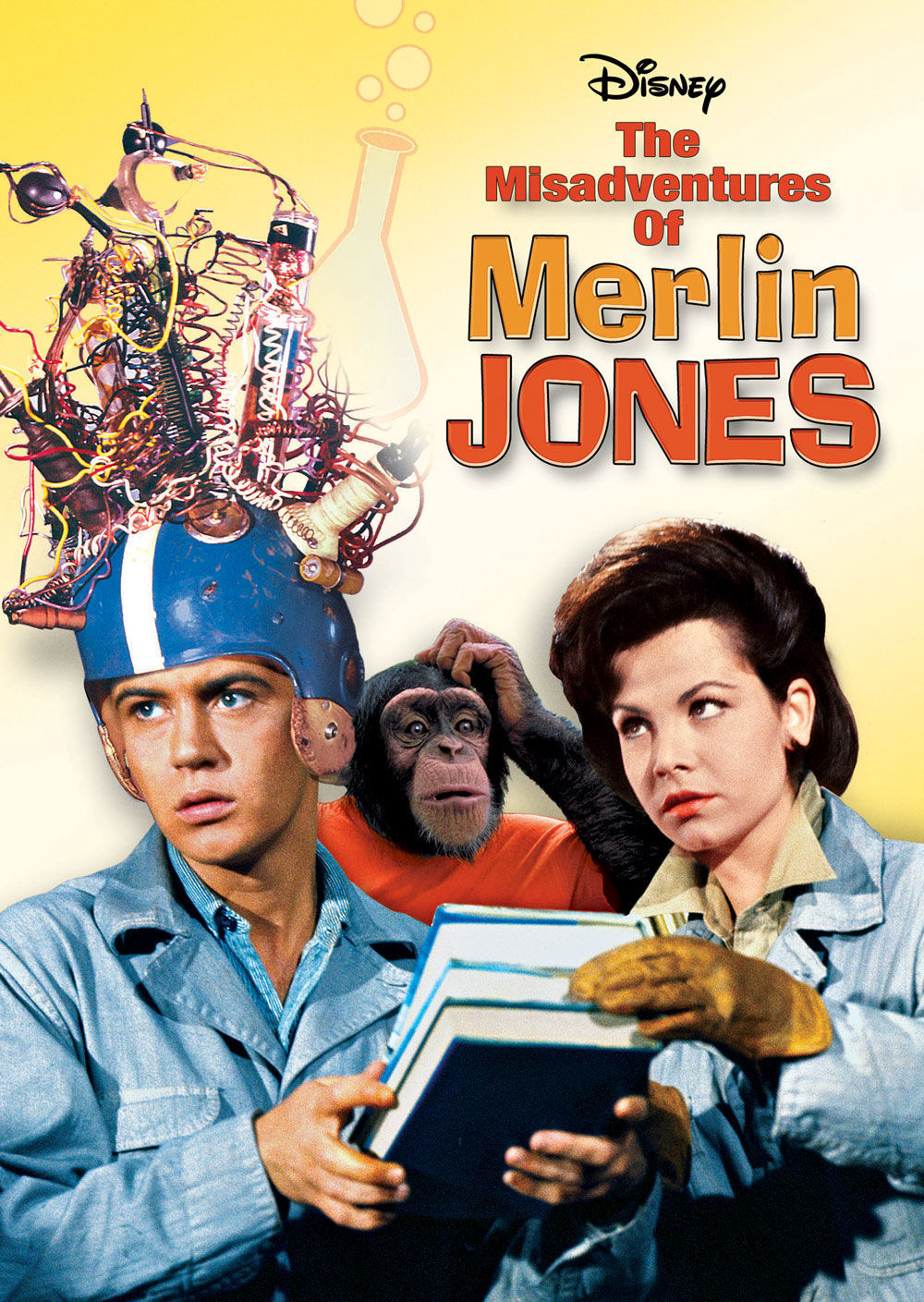 Time to look at a fairly old film about how being too smart in just one field can backfire. A lot of times we see films about scientists who are smart at making things but then don’t really understand the consequences of their actions and the whole thing blows up in their face. Merlin is no exception to this as he makes a lot of dangerous assumptions which get him into trouble. It’s a pretty entertaining movie and I could see this being a fun show to watch if it were on TV.

There are effectively two storylines in the film which don’t really have anything to do with each other. The first one starts off with Merlin working on another experiment of his. He ends up zapping himself and now he has the ability to read people’s minds. It’s an incredible ability to have so long as people don’t know you have it. Naturally that means the very first thing he does is try to tell people. Things get serious when he finds out through this mind trick that the judge plans to steal some gems and then murder someone. Can Merlin stop this guy?

The second story has Merlin get hypnotized. He figures that this is a pretty good trick and decides to hypnotize a chimpanzee into being tougher. Things begin to escalate when the judge convinces Merlin to hypnotize him and commit a crime. It’s all well and good at first but since the judge doesn’t remember the crime and Merlin was found at the scene things aren’t looking good for the kid. He may be in some real trouble now.

So those are the two stories. They’re definitely interesting but ultimately I can’t put Merlin in a very positive light. The guy makes too many mistakes and both stories would have ended a lot sooner if he had just made the rational decisions. He should have kept listening to the mind before jumping the gun and for the hypnosis he should have added a fail safe. He just didn’t think things through all that well. Particularly in the first story I would argue that he was guilty of contempt of court with how many crimes he was committing.

Merlin plays dumb half the time, but he was definitely being pretty annoying the whole time. He is always talking back to the judge and jumps to conclusions a lot. The worst part is that it’s so easy to prove you’re reading someone’s mind. Just do it the way he convinced Jennifer, have the person think of something or pick a number and then say it. There isn’t really a way for someone to not believe when you do that. Then it’s a matter of waiting, he should have just waited it out a bit more with the judge. It’s good that he was able to control what thoughts he could hear later on though because the only drawback of telepathy is that you can go crazy if you start hearing everyone’s thoughts and can’t turn it off.

Jennifer was definitely a lot of fun though and a great heroine. She was always jumping to Merlin’s defense and would declare his innocence to the world. She was super trust worthy and someone who had Merlin’s back no matter what. Without her he would have been doomed many times. If anything Jennifer sometimes cuts him too much slack like when he blows off their date to work on some more science projects. It’s not like it was for a class or anything, he just skipped their date for no reason. I can also see why she was upset about him going to another girl in the second short. He was mind controlled, but he should have at least had some will power there.

The best character throughout both specials was the judge though. He tells it like it is and always has a commanding presence. He’s a very reasonable guy considering how crazy the town is. I also like the fact that he has a double identity as an author that he hides from the world. It adds a little more depth to the character. He’s not just a judge. Since he deals with Merlin and Jennifer a lot they do get away with more than the others, but the judge does realize that they are sometimes in the wrong place at the wrong time.

The writing here is pretty fun. The characters are enjoyable and the laid back atmosphere of the town works well for a title like this one. It’s not the most exciting or thrilling story around, but it’s enjoyable. The time goes by quickly. The film isn’t without its weaknesses though. For starters the whole hypnosis scenes are iffy. I still don’t buy into hypnosis on command like this. It works so quickly that you have to assume that the characters have 0 will power. It was also iffy of the teacher to give Merlin a command to kiss someone and with the character half heartedly saying to stop the whole thing was a mess. It single handily ensured that the first story was more enjoyable.

There’s also the plot with the chimp that wasn’t great. The chimp definitely didn’t want to be with the bully and so Merlin was right on that one. We don’t see anything beyond the bully being curt as usual which is good since that’s not a plot that the film would have really benefited from. I think this film should have really stuck to the first short. It’s just a lot stronger than the second one and had more substance to it. I suppose neither side was all that bad though.

Overall, Merlin Jones would have made for a fun TV show. I think there would have been a good audience for it and back in the day when I watched a lot of other Disney shows I would have tuned into this one. The writers would need to think of a lot of different inventions and gimmicks, but it would have been doable. As a film there is just less to do and by trying to fit two stories into one film it is less focused. Both stories really have nothing to do with each other so it only serves to break the flow. If you want a fun little film to check out then this is a good one to watch. It’s one of those movies that is just fun to watch and will entertain you all the way through. Just don’t go in expecting any big hype moments.