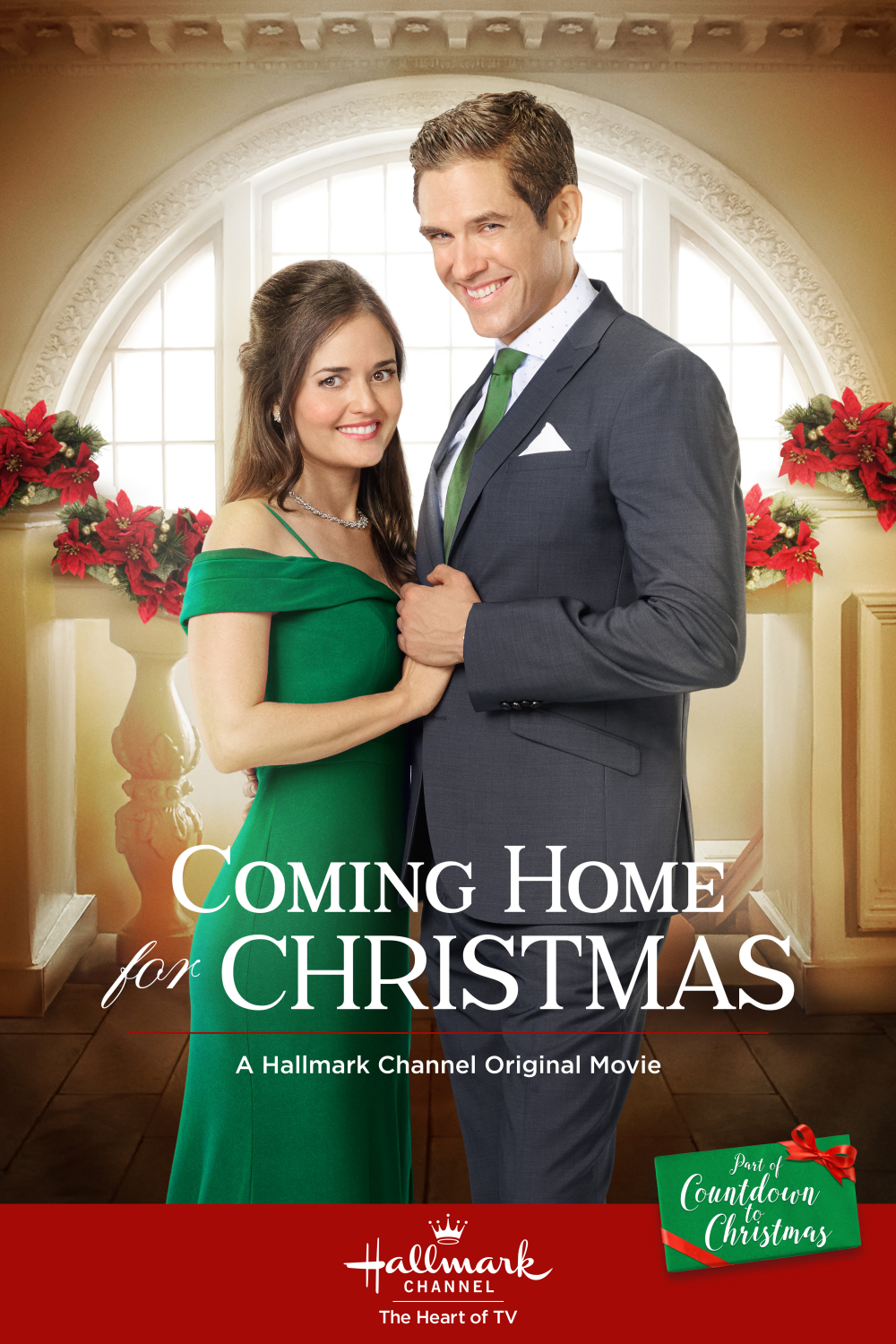 It’s time to look at a classic Hallmark Christmas film. I’ve actually seen quite a few of these as of late so expect for a mini marathon of reviews. First up is Coming Home For Christmas and it hits all of the right notes like most Hallmark films do. This one is a little weaker relative to their usual ones though due to the addition of a love triangle which really wasn’t all that necessary. Still, you can expect a wholesome experience as always.

The movie starts with Lizzie’s friend getting her a gig as the house manager for a rich family. She is eager to get to work, but unfortunately the lady of the house does not like her. This is an old lady named Pippa who is currently at odds with Robert, the executor of the estate who plans on selling the place. While they may be mother and son, they disagree on getting rid of the house. Lizzie has to find a way to get these two to open up to each other while also making this the best Christmas they’ve ever had. She has always loved a good Christmas party and hopes to get these characters to appreciate this as well. Meanwhile Robert has a brother named Kip who likes Lizzie so she will have to decide what’s more important, romance or her job.

It goes without saying but going out with your boss or even another co-worker is typically a bad idea. There’s a lot that can go wrong and there’s no real way it can help your job performance. Lizzie also isn’t all that interested in Kip from the start. If you’ve ever seen any romance film you know who she was going to choose. Interestingly though, the film doesn’t paint Kip in as bad a light as they usually do for the fall guy. The traditional formula for these films is that the girl is already with someone, but it turns out that he isn’t too invested in the relationship so then she rebounds with the first guy she meets.

In this case Lizzie wasn’t with someone at the moment so there are 2 new guys with one of course having to lose out. Kip is introduced as a bit of a flirt who can’t deal with a serious relationship so that means he is doomed here. He does try to say that this time will be different and while I’m not inclined to believe him, the film doesn’t send clear signals on this. I suppose it’s up to your interpretation, but either way Lizzie wasn’t interested so that was that.

This means that this film had a little more romance than the others although to an extent they all have a lot of romance with Hallmark. The film’s at its best when it’s not worrying about the tension here and instead focuses on how Lizzie makes a good party. With enough resources and time you can do a lot of creative things and these films will give you some good ideas.

The characters are also solid. Lizzie’s got a good attitude when working on the job and doesn’t let all of the antagonistic characters keep her down. She keeps trying to win over Pippa with her ideas until she eventually succeeds. She also doesn’t jump to conclusions the way that Robert does. There’s always one character who makes the leap but she stayed strong here. Lizzie really did her best to make Christmas special for everyone, but I think one important thing about her character is that she is a professional. Whether or not she became their friend you can’t deny that she did an amazing job setting up the party. The house looked a lot better than it had originally.

As for Robert, he’s a decent character. He takes a while to come around but for the most part he was still pretty cordial. He didn’t get upset every time he happened to show up and Lizzie was taking a break. He was reasonable there since he knew she was doing a good job and that’s how a boss should be. I do think he could have done a better job explaining to Pippa and the others why they had to sell the house though. Due to how the plot twists go and why they need to sell, I don’t see how everyone was so aggressive towards him. Surely at least Kip and the sister should have understood.

As for Kip, he wasn’t as good as Robert mainly because he was trying to be with Lizzie from the start. She brought up the valid point that effectively she works for Kip since he’s a part of the family so that dynamic was never going to work. Kip really should have given up at that point. Meanwhile Pippa is definitely not the nicest character, but she’s not too exaggerated or anything. She may not be all that kind to Lizzie, but she’s not slamming doors in her face or anything like that. She also does go along with the lead’s idea when she acknowledges that it is sound.

As mentioned earlier, this film is just solid all the way around. The writing is good and I enjoy the scenery we get in the various shots. The characters are all written well and the movie’s pacing is on point. There’s time for a lot to happen, but it never drags on. Romance movies really aren’t my thing, but the Hallmark Christmas films consistently deliver so maybe this is the winning formula. The ending surprisingly isn’t quite as happy as most of the others when you think about it. Of course Lizzie and Robert get a happy ending, but Lizzie’s sister and some minor characters we didn’t know the name of had to lose a bit. The sister should be okay since I think the agent keeps money no matter what but the other guys were ready for a new experience. Naturally Kip lost out as well. Still, the positive parts of the ending outweigh the sadder parts as no character should be particularly crushed with how this turned out.

Overall, Coming Home For Christmas is a solid film. It does remind you that you gotta be careful not to let business get in the way of enjoying Christmas and spending time with everyone. Without Lizzie at the ready Robert probably would have completely lost touch with everyone in the end. The setup is more old school with everyone arriving for several days at a large mansion to do all these traditions, but you can certainly do the same in a smaller set-up as well. The only thing this film was missing was more Christmas food as we didn’t get to see the cast eating all that much.