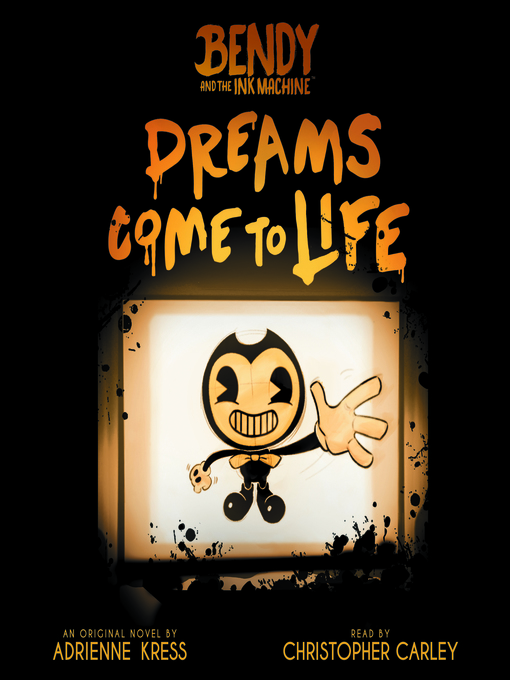 It’s time to look at the Bendy novel that came out a while back. The first Bendy game was definitely a lot of fun with how atmospheric it was. There was always just a lot happening and everything had a second meaning of some kind. The spooky atmosphere is really what helped make the game so good and it’ll be hard for the second game to match it. Well, the book is a way to bridge the gap and it actually has some important information so I’d recommend giving it a shot. It really turns up by the end as any good horror book should.

The book follows a kid named Buddy. He has grown up in a fairly poor neighborhood where everyone struggles to make enough to stay in their houses and get food. It’s just Buddy and his Mom, but they’ve done well enough so far. That’s when Buddy meets up with Joey Drew and somehow manages to get a job at the Bendy art studio. As someone who has always wanted to draw, this is perfect for Buddy. Joey is pretty eccentric and quickly seems to forget he hired Buddy, but the kid is just glad to be making a steady wage. He even becomes friends with a girl named Dot who also works there. Unfortunately this studio may be hiding something sinister within. Will Buddy have to risk his life for this job?

There’s really only one thing that holds this book back from being solid all around. That’s…Buddy. He’s the worst book main character that I’ve ever seen (Not counting light novels) and he just never becomes a good character. He’s surprisingly mean to his grandpa throughout the book and is always super defensive. I don’t even totally understand why Buddy was always so petty. They hint it’s something about his being Polish and catholic or something but the book doesn’t delve into it and I’m not so briefed on foreign policy that I was able to pick up on it. Maybe if I thought about it more but it didn’t even seem relevant to the book all that much so I don’t know why Buddy was always getting steamed. Couple that with the fact that he isn’t very smart and super timid and you’ve got a truly terrible combo.

Dot is nice enough to be his friend and he always gives her a hard time. Then you have the fact that he allows everyone to drag him along for a ride. Joey tricking Buddy into paying for dinner was the single worst scene in the book because his family really needed the money and Buddy didn’t think about that. It’s definitely surprising that Joey would have him pay, but Buddy should have taken no chances. He should have been celebrating such a big day with his family, not with his boss. This came back to bite him rather quickly. Buddy also tends to be quite dramatic through the narration and isn’t even a reliable one. He admits towards the end of the book that he isn’t even sure how much of this is real since he may have mixed up events. Yeah….Buddy’s no good.

Beyond that the book does a good job of slowly building up the tension. There are some fake jump scares at the beginning of the book but eventually we start to get some real horror in there. It starts off pretty subtly as things just don’t add up or you see some shadows. Of course part of it is Buddy literally jumping at shadows, but it can get very real. Right off the bat I can tell you that the book ends on a high note. The ending is quite solid and makes for an exciting climax. It’s really a great payoff that helps make the rest of the book succeed as well. This is the kind of book where a weak climax would have hurt quite a lot. I don’t want an ambiguous ending that tries to stay realistic instead of being like the game. The Bendy game showed us that the dangers are quite real so I’m glad that the book embraced that.

I haven’t read a lot of books lately, but it’s always good to get back into them because they really do help you jump into another world. Not having any images really lets you make up the pictures yourself and visualize everything without assistance. In a way that’s probably what helps make the immersion so complete and powerful. This book is certainly as interesting as any other that I’ve read. With a better main character it would be able to hit the next level but as it stands I definitely had a good time.

I talked about Buddy a lot, but we do get a few other characters. First up is Dot who is a solid heroine. She’s always thinking ahead and doesn’t mind pushing the rules a bit in order to satisfy her curiosity. She isn’t just about to accept things as true just because someone told her that this was the case. Her persistence is solid and she is also willing to put her life in jeopardy to solve a case even if Buddy is too scared. Her attitude of not wanting to beat around the bush with pleasantries the way everyone else does is also admirable.

Then you’ve got Joey Drew who is shown to be rather absent minded the whole time. You can see the chinks in his psyche early on though. The guy definitely appears to be a little corrupt and also close minded which is surprising for an artist. Of course we don’t know if the guy can really draw, I’ve got my doubts. Sammy is also around and he’s pretty insane like in the first game. He’s always doing something crazy but it’s tough to deal with him because the heroes don’t know if he’s insane in a quirky way or a dangerous one. If you wait too long with someone like that you won’t know until it’s too late.

Buddy’s Mom is a good character although she also keeps too many secrets. Not telling Buddy that the grandfather was coming over was a bit last second. It’s not like she should need to let him know, but a heads up would certainly help him not panic the way that he did. Buddy is quite jumpy after all. As for the grandfather, it’s not his fault that he doesn’t know a lot of English but it does make his scenes a bit annoying at times. He loves to beat around the bush and takes Buddy on a journey before getting to the answer. Heading to Buddy’s job was a bad move though because it really got Buddy into trouble and he could have been fired for something like that.

Overall, I’d recommend checking this book out. If you haven’t played the Bendy game or are unsure of how you would enjoy it, then you should read this book. If anything it makes sense to read this book before you play the game because it’s just a great introduction to the game. The book takes place before the game as well so it makes sense to do the prequel first. It’ll also make you look at the game a lot closer. The book really does a great job of expanding the franchise. So long as you can get past Buddy you’ll be in for an enjoyable adventure here.