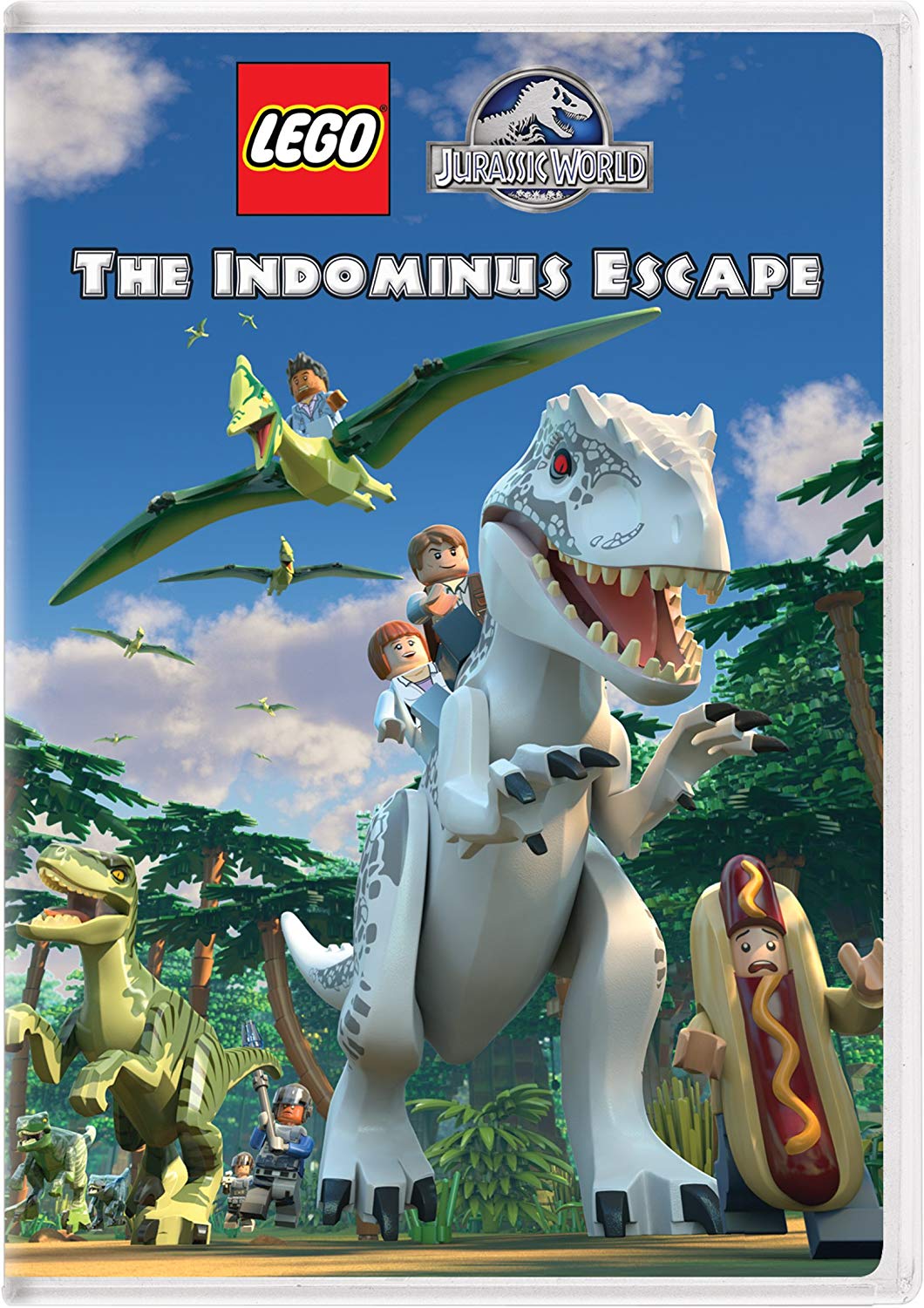 It’s time to look at a quick lego adventure. I’ve seen quite a few back in my day, but I actually hadn’t seen the Jurassic World one yet. It’s a fun adventure and one of the better Lego adventures. Perhaps it’s because there hadn’t been a dino one before, but this special does a great job of bringing in some new humor and situations rather than going for the same old stuff. It’s also just nostalgic to see the events of the movie even if it’s a little different.

The special starts off with a fun scene as the pilot trolls Claire by intentionally driving quite erratically. It’s good she’s made of legos or she probably would have had a concussion out of that because she hits her head a ton. The pilot ends up paying for this quite a bit though as he eventually latches onto a cage and falls out of the sky. At least he was playing Tetris so maybe he had fun. Owen manages to round up his flying dinosaurs and saves Claire from her fall out of the sky. There’s no time to waste as she wants to make a new dinosaur, but Owen thinks this is a bad idea. Will this new dinosaur really save Jurassic World or doom it?

The special is around 30 minutes so it definitely goes by very quickly. It does do a good job of abridging all of the key scenes while having some fun. All of the characters here are a blast and the writing is a lot of fun. There are a lot of scenes that aren’t trying too hard to be funny and so end up being fairly humorous. Typically I tend to like the subtle background gags of the dinosaurs just wrecking the humans. After a while it’s not so subtle but it still works out pretty well. Additionally the heroes being pretty oblivious in putting the other workers in danger works out pretty well.

Lego animation may not be my favorite style but it works out well enough for this. This special is more of a comedy than the comedy/action mix you see in the superhero ones so they don’t have to worry about fight scenes. Lego can give good action scenes as well, but especially in a comedy movie you can just brush past the fact that they’re all legos. The level of detail in the lego pieces is quite solid. Mix that in with the solid writing and pacing and you’ve got a pretty fun way to spend 30 minutes.

The character cast is also strong which is always important. Owen checks all of the boxes for the confident lead you want to see in this kind of movie. He doesn’t bat an eye at having to work with a bunch of dangerous dinosaurs and even when he’s wrong Owen speaks with confidence. Then you have Claire who may be a little out of her depth at times, but all in all she just wants to make Jurassic World as fun as can be. If it means she has to make a dinosaur then that’s exactly what she’s going to do. On paper it’s a fairly decent idea……right? You’ve got to give her points for persistence.

One character in the special is a pushover though and that’s definitely the hot dog man. He lets the heroes put him in a dinosaur costume for a while, but then he nearly dies every time so then he puts on a hot dog costume and nearly gets eaten. It’s his job and at least he is getting paid for it, but the guy should have made sure that nobody would take advantage of him in this way. The guy is easily manipulated. The Dinosaurs are all fun as expected. They’ve got a lot of personality and brighten up every scene they’re in. The Dinosaurs are part of what makes the special so much fun.

Overall, There’s not a whole lot more to say about the special because it is pretty short. How much you enjoy it will really depend on how you enjoy the humor. I personally enjoyed it. They do a good job of making the funny scenes feel natural and not over the top. A lot of it is visual humor and dialogue based jokes which are solid. Quick wit can really make any phrase work quite well. I look forward to seeing some more Lego Dinosaur adventures to see how they stack up. This is a combo that is definitely working so I’d recommend checking this one out.