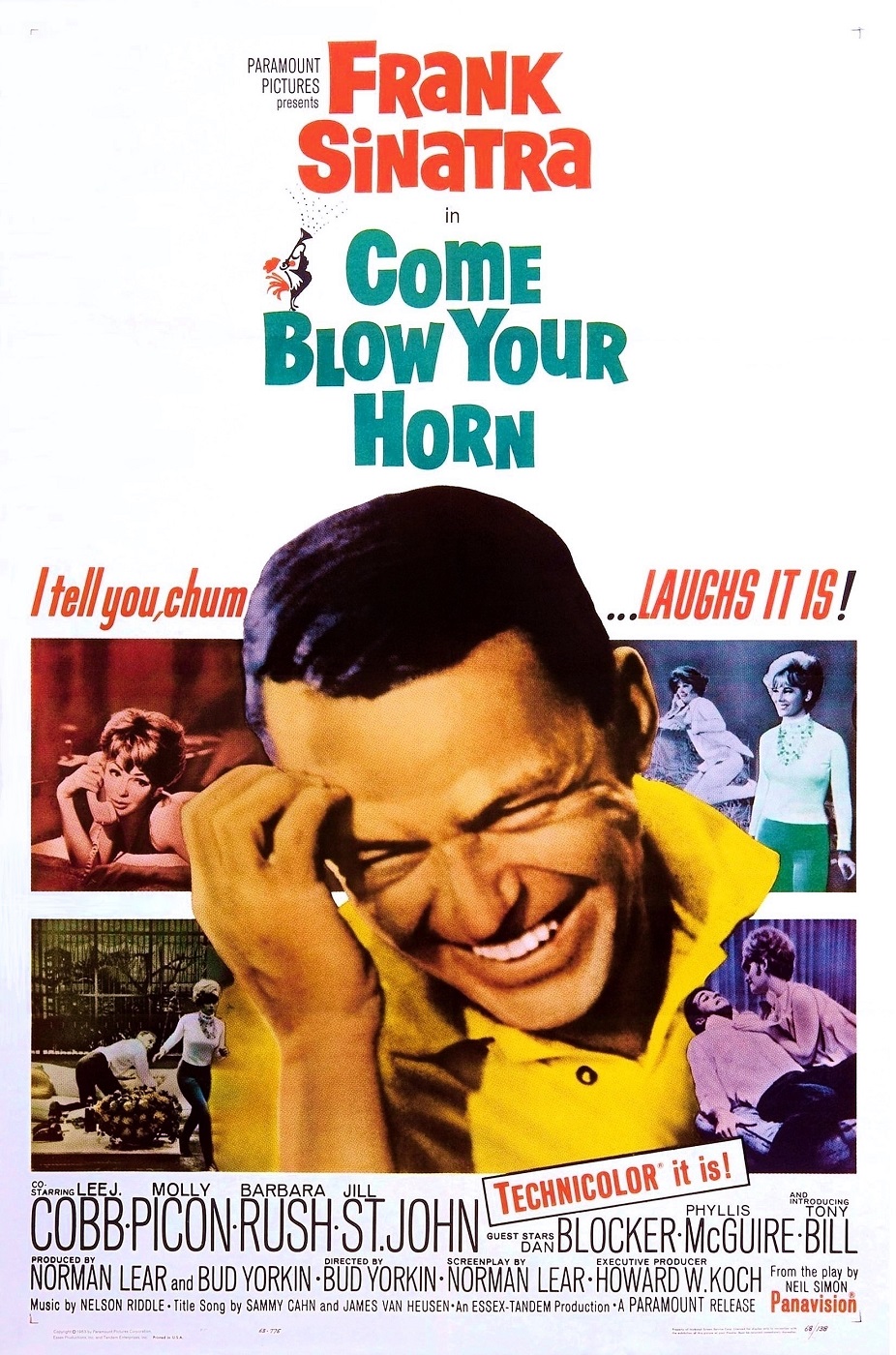 It’s time to look at a comedy film from a long time ago. It’s one of those films where you may start to suspect how the second half will play out. It’s a fun enough film, but one that hobbles over the finish line instead of sprinting across. The film tries a little too hard to smash you with the moral of the film whereas keeping it subtle would have still done the trick. There’s a good time to be had here but I wouldn’t put it as my first choice.

The film starts off by introducing us to Buddy and Alan. They are brothers who are 18 years apart and have completely different personalities. Alan moves out to his own place and loves slacking off at work. He tends to work one day a week and spends the rest of the time being a bum as his father would put it. Meanwhile Buddy has been living life on the straight and narrow. He shows up to work day in and day out to make sure that the company is able to do well. Unfortunately this life proves to be too stifling for him and so he moves in with Alan. This causes a lot of family drama. Buddy must now decide if he really wants to live his life like Alan or go back home and be a responsible adult. He’ll have to choose carefully.

There’s definitely a pretty big contrast between the two. It’s easy to see why Buddy would look up to Alan because Alan seems to get away with just about everything. He blows off work constantly yet he manages to live in a 5 star hotel type apartment. The guy is constantly throwing money left and right. Then you’ve got Buddy who does the right thing and comes to work but barely has a dime for himself. That doesn’t exactly sound fair right? I think if Alan had been fired from the start then maybe that could have changed things a bit. The film does explain why Alan has so much money at the end involving a deal he made with someone, but the father could have at least taken his job away earlier.

Alan’s definitely not a heroic character, but he’s a fun lead. He’s a lot more entertaining than Buddy and also does a better job with the lifestyle. It may be fairly crooked but at least he had to take the initial risks himself. Alan used his charisma to succeed. Buddy had to rely on Alan’s goodwill to make it and that’s why I have less sympathy for him. Buddy ended up being one of my least favorite characters. He was okay at the start even if he did whine a lot. The problems started to come up once the power went to his head. Buddy’s one of the most ungrateful characters I’ve ever seen. Just copying Alan is one thing. Alan wouldn’t have a problem with that and it makes sense.

Where Buddy goes wrong is when he starts intentionally taking things from Alan. He steals the guy’s barber, makes a mess of the apartment, sabotages his phone calls, etc. Buddy goes way too far way too quickly. There’s no reason for him to turn into a total villain over this. By the end of the film it’s fairly open ended as you get to choose if you think he’ll succeed in Alan’s place or not. Personally, I don’t think he will be able to do it. He just doesn’t have Alan’s charms and with no more coaching at the ready Buddy will be digging himself a pretty big hole by the end.

The best characters were the parents. Whenever the father would show up you knew that sparks would fly. He would constantly be calling the characters bums and flying into a fit of rage whenever he showed up. A lot of the times it was fairly justified as Alan was costing him thousands of dollars, but then the follow up question would be “Why not fire him?” and there’s no real answer to that. After a point he can only blame himself for this because he lets Alan get away with absolutely everything. That’s no way for a business to succeed. While the father was one of the most entertaining characters, what holds him back here is how he also takes it out on his wife. It makes sense for him to constantly be upset as the two sons, but she really didn’t do anything. That’s why she ends up edging him out.

The Mom can also be super dramatic, but it’s not typically aimed at anyone else. She just throws a lot of pity parties for herself as she tries to solve every problem. She does her best in answering the phones even when there is no pen around. She even recalls all of the messages although she isn’t exactly thrilled about being used as an answering service. Her ability to keep on talking nonstop is definitely a lot of fun and so the film had quite the colorful cast.

One character that was too exaggerated was Peggy though. She’s oblivious to everything to the point where she believes all of Alan and Buddy’s lies without even detecting the slightest hint of Deception. It’s played for laughs but the plot goes on way too long and too far for it to be funny. Peggy clearly will do anything to get ahead in the field and so hopefully she does know what’s going on and just uses it as an excuse for her actions, but either way this plot should have been removed and the film would have been better for it.

Romance is the film’s Achilles heel. It’s not terrible or anything, but it doesn’t really add anything to the film. Connie does her best to get Alan to turn away from his constant affairs but you almost feel like she should give up on him. He’s clearly not trust worthy and has been playing the field for a very long time. Of course I’ll take the glass half full approach and assume that he is sincere, but it’s really trusting of her to still be going ahead with this.

Overall, Come Blow Your Horn is a film with strong writing that is held back by some questionable characters. The humor is pretty good and the song we got was solid. One sub plot that was satisfying was when one lady’s husband from Texas shows up and intimidates Alan quite a bit while also knocking him into an elevator. The best part of this film is the opening act as we meet Alan and get introduced to all of the family drama. At times the subplot with the parents can be more entertaining than the main one. A lot of things happen in this film and it does a good job of pacing the story in a way where there is never a dull moment. Not all of the humor has aged well but if you want to see a story about living free with no responsibilities then this is the film for you. It’s a dangerous road that offers a lot of thrills but there’s always a fall at the end.