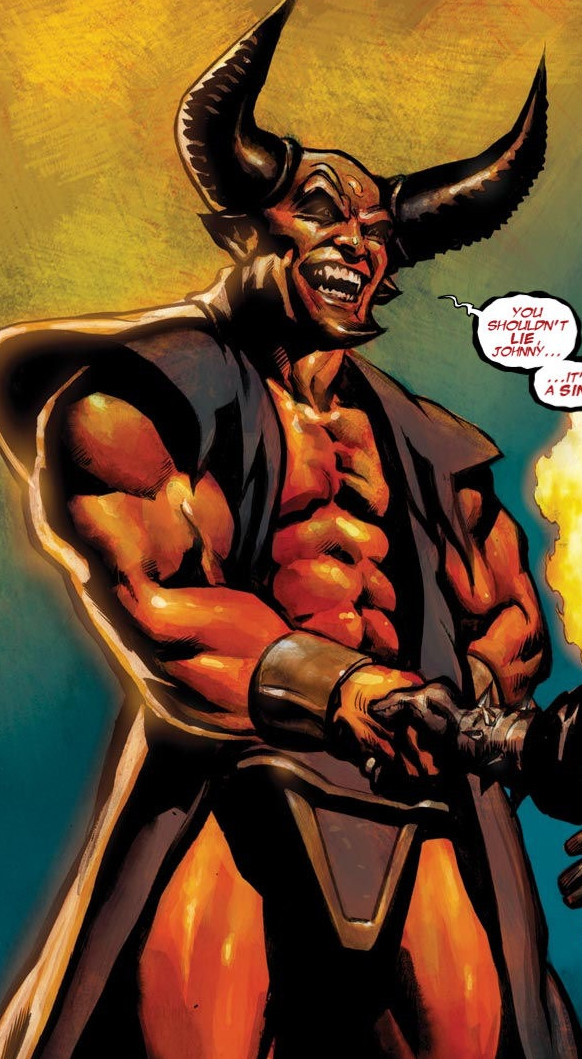 Suggested by Sonic Lucifer is pretty powerful and has given Ghost Rider a run for his money a few times back in the day. That said, he’s not quite ready to take on Ronan. Ronan’s taken on powerful opponents like the Hulk and Thor in the past. Physically I’d give him the edge over Lucifer and his hammer also grants him even more of an advantage. A single swing of that hammer can deal massive damage and Lucifer has no weapon equivalent on his side. Ronan The Accuser wins.