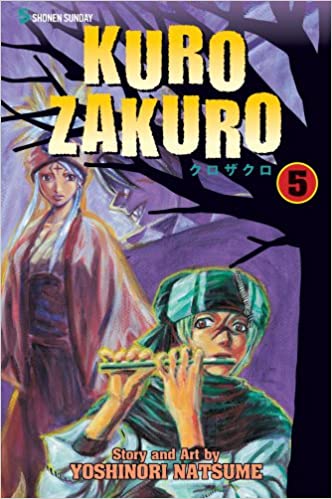 It’s time to look at a manga that I had definitely never heard of before. It seems pretty obscure to me, but it lasted for around 7 volumes so I suppose it must have had a fanbase back when it existed. It’s pretty fun and it’s a bit of a shame that it ended so soon. The series had enough going for it where it could have been a few volumes longer. That said, at least we still did get all of the big fights in the end. The series really picked up once the lead character got his act together. This is a pretty traditional action series that will give you a good amount of fun. I’d recommend it.

The series starts with introducing us to Mikito, a pretty ordinary guy. He is definitely a bit of a pacifist and really prefers not to fight but the guy gets bullied quite a bit. The heroine at school encourages him to stick up for himself. Well, one day Mikito does just that and beats the bullies up quite violently. His power seemed greater than a normal human’s and this is actually the case. The legendary being known as Zakuro has implanted himself inside of Mikito. He lives in the character’s psyche and once Zakuro’s powers have completely returned he aims to take control of the world once more. Mikito is now a danger to himself as well as the rest of the world. This sinks in when a monster comes close to murdering his sister. Mikito decides to run away from home while he is still in control of himself but aside from the villains who want to murder him, the various monster hunters are also after his head. Can Mikito keep them all away or is this the end for him.

When it comes to the idea of a demon residing within the main character pretty much every character has taken a shot at it. To an extent this is pretty much mandatory for the main character because it ensures he will always be very powerful. Naruto, Ichigo, Yusuke, Toriko, pretty much all of the big characters have it. Then the leads who don’t like Goku, Gon, Kenshin, have a darker persona within themselves that can grant them extra power when needed. It’s always a pretty nice idea. That said, Zakuro himself is considerably less interesting than most of the monsters and to me he is one of the weakest (not physically but as a character) characters in the series.

At first I wasn’t a big fan of Mikito but he did really improve as the series went on. For starters, his decision to leave home early enough was pretty solid. A lot of characters seem to hesitate about that kind of thing but it is the safest way to ensure his family stays safe. Mikito’s monster genes seem to attract monsters and they certainly attract the hunters as well so he does need to put some distance. The brief scenes of him working for the hunters right under their noses was pretty fun though. It was an interesting dynamic to be sure. Around halfway through the series Mikito finally starts to talk with Zakuro more. Once they’re on the same page Mikito gets more confident in his abilities and that’s when he’s at his best. He dons a cloak and starts to be one of the heavy hitters. I’d have liked the series to go on longer in part because we could have seen him more.

Zakuro never really went up though. He has an interesting backstory and he gets a lot of character development but I just never found him all that cool or entertaining. He got overshadowed by the rest of the cast and villains for sure. The guy can fight though which is always good. Kugai is one of the main characters here and the first hunter we meet. The guy’s a pretty sharp fighter and he’s managed to stay totally human instead of becoming a hybrid. As a result his power definitely does have its limits to be sure, but he isn’t planning on surviving this either way. He does a good job of being the mentor in the series who grudgingly helps out Mikito most of the time. Kugai is pretty solid and definitely one of the better supporting characters. 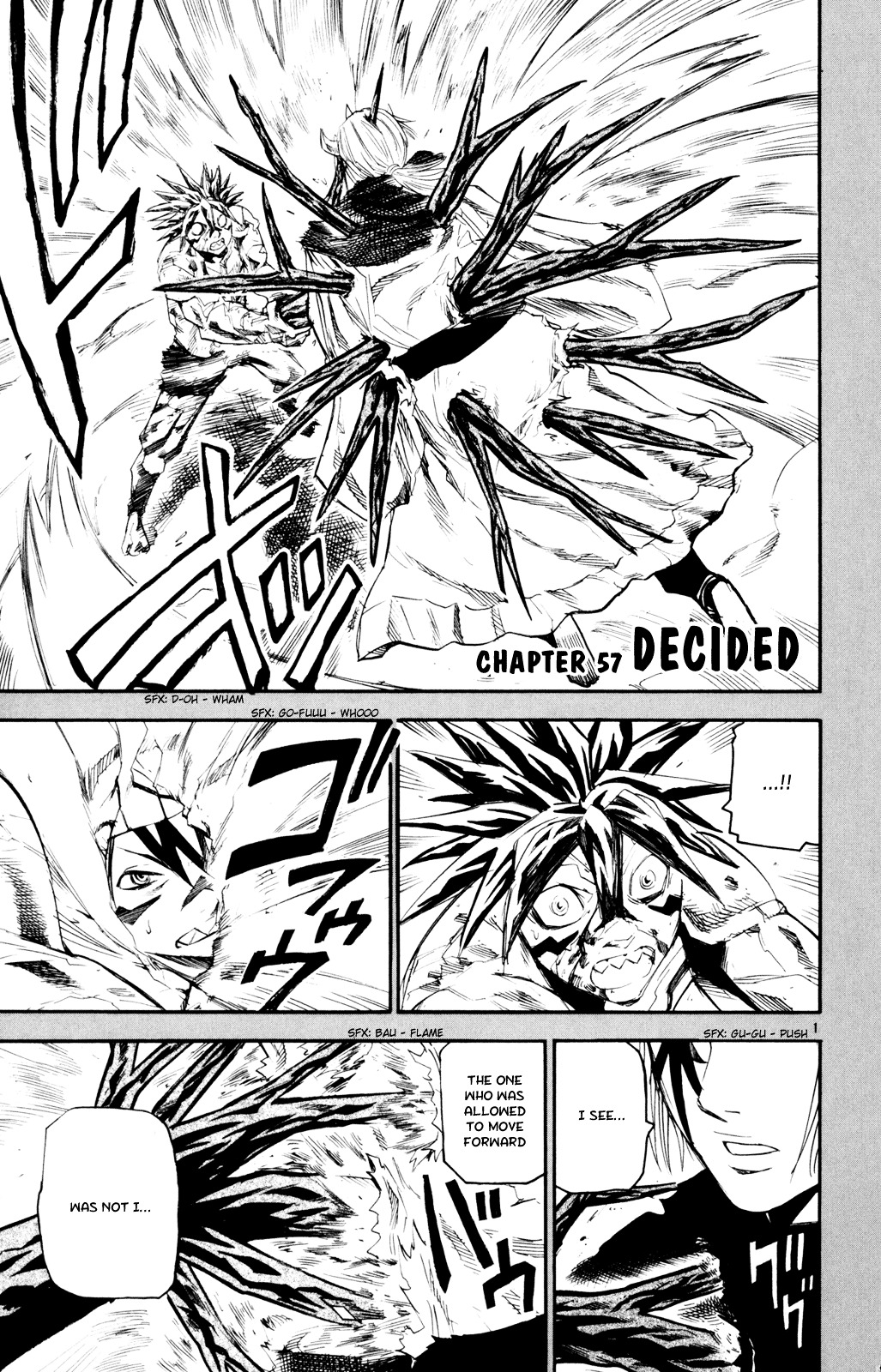 Gogyo is one of the elite squad members and gets a pretty great entrance. The guy can really fight and is the best hero if you ask me. The guy comes in clutch on many occasions. Ultimately by the end of the series the power levels get too high for anyone who isn’t named Mikito to help but Gogyo manages to keep up with the heroes better than most. He was also a lot more reasonable than the other hunters who would just follow orders no matter what. Thinking for yourself is a critical ability to have.

Then we have Hagi who is another government higher up. This guy is definitely more about following orders until he doesn’t. His scenes near the end of the series are a bit interesting in that respect as he defies orders to try and make a grab for extra power. It’s hard to say what his motivations are most of the time but I would consider him to be a villain. He willingly uses people as sacrifices to get his way so no matter what nice things he tries to do by the end you just can’t buy into it. This guy’s only looking after himself. He is a solid fighter though and holds his own against Gogyo. He made for an interesting villain to have around.

Suguri is one of the first big villains that the heroes fight. You can think of him as a super ogre that is stronger than most. Most ogres are fairly mindless and all they have going for them is a bit of super strength. The Super Ogres have all of their stats amped up further while keeping their human intelligence in check. Then they continue to eat more and more monsters to grow stronger. As with most series this was part of the turning point. By introducing this elite level ogres it ensured that the characters would need power ups to deal with them and that was fun. As far as the villain group goes, Suguri is definitely one of the most memorable members.

Seri didn’t get to do much next to the other White Claw members but he got at least one big fight which is still solid in a 7 volume series. He’s the classic kind of character who really likes to fight and puts his life on the line in each battle due to how risky his combat style is. It all just works out quite well. Azami is one of the members who gets a much bigger role. The others always treat her like a kid and give her little weapons that won’t hurt her as much as the stronger ones. She resents this and is determined to get everyone to really see her true abilities. She is decently skilled but not to the point where their worry isn’t unwarranted. When Azami does manage to fight she tends to get herself in trouble. She did a good job with the sword at the end though so I’ll give her some points there. She was quick to turn on Mikito though even if I suppose everyone was at the time. She wasn’t bad, I think Azami’s final battle helped to solidify her as a solid character.

The rest of the villains in the series are pretty solid. In general I don’t think that any of the super Ogres were bad. They each got a quality fight against the heroes and had interesting ideas. Quen ends up being the final boss and he gets a super form so that’s always cool. He wants to destroy the world and gives them all a hard time. I’d definitely give him a passing grade as far as villains go and the group was pretty neat. I would also call the White Claw (Government group) villains as well with how eager they were to destroy everyone. Especially with the twist of who the leader was since it all ends up throwing you into a loop. It was a pretty cool twist though.

The art is pretty solid. It can be a little rough at first but the art improves rather quickly and by volume 3 or 4 it’s definitely holding its own with the rest. The action scenes here are pretty solid as well. The villains have a lot of creative abilities and they’re all pretty different. It never gets too chaotic on the page either so you can always tell what is going on. That’s always important for any series. The writing is on point as well with each character being pretty reasonable. The story is also engaging and some of the concepts are pretty original even if the general story is basic.

The hunters all use weapons that slowly destroy themselves every time they use it. This is a pretty heavy cost and it shows how desperate they are to beat the villains. It feels like a losing battle for the humans the whole way through because as their numbers continue to shrink and the hunters grow weaker, the villains keep on getting stronger. By the end of the series we learn a lot about all of this and it’s supposed to be a balance, but I think the odds are stacked in the villains favor. They can keep expanding their ranks at any time with the hollow monsters and they’re all pretty powerful which doesn’t bode well for the heroes. Without Mikito they would be totally doomed so it can be annoying when some of the hunters are so insistent on murdering him. It’s not like D-Grayman or Seraph of the End where the humans are completely doomed either way. In this series the humans have a shot if they team up with the main character but that’s really their only chance. 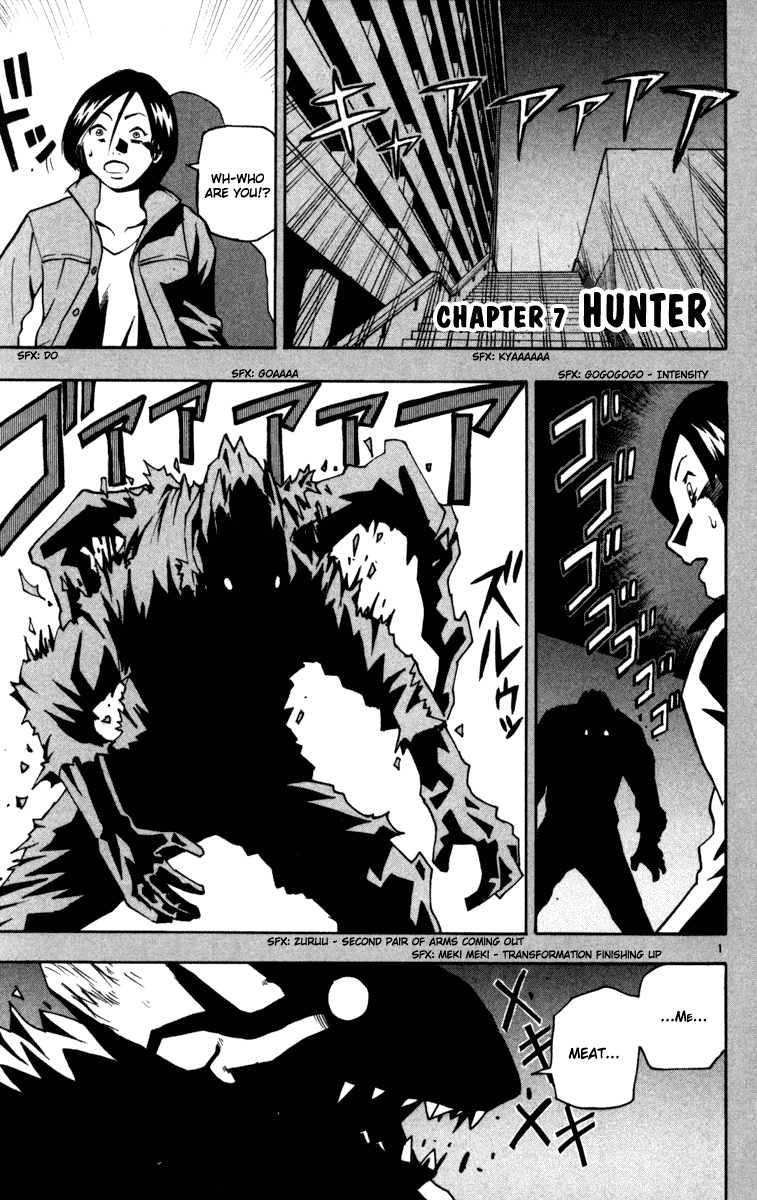 Overall, Kurozakuro is a pretty fun series. It’s a tale about demons and demon hunters so you sort of expect it to be pretty good right away. There are a lot of different plots which is always good and the cast is surprisingly strong. The series may be short but it still gets to use quite a few different backgrounds and settings. They’re all pretty enjoyable and even the school days were pretty good too. The writing in general is solid and I think that ends up helping the series in all areas. It’s a quick read and I definitely recommend checking the series out. It’d be pretty cool if this ever got an anime someday. I think there’s certainly a lot you can do here and the premise would be easy enough to market to the general audience.