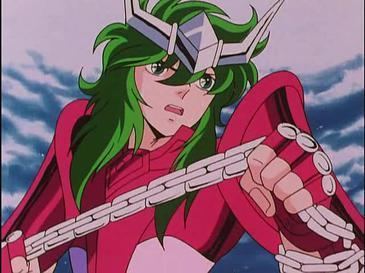 Suggested by Sonic Dragon Sky is a pretty powerful boss from Megaman Star Force. He was one of the original big threats after all. In terms of size and raw power it’s hard to stop him. That being said, he still isn’t ready to take on one of Athena’s most powerful knights. Andromeda’s Nebula Chains are nearly unbreakable and his durability is already insane even without them. As soon as Andromeda burns his cosmos the fight will be over. There just won’t be anything that Dragon Sky can do to stop him. Andromeda Shun wins.