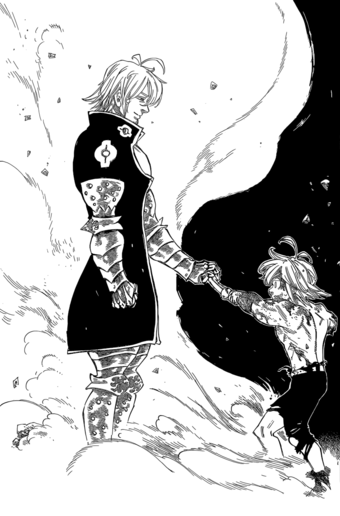 One of the things I really enjoy about anime and manga is seeing how the arc after a big power up starts. This is something that can appear in any medium to be fair, but I feel like it is especially prevalent in anime/manga. The title’s a bit vague so let me get more specific on what I mean. This is the trope where the hero has just gone through a lot of great ordeals and unlocked a new level of power which was enough to stop the villain. Then the next arc starts and all of a sudden the hero is managing to get wrecked by the new opponent. That’s always one of the most hype kind of moments for me because it means the heroes are going to have to train up yet again. It’s particularly effective when the main character was considered to be absolutely crazy in terms of strength. I will be using examples from Yu Yu Hakusho’s Sensui arc, Dragon Ball Z’s Android Saga, Bleach’s Arrancar arc, and for a reverse look at a villain scenario, Fate Stay Night’s Unlimited Blade Works’ Grail War. So it goes without saying that there will be mild spoilers for each of these titles. The spoilers only encompass the beginnings of these arcs and for Fate, the beginning of the second act of the series. If you have not yet read/watched these titles I’d advise you to do so as they all are perfect examples of this. Other instances that are references through images include Luffy vs Kaido, (One Piece) Yami Yugi vs Rafael, (Yugioh) and Estarossa vs Meliodas. (Seven Deadly Sins) 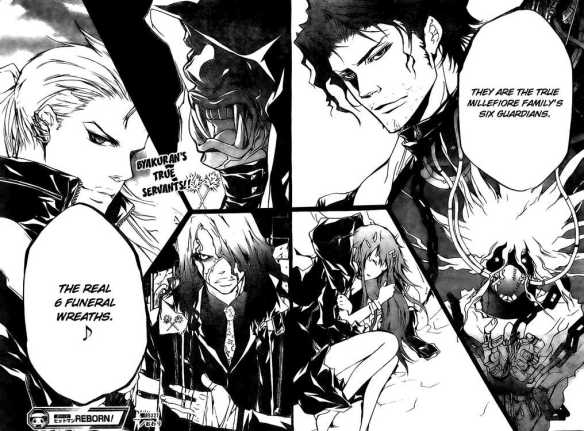 This kind of plot can happen in a few different ways. The image I showed above is one of the great fakeouts from Hitman Reborn where after the heroes finally dealt with the Funeral Wreaths it turned out they were actually fighting some weak imposters. The real ones were significantly tougher. Medaka Box did this as well. It’s a slightly different variation from what I’m talking about since that affected the whole group and really a specific villain appearing. More like a group of them, but in a way that makes things even more dangerous for the heroes. The examples below are of a specific villain showing up. 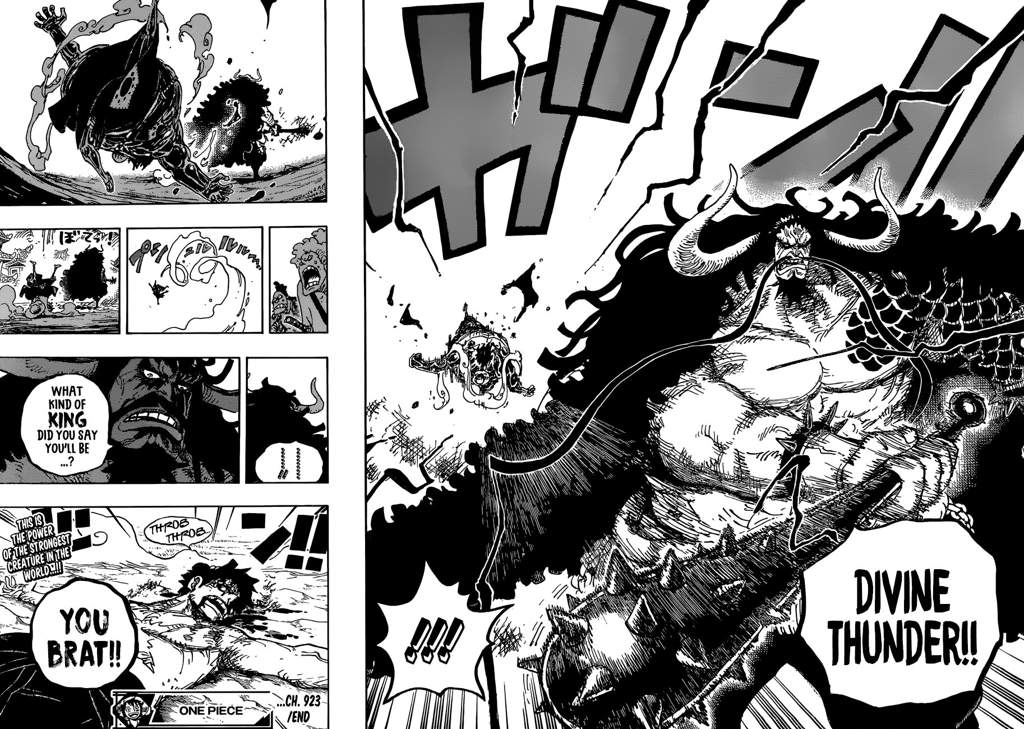 First up, I’m going to start with Yu Yu Hakusho’s example as it’s a little different since it actually plays up the defeat with a bit of a mystery angle to it. So this takes place after Yusuke had just survived the Dark Tournament. He finally gained complete mastery over his spirit power and is feeling pretty invincible. He literally was able to defeat some people while tied up and unable to move so you get a feel of just how powerful he was. The Sensui arc starts with some mysterious teenagers showing up asking to pick a fight with Yusuke. Yusuke obliges them since he’s always ready for a good fight and then from there he vanishes which kicks off the arc. Somehow or another they were actually able to take Yusuke down . Part of what makes this really work is because Yusuke was built up as being pretty unstoppable. No demon could handle him so how could a bunch of human teenagers bring him down? It was a great moment for sure.

Next up we have the famous Goku vs Android 19 fight. I don’t even need to go into great detail here since everyone knows this example. Goku just took down the mighty Frieza with new Super Saiyan form. Goku’s also gotten stronger since then and handled Trunks with ease. Additionally Goku had some time to train before the Androids showed up. Yet, when they did, Goku was powerless to stop 19. He might as well not have even been fighting back because Android 19 gave him the work. To date this is one of my favorite fights in all of DBZ because of how 19 just stepped in and handled business. I like how nonchalant the whole thing was and 19 is heavily underrated. It’s easily one of the most shocking fights in the series because at this point Super Saiyan was still seen as invincible. It’s probably one of the earliest example I can think of with this trope appearing in full force and it was handled masterfully! I know people bring up valid points about how an Android should not have been able to be that powerful and I agree with that, but at the same time the scene was so hype I don’t even mind.

Bleach is no stranger to power creep so it makes sense that it would have a great example. It’s got quite a few to be honest but the best one I’d say is coming into the Arrancar arc. Ichigo just got done taking down a Captain and being acknowledged as one of the greatest Soul Reapers of all time. He takes out one of the random Arrancars and is feeling pretty good about himself. That’s when he is confronted by Grimmjow who turns out to be more than a match for the Hero. Adding insult to injury is the fact that Grimmjow is *only* ranked as number 6th among his group so he isn’t even the strongest. Ichigo is unable to do anything against Grimmjow and is completely crushed during this fight. This was a massive jump in power the likes of which we hadn’t seen. Not only did it establish Grimmjow as a serious threat (Who would go on to be my favorite character in the series) but it also showed that Ichigo and the other heroes were in deep trouble. They were definitely not ready to handle this.

Finally as mentioned lets look at a villain version of this example. It’s time for Gilgamesh vs Berserker. Part of why this one works is because Berserker is introduced as a servant so powerful that he could destroy the other 6 combined. At least in terms of pure mana output he beats the rest with ease. Now Fate does have a habit of throwing a little too much hype at everyone so they don’t live up to it (coughSaberalwayslosescough) and I’ve got an editorial coming up which will reference a fighter there but this is the whole lore behind Berserker. It’s very rare to see him be defeated in a straight fight. That’s all well and good until a new Servant decides to throw his hat in the ring. The King of Heroes, Gilgamesh. Want to talk about upping the stakes and hype? Gilgamesh is said to be the strongest Fate character in the whole Nasuverse. Granted, there are certain limitations to that quote. I believe it only applied to the base characters, once you reach into the spinoffs (Particularly the mobile game) there are some characters who could take him down. That being said, his abilities are in a world of their own. This fight shows that clear as day. It’s just about impossible for any hero to take him down because Gilgamesh has limitless Noble Phantasms. Additionally should anyone try to counter him with a world of their own, he has a weapon that perfectly nullifies it.

Gilgamesh’s only real weakness is that he tends to be overconfident so he doesn’t tend to try until he’s losing. That said, it makes his power that much more intimidating as he humiliates Berserker without even trying. Without a hostage Berserker would have done better although I don’t believe he would win. So there you have it, those are 4 examples of solid moments where this came into play. This definitely happens to villains quite a lot to be honest although in a slightly different context as it tends to happen within the same arc as opposed to the next one. The true leader tends to not show his hand until the main one is defeated. A good villain always waits until the perfect moment to strike.

I know what you’re thinking. No examples from Black Clover or Sword Art Online this time? I know I use those constantly, but I wouldn’t really say they’ve had an example like this. Certainly not Sword Art Online although Clover has some in the most recent arc from the manga. It definitely could have made the list but I figured I’d keep this editorial pretty short. Just a few examples and explaining why I enjoy this element so much. It really just a great way to take the show/manga to the next level. I always think the next villains should continue to get stronger and stronger. You will run into some issues if the power creep doesn’t stop after a while but the easiest way is to just have the strongest villain show up first to mess up the heroes and after that you have the weaker ones appear to let the heroes gradually improve to take them all down one after another. I feel like any good action series should throw this in at least once. It doesn’t have to be this directly, but in some way or another. 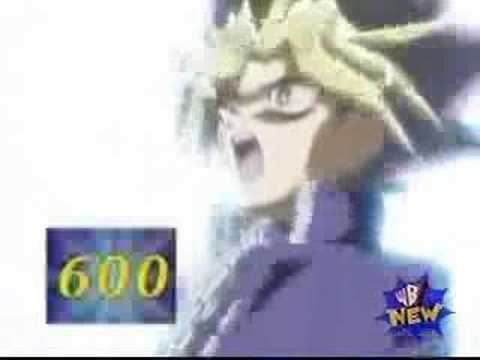 I’ve got more editorials like this coming up at some point with things I like to see in anime or character traits that I want in a hero. It’ll probably be a little while though as I try to balance this along with the reviews and fights on the site. Right now I’ve been doing 1 editorial a month at least. Stay tuned for July’s editorial as I talk about what makes for a good villain. Specifically I’ll be talking about what I like to see in a villain and not so much what I don’t want to see although I may reference those points. As with any character, there are a lot of factors in making a good villain. Just because I list around 10 traits or so, doesn’t mean a villain needs all of them. Of course if the villain does have them all, that’ll likely turn out pretty great for me.