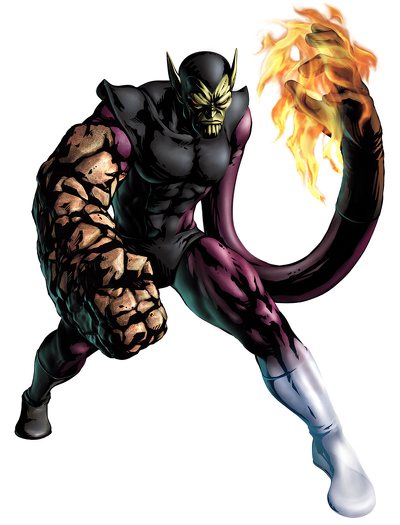 Suggested by Sonic Zangief is pretty strong among the Street Fighter characters. Unfortunately for him he has not gotten a whole lot from the spinoff games which will hurt him. Unlike Ryu and Akuma, Zangief just hasn’t shown anything beyond the realm of the mortals. Super Skrull has the powers of the Fantastic Four which means that he is faster and stronger than Zangief. There’s really no way this grappler will be able to effectively get in close to end this. I’m afraid he’s out of luck here. Super Skrull wins.