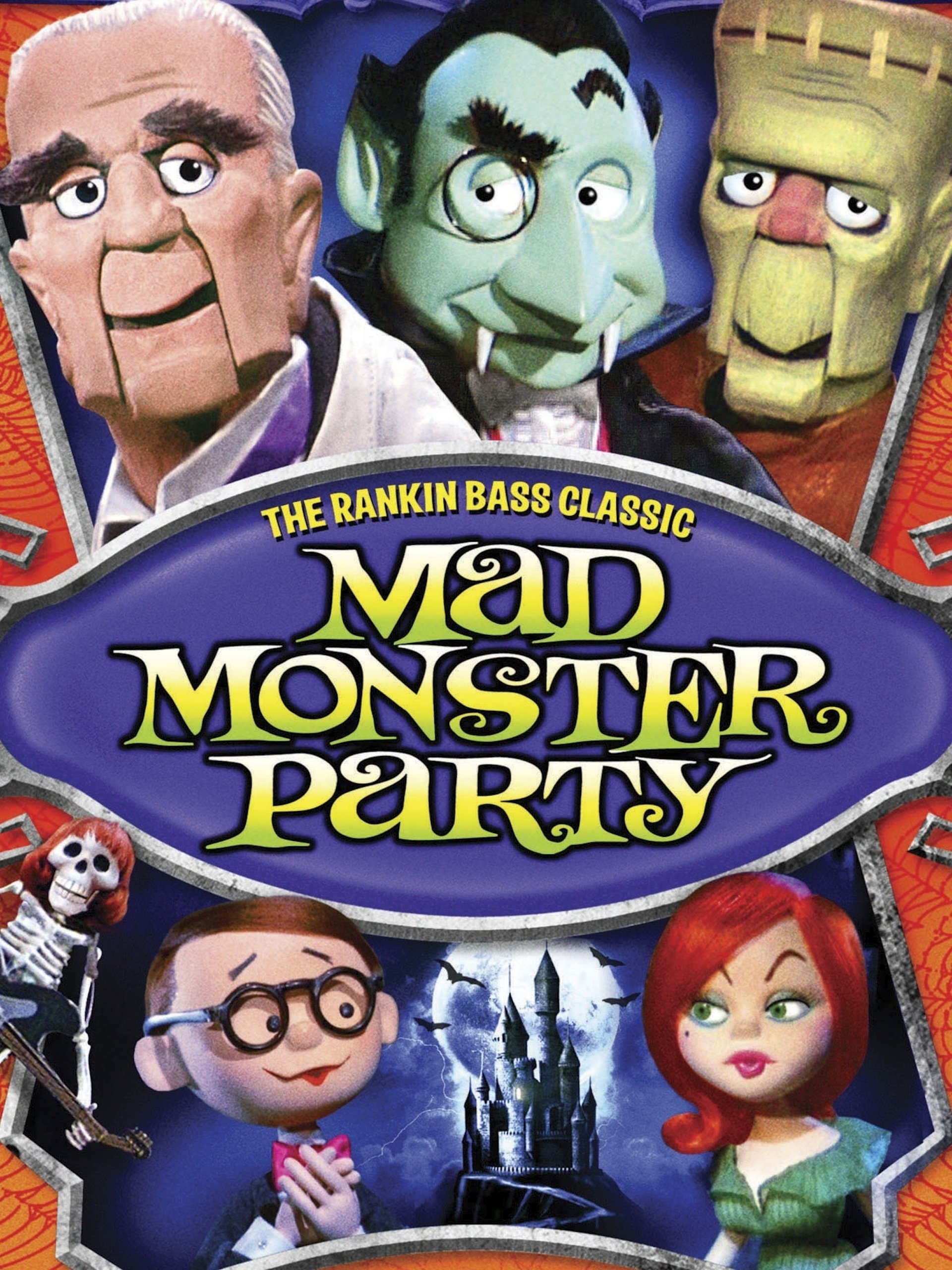 It’s time to look at a comedic horror crossover featuring all of the big universal monsters from back in the day. I have to admit that at first I thought the premise was slightly different. See, it starts with an old man perfecting a serum that blows stuff up and then he invites everyone. So his goal would be to blow them all up right? The film doesn’t go in that direction but I think it could have been very interesting to see him trying to knock off all of them one by one. This is a fun enough movie although I do think it starts to drag on a bit. The premise doesn’t seem like it’s quite ready to handle a full length adventure and could have easily just been 40 minutes or so. I think that would have made the film better.

The movie starts off by showing us that Frankenstein has created a new serum that can blow anything up. He figures this is a pretty solid note to retire on so he invites all of the monsters to come and have a party with him. The thing is, not everyone is here just to have a good time. Dracula has his own plans in all of this. Meanwhile Frankenstein has invited his nephew Felix over to meet everyone. Felix is just an ordinary kid trying to live the good life but is excited to see his uncle after so long. Frankenstein asks Francesca to look after him during the trip but they end up getting quite close. Can Francesca get Felix off of this dangerous island before it’s too late or is it already over for them?

Naturally here a big part of the fun is in how oblivious Felix is to everything going on. The film leads off with a fun gag where the monsters scare the sailors quite a bit so they think Felix is a monster as well. It’s handled pretty well although I was surprised that Felix would then go on to miss a large chunk of the movie. It’s also pretty surreal to see all of the monsters just show up out of the blue. I think a film could actually be a lot of fun if it took this plot seriously and had an ensemble nature like this. It’s hard to picture nowadays since they want every character to have his own film but it could definitely be a blast.

The animation is your classic stop motion style from the creators of Rudolph so you either like the animation or you don’t. Personally I consider this to be one of the weakest animation styles. I’ll take flash or CGI over stop motion any day. That being said, I’ve seen a lot of stop motion films over the years and among those this one holds its own well enough I’d say. They definitely had to get a lot of different character designs to make it work so that’s pretty impressive. They even got unique character models for everyone at Felix’s ice cream shop and those guys don’t appear after the opening. I thought they made for a pretty fun group and I actually missed the store a bit. It was an effective way to introduce us to Felix.

As a character Felix is fun enough. He’s determined to do the right thing and is very polite. I do think his romance with Francesca is pretty rushed to say the least though. As for Francesca, she’s a pretty fun character. She can certainly fight which is always handy and she’s willing to make the tough calls like sacrificing herself to let Felix get away. In general the film has pretty strong writing so that translates pretty well to the characters. They’ve always got a lot of good burns and comebacks at the ready for every situation. In particular I think Frankenstein’s monster fans will be pleased at his portrayal. No, he doesn’t get any witty comebacks or things of that nature but his raw power is given a ton of respect. He’s shown to be far more powerful than Dracula after all. Only King Kong would likely be above him.

All of the characters get their time to shine even if some get bigger roles than others. For example, Dracula gets a big role while the Mummy rarely gets to do anything. The movie had to balance quite a few monsters though so I think it did a good job with what it had. I also still think the sheer amount of iconic characters was impressive. I’ll also give the movie some props for the ending. I thought it threw in a pretty good twist with some wrinkles to keep you guessing. The ending certainly wasn’t an expected one at the very least and makes you re-think the whole movie.

As mentioned earlier, my only problem with the film would be that it just lasted a little too long. I feel like it would lose focus mainly in the second half as the premise started to be played out. You can only make fun of the characters for so long before you need to do something more with the story. A good script can help you avoid that but even these characters had already started to use up all of the witty banter. It’s not something that would make me turn you away from checking out the film but certainly slows its momentum.

Overall, The Mad Monster Party is worth checking out. I always like a good crossover and this one certainly fits that bill. If I was the film one change I would make though would have been to add Rudolph the Red Nosed Reindeer since he’s so iconic. I know that he’s not a monster but that could have been part of the joke as everyone keeps referring to him as one anyway. There are always more characters you can add though so that’s a pretty minor point. So long as you want a fun film with a lot of good banter then this is definitely one you’ll want to check out.